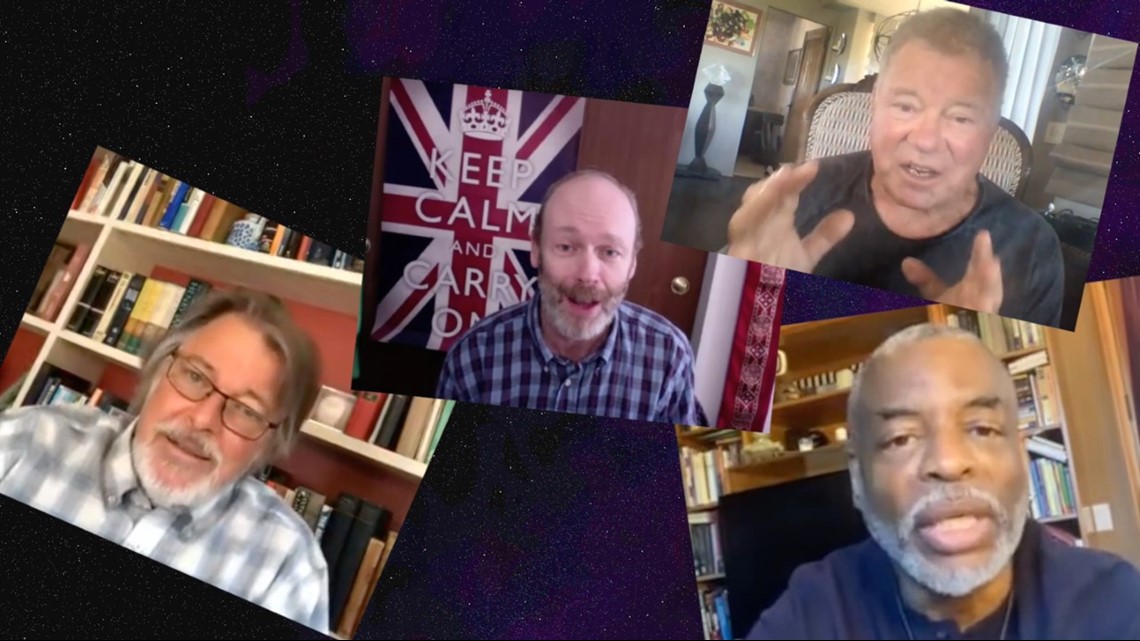 Celebrities such as William Shatner and John Cleese have joined the astronomy and science professor’s class.

BLOOMINGTON, Ind. — College professors all over the country are trying to figure out ways to make their virtual classes more exciting during the pandemic, and it looks like an associate professor at Ivy Tech in Bloomington may have cracked the code.

Kurt Messick teaches astronomy and science at Ivy Tech Community College in Bloomington. After 31 years at Ivy Tech, Messick was looking for a way to liven up his online classes this semester during the pandemic. So he started reaching out, asking celebrities to record messages to his students about the importance of science in our lives.

“I decided after the summer in our break period, I would reach out and one of my friends said that I carpet-bombed Hollywood with requests,” Messick said. “I thought I might get two or three or four responses, and and I ended up getting 45 responses within four weeks!”

Messick ended up snagging several big name celebs like William Shatner from “Star Trek,” John Cleese from “Monty Python” and Christopher Lloyd from “Back to the Future” to give his class some shoutouts!

“(John Cleese) was my very first one, and he was the one who gave me the inspiration to do this for my classes,” Messick said. “My students just sort of went wild! They were like, ‘You’re talking to John Cleese!’”

What’s the secret to Messick’s success when it comes to luring well-known actors to his virtual classes?

“I think Tricia Helfer who played ‘6’ on Battlestar Galactica said it best,” Messick said. “She was in her hotel room in Vancouver in quarantine for two weeks because she had come out from LA. She said, ‘I’ve got nothing better to do right now. Why not talk to Kurt’s class?!’”

And if you see a running theme that most of these stars are from movies and TV shows with science fiction themes, that’s intentional.

Most importantly, what do Messick’s students think about these virtual celeb drop-ins?

“Oh, they just love it!” he said. “My students have really appreciated the way that people from other walks of life have come in to say, ‘Hey, you’re doing a good job! Keep it up! We need you!’”