People flying through Charlotte Douglas International Airport could be in for packed lines this week, as the airport prepares to see its busiest days of travel since the start of the coronavirus pandemic.

The busiest single day of travel during the Thanksgiving holiday is expected to be this coming Sunday, with 22,000 passengers starting their travel from Charlotte, CLT chief operating officer Jack Christine said in a recent news conference at the airport.

Nov. 24, 25 and 28 are expected to be other high-traffic days around the Thanksgiving holiday, with roughly 17,000 passengers leaving Charlotte. Those numbers don’t include the “tens of thousands” of people flying through the airport with connecting flights every day, according to airport officials.

But those holiday travel numbers are still much lower than last year’s passenger tally. In 2019, the Charlotte airport averaged 33,000 to 38,000 people starting their travels out of CLT per day.

Still, the airport expects to see a spike in travel this week after months of slow recovery from a deep drop in air travel starting in March and April due to the coronavirus pandemic.

The airport wants to make sure passengers are prepared to see a busy airport and urges travelers to continue social distancing and wearing masks while moving through the building, Christine said.

“We want folks to understand that when they come to the airport over those couple of days, it’s going to be busy,” Christine said. “There are folks that may be a little bit surprised with how many people are moving through the facility.”

In August, the number of passengers leaving the Charlotte airport surpassed 1 million for the first time since March. In October, the most recently available monthly report, nearly 1.4 million people boarded planes leaving CLT.

That’s the highest number of departing passenger since the airport reported nearly 2 million in February.

The airline will be operating an average of 460 daily flights out of the Charlotte airport over a 12-day period around the Thanksgiving holiday, Lopez said.

That’s still down from the more than 700 daily departures American operated during the Thanksgiving travel period last year.

American has launched a number of features to make passengers feel safer during flights and the check-in process.

The airline uses a disinfectant fog sprayed throughout planes to limit the spread of COVID-19 through airplane surfaces. The disinfectant fog lasts for seven days, but is typically sprayed more often than that, according to American.

And American requires passengers to wear masks during flights, said one of the airline’s chief pilots, Lori Cline. If passengers refuse to wear a mask, American will remove them from the plane, Cline said.

“That does happen — used to be every day,” she said. “It’s getting less and less as people become more and more accustomed to it.”

As passengers return, the airport is working to make the experience more COVID-19 friendly.

Using the airline’s new online parking tool, travelers need to book their parking 12 hours ahead, according to the airport.

CLT closed all but one parking lot in March as passenger traffic plummeted. Ahead of Thanksgiving, the airport has reopened all of its lots, Christine said.

The airport has opened hourly parking at the rate of $20 per day and long-term parking for $7 per day. And for the first time since March, the airport is reopening parts of the daily parking deck for $10 a day, Christine said.

The majority of the airport’s concessions offerings have reopened as well, after a challenging few months, Christine said. In fact, a few stores will be offering special menus for Thanksgiving, including Brookwood Farms BBQ in the Atrium and PZA in Concourse E.

“So if you are here, and you need some turkey and stuffing, we can help you with that too,” Christine said.

There have been some security changes made during the pandemic as well, North Carolina TSA Federal Security Director Kevin Frederick said

Passengers are now allowed to bring 12 ounces of hand sanitizer with them on flights in their personal bag — though TSA employees may need to inspect it, Frederick said. Passengers can also bring antibacterial wipes without limitations.

People can even bring Thanksgiving dishes with them on the plane, Frederick said. But if it’s a liquid, it needs to go in checked baggage.

Frederick also wants to remind travelers that guns and ammunition are never allowed through TSA checkpoints. So far this year, TSA at the Charlotte airport has discovered 43 firearms, he said.

At this time last year, TSA had discovered 67. But since passenger travel is so much lower, the rate of people bringing firearms to the airport has been much higher this year.

Mon Nov 23 , 2020
MACKINAC ISLAND, MI – Ready to slam shut the book on 2020 and get a jump-start on planning your 2021 vacations? So are we. Several hotels and resorts on Mackinac Island will be rolling out Black Friday and Cyber Monday deals on lodging reservations, vacation packages and more items in […] 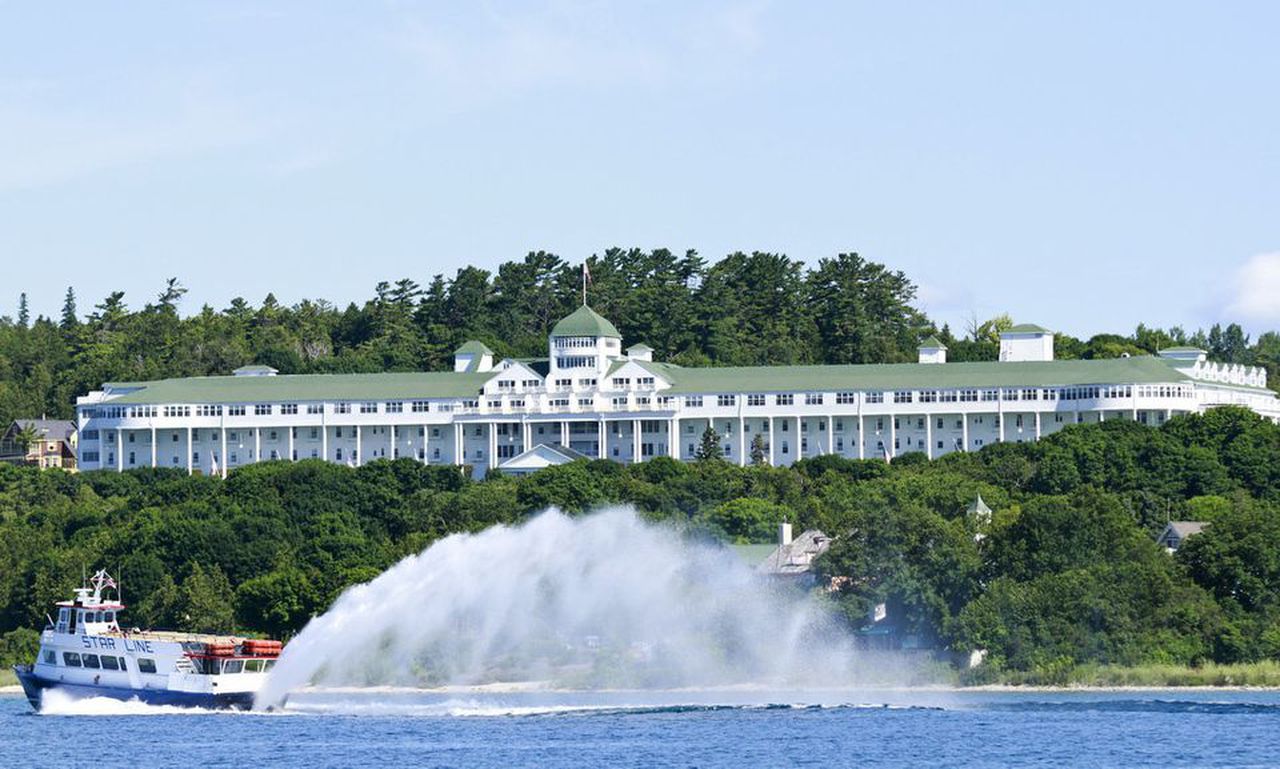