Over the last decade, video game creators have poked at more adult topics like depression, parenthood, and grieving for lost loved ones. It Takes Two continues the trend, adapting a broken marriage into a cooperative action-adventure game.

Cody and May have decided it’s better to break up than to stay together. But when their child Rose unwittingly curses them into the bodies of dolls, the couple must learn to love one another again with the help of The Book of Love, a talking, anthropomorphic book with a questionable accent that vacillates between Italian, French, Spanish, and Unplaceable. What better way for two players to explore the trials of a spousal separation than through physics puzzles and platforming challenges?

This co-op-first mentality is no shock given that It Takes Two was created by Hazelight Studios, which made a name for itself with its two-player prison escape family dramedy, A Way Out. It Takes Two is equally reliant on bringing another player into the fold (either via an online connection, or in couch co-op). To lower the bar of entry, the game actually comes with a “Friend Pass” that allows you to invite anyone to join you online, even if they don’t own the game themselves. Whether someone else should join you on this journey is another question entirely.

Since two players are mandatory in It Takes Two, we (Plante! Frushtick!) played together as would-be divorcees May and Cody.

The actual game manages to be even stranger and more unsettling than its elevator pitch suggests. One minute, we’re watching a cutscene of Rose being neglected by the comatose bodies of her parents, whose consciousnesses have been transported into invisible toys; the next moment, we’re a pair of sentient dolls killing squirrels with a tiny missile launcher attached to a toy plane kept afloat by a man’s heart-patterned boxer shorts.

We constantly wondered who It Takes Two is for as we made our way through the game. The writing feels like a throwback to a different time, with the subtlety and emotional depth of a TGIF sitcom. Its representation of marital conflict is thinner than what we saw in the glut of 1990s divorce movies (Mrs. Doubtfire, Liar Liar, The Santa Clause), never unpacking the couple’s actual problems. The game repeatedly emphasizes that divorce can be solved if the couple can just learn to like each other again, always pivoting when the story gets too close to questions about money, sex, and the responsibilities of child-rearing. It would seem the target player is a child who wants to hold onto a deeply simplistic idea of relationships.

But kids are unlikely to enjoy the many outdated references (the Pringles jingle, “Double Rainbow!”) and pun-laden dialogue in It Takes Two. With little notice, the game will take a turn so adult and dark that some parents playing with kids may rush to turn off the console. At one point, Cody and May decide that the only way to reverse the spell that’s been cast upon them is to get their daughter to cry on them. (To be fair, this is almost entirely Cody’s idea.) To pull this off, the couple conclude that they need to kill their daughter’s favorite toy, a stuffed elephant named Cutie.

Like the dolls that Cody and May now inhabit, Cutie has been brought to life by the spell, and upon learning of the assassination plot, the elephant begs for her life. “Where are you taking me? Please stop!” she screams, as the couple drags her to an untimely death at a nearby cliff. While being dragged, one of Cutie’s ears gets caught on a nearby seam ripper, and it’s torn off with a tug from Cody and May. “You don’t have to do this! I love Rose!” Cutie cries, just before she’s kicked to her death.

Bizarre choices like this ripple throughout the story of It Takes Two. The writing is far too childish and simplistic to be enjoyed by adults, but includes turns so dark that it’d be problematic to expose kids to the game. Its ending rings particularly dishonest and unearned in its immaturity.

The gameplay of It Takes Two fares better than its writing, though its quality fluctuates dramatically through the 10-hour journey.

Whether you play online or on the couch, both players will watch the action in split-screen, allowing for both parties to see their partner’s perspective — a boon for collaboration. It’s a choice that sacrifices visual oomph for readability, and further establishes Hazelight Studios as a prominent creator of cooperative games.

It Takes Two is divided into chapters set in various corners of the family’s house, yard, and garden. In nearly every section, May and Cody have unique skills that must be paired together to combat enemies or solve puzzles. In an early stage, Cody fires explosive honey that sticks to hornets and wooden barriers. May fires matchsticks that can ignite the goo, causing wonderfully exaggerated explosions.

Because no gimmick is particularly rich or deep, the game works best when it’s moving quickly from one style of play to the next, like a narrative-heavy party game.

The pace slows dramatically in the second half, though. A number of chapters go on far too long, with The Book of Love demanding that the couple complete three mini puzzles to unlock an elevator, granting access to another three mini puzzles. These redundant tasks eventually lead to one missing piece of a larger objective. By the end, we felt as though we were completing a marriage counseling checklist for this pestering talking book, rather than watching a couple have meaningful conversations and experience sincere change.

Time and again, the game undercuts itself. May and Cody survive a thrilling stealth mission involving drowsy moles, only for the talking book to appear with more busywork. A lovely cutscene is interrupted by the talking book hip-thrusting the air and shouting empty romance tips. The book becomes a symbol of dread. When it appears, we know the air will be sucked out of the room.

In need of an honest partner

It Takes Two is a collision of two sub-subgenres of 1990s cinema: the family divorce dramedy (Mrs. Doubtfire, Liar Liar, The Santa Clause) and the “what if I were even smaller?” kids comedy (Honey, I Shrunk the Kids; FernGully; The Borrowers).

This is a story about divorce in which we found ourselves rooting for divorce. Cody and May seem not only loveless but also like toxic parents. Taking advice from such an unlikable source — the awful talking book — makes their arc even more unbelievable and misguided.

And yet, like all those films listed above, It Takes Two is occasionally kept afloat by its developers’ willingness to make inexplicable creative decisions. For every bit of the game that annoyed us, another would have us staring agape at the absurdity of it (see: squirrel murder and stuffed elephant torture).

Most big-budget games could use an editor to trim away the unnecessary bits that seem to exist to pad the length of the adventure and justify the price on the box. It Takes Two would benefit from a similar trim, requiring a more experienced writer to fix the weak narrative and dialogue, alongside a producer to make the tough choices of which segments of the game are fun versus those that are downright dull.

Without that edit, the game feels unbalanced, like a solo performed by a singer going on one too many runs, unaware that the audience has shifted from entertained to annoyed.

It Takes Two will be released March 26 on PlayStation 4, PlayStation 5, Windows PC, Xbox One, and Xbox Series X. The game was reviewed on Xbox Series X using download codes provided by Electronic Arts. Vox Media has affiliate partnerships. These do not influence editorial content, though Vox Media may earn commissions for products purchased via affiliate links. You can find additional information about Polygon’s ethics policy here.

Lord of the Rings’ 20th anniversary: Stream the trilogy for the perfect late-quarantine watch

Wed Mar 24 , 2021
There’s a quote from Peter Jackson’s 2001 film The Fellowship of the Ring where Gandalf says, “All we have to decide is what to do with the time that is given to us.” (If you want to be a real nerd about it, in the original J.R.R. Tolkien novel the […] 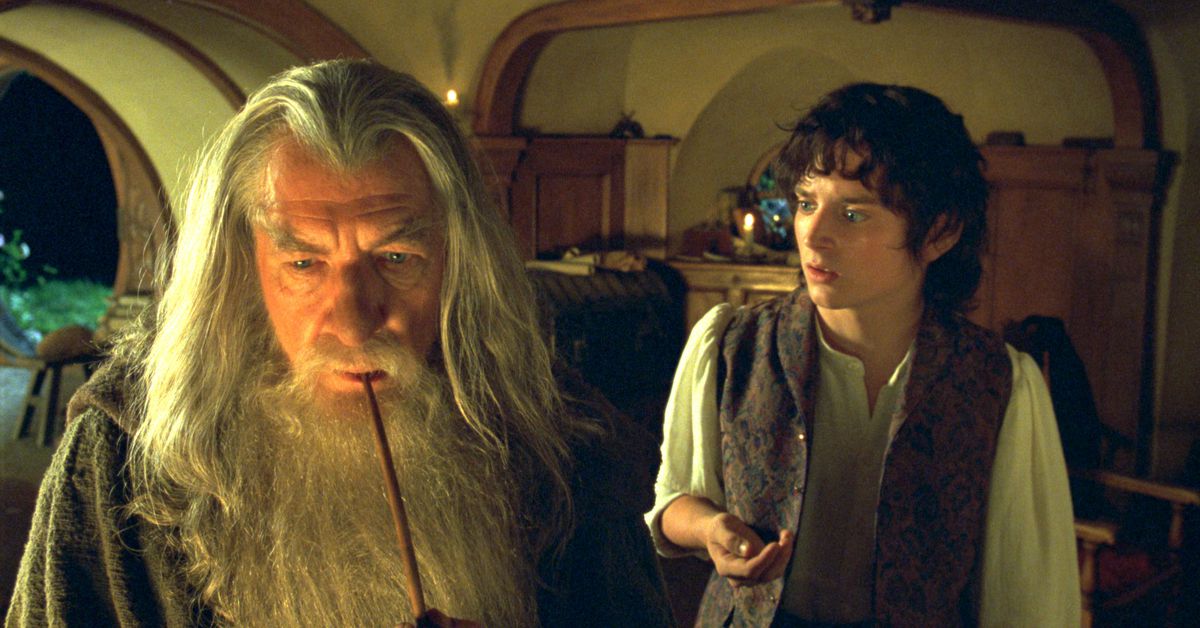