Mytheresa is going public. Or at least that seems to be its intention after its Netherlands-based parent company said this week that it had filed paperwork for a proposed initial public offering with the US Securities and Exchange Commission.

According to market reports, Mytheresa aims to IPO in early 2021 and is seeking a $1 billion to $1.5 billion valuation. This would generate a substantial return for owners Ares Management and Canada Pension Plan Investment Board, which acquired the German e-tailer in 2014 via Neiman Marcus (which they then controlled) for about $253 million.

Mytheresa’s backers first began exploring strategic options for the business in April 2019, soon after an estimate by Goldman Sachs valued Mytheresa at $1 billion. But it’s not surprising the company is seizing the current moment to make a move.

A vaccine promises a return to relative normalcy next year, but neither consumers nor retailers are likely to unlearn the digital behaviours they adopted under lockdown. Covid-19 is widely expected to prove a long-term accelerant for digital sales of luxury goods.

Mytheresa has made online luxury profitable where others have struggled, keeping customer acquisition costs down with a sharp focus on a highly specific cash-rich, time-poor customer and a tightly curated product assortment and customer service operation to match. But a big part of Mytheresa’s success comes down to discipline and scale. The company hasn’t pursued the rapid, marketing-fuelled growth that has derailed larger competitors.

Mytheresa generated €450 million in the year ending in June 2020, making it far smaller than luxury e-commerce leaders like Farfetch and Yoox Net-a-Porter. The Munich-based company is underpenetrated in China and the US, the world’s largest consumer markets, where the e-tailer has significant growth potential. But in a crowded online luxury market, where too many players are chasing the same customers and even giants are under pressure to consolidate, can mid-sized Mytheresa deliver the return shareholders expect?

It’s too soon to know.

Scale was certainly the logic behind Farfetch’s recent Alibaba deal, which gives the fashion platform awesome reach in the world’s largest luxury market. And rising customer acquisition costs and the logistical friction and expense of managing shipping and returns inherent in luxury e-commerce clearly favour players with financial and operational heft.

But consumers may be thirsty for the opposite. “For the consumer, bigger isn’t better,” said retail consultant Robert Burke. “People want more edited, focused product selections.”

A more special front-end experience, rooted in tight curation and impeccable service was critical to the early success of luxury e-commerce pioneer Net-a-Porter, but scale diluted its point of view and personal touch, making space for the rise of smaller players like Mytheresa and MatchesFashion.

So, is the future of luxury e-commerce big or small?

The answer to the riddle may be both. Niche players may coexist with giants. But most advantageous of all may be a marriage of the two, whereby a goliath plugs a niche player into its platform, uniting a more personal consumer experience with the advantages of scale.

Amazon and Facebook have signalled their interest in luxury e-commerce, but observers are sceptical the tech behemoths could make good on a luxury acquisition.

“The problem for an internet giant like Amazon or Facebook to buy a multi-brand retail specialist is that of buying an empty shell — brands could get scared and depart,” said Bernstein analyst Luca Solca.

And yet it’s not hard to imagine a hyper-focused e-tailer like Mytheresa plugging into a larger player like fellow German platform Zalando, one of Europe’s largest fashion e-tailers, which has heft and interest in the luxury space but lacks the cache and customer base.

It’s still early stages in the luxury e-commerce race, but in a market that’s ripe for consolidation, merging specialness and scale may be a winning proposition.

THE NEWS IN BRIEF

FASHION, BUSINESS AND THE ECONOMY 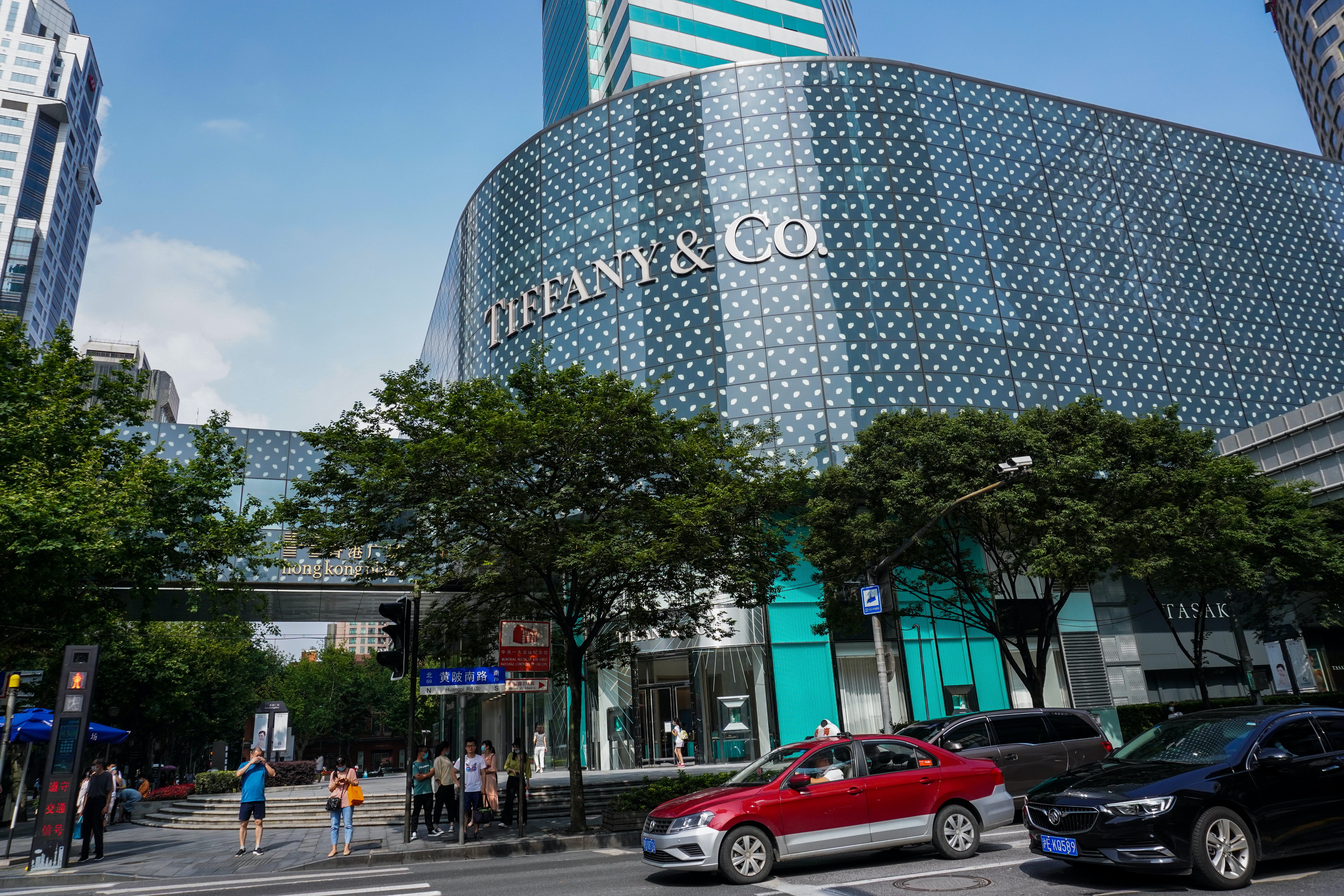 Tiffany beats profit expectations as China demand soars. The American jeweller’s net sales fell about 1 percent to $1 billion, against expectations of $981 million. Investments in its online business during the pandemic have paid off and e-commerce sales surged 92 percent in the quarter.

L Brands replaces Victoria’s Secret CEO. The abrupt reshuffle sees the head of L Brand’s international division Martin Waters take over, ousting John Mehas after less than two years in the role. Mehas was appointed to oversee a turnaround at the ailing lingerie brand, but for much of his tenure, the company looked like it was flailing.

Struggling J. Crew replaces another CEO. Jan Singer, who only joined the ailing retailer in February, will be succeeded by Madewell chief executive Libby Wadle. She will add J. Crew to her responsibilities, once again unifying the leadership of the group under one CEO.

Report: Topshop bankruptcy imminent. British high street empire Arcadia Group could file for administration as early as Monday after talks with lenders to secure an emergency £30 million loan failed, according to Sky News. Arcadia’s Topshop and Topman brands are its most valuable assets and could be sold for hundreds of millions of pounds if the insolvency is confirmed, Sky reports.

Gap falls amid weakness at namesake brand. The company is closing poor-performing Gap stores where sales declined by 14 percent in the third quarter, while shifting the brand to an online focus. Banana Republic is also lagging, with sales declining 34 percent, while at Athleta sales rose 35 percent.

Balenciaga to show fall collection via video game in December. The video game called “Afterworld,” set to be released December 6, will present the brand’s Fall 2021 collection as well as offering players a chance to navigate an “allegorical adventure” set in 2031.

Rubric initiative launches to support emerging creatives of colour. The new London-based organisation, which is made up of more than 50 prominent industry figures, is looking to address the fashion industry’s barriers to entry through a series of educational and financial resources.

THE BUSINESS OF BEAUTY 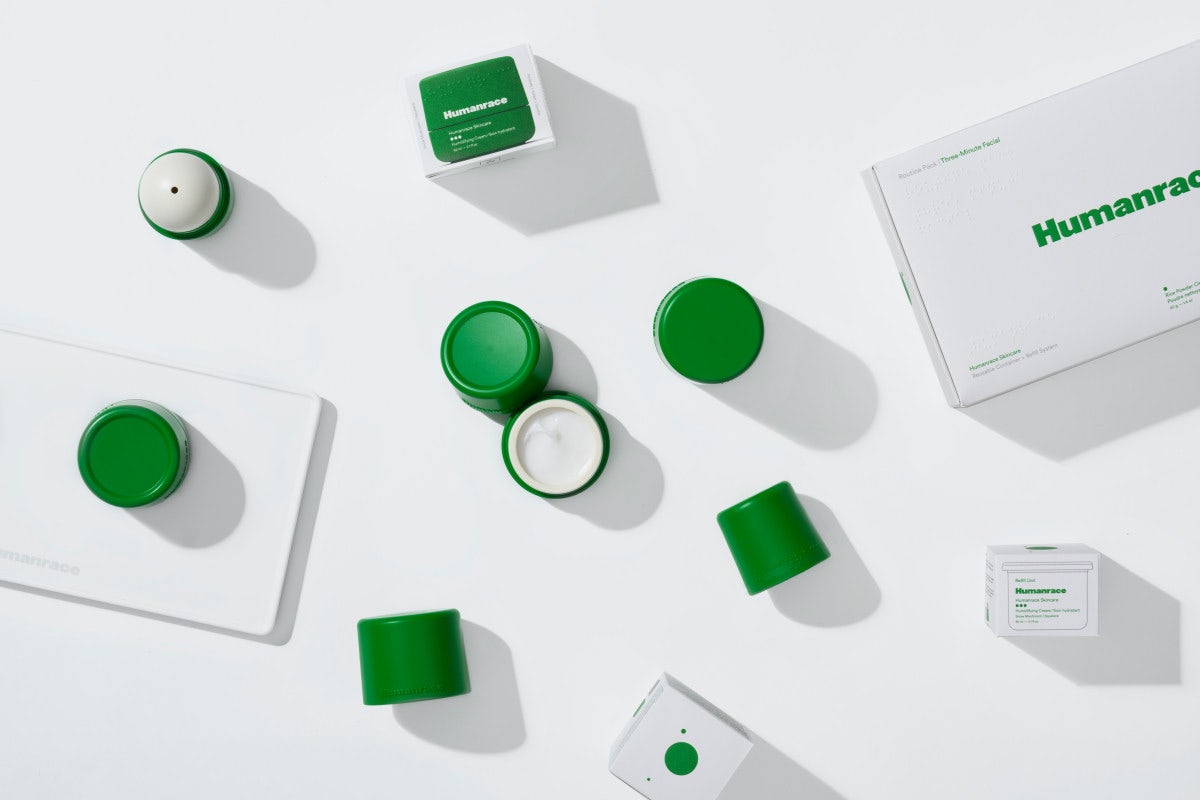 Unilever to acquire SmartyPants Vitamins. The beauty group’s acquisition of the American supplement brand reflects an interest in expanding its portfolio of purpose-led brands in the health and wellness space. The terms of the deal, still subject to regulatory approval, were not disclosed.

Nail salons have lost half their business due to the pandemic. Salon owners in New York saw an uptick in visits when lockdown measures eased in July, but demand has since dwindled. Visits are down 50 percent and sales are down more than 40 percent, according to the Nail Industry Federation of New York. In the UK, hair and beauty salons face a 66 percent drop in December bookings compared to last year. 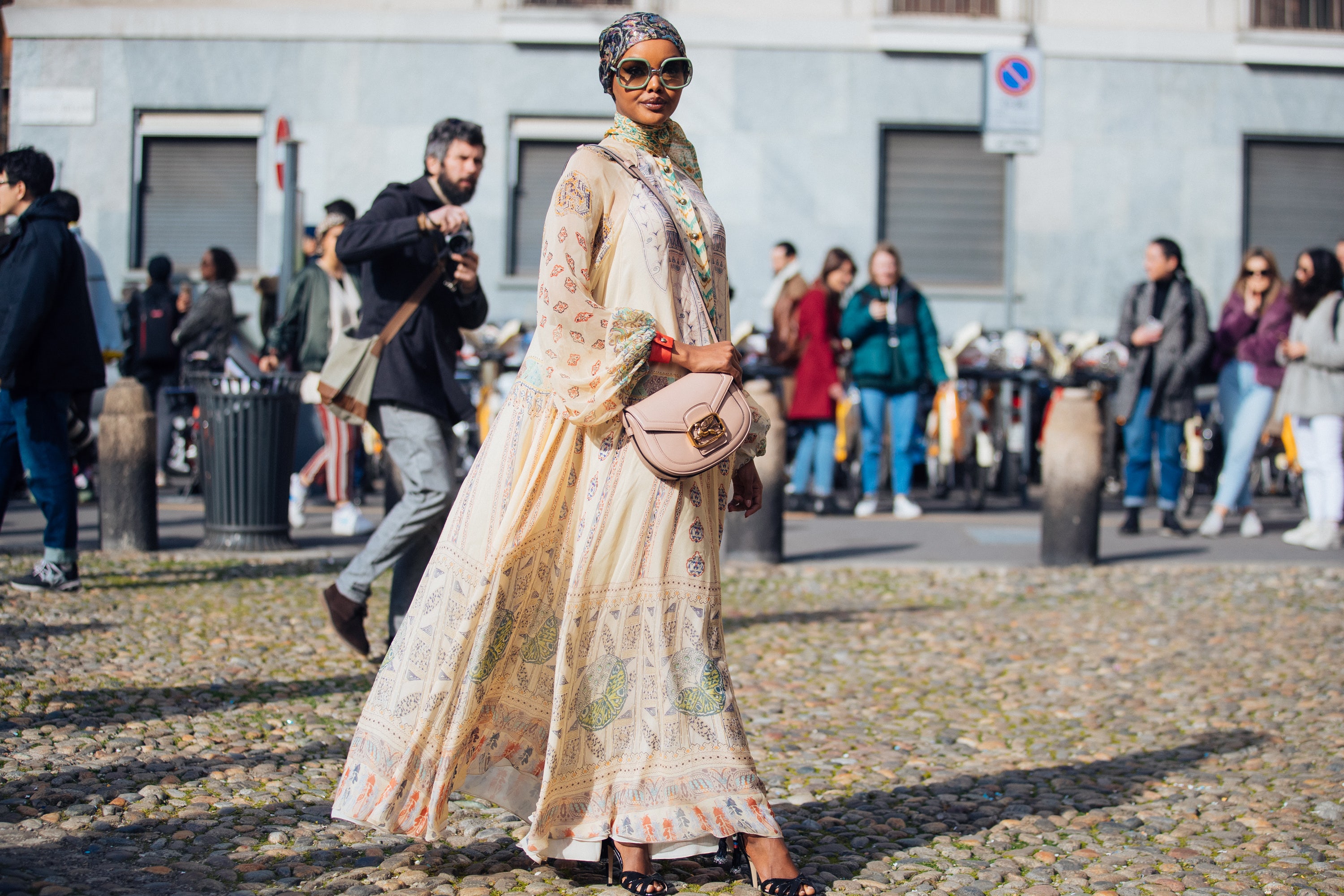 Model Halima Aden quits runway over religious beliefs. She was one of the first women to wear a hijab and get signed to a major modelling agency, but said working with the fashion industry had forced her to compromise her religious beliefs. Going forward, Aden said she will only carry out modelling work that would allow her to keep her hijab visible in a way that is appropriate to her.

Chiara Ferragni inks new children’s clothing licensing deal. The Italian mega-influencer announced a five-year licensing agreement with Monnalisa. The new line of clothing, focused on children up to 10 years of age, will launch with an Autumn/Winter 2021 collection, according to a press release. 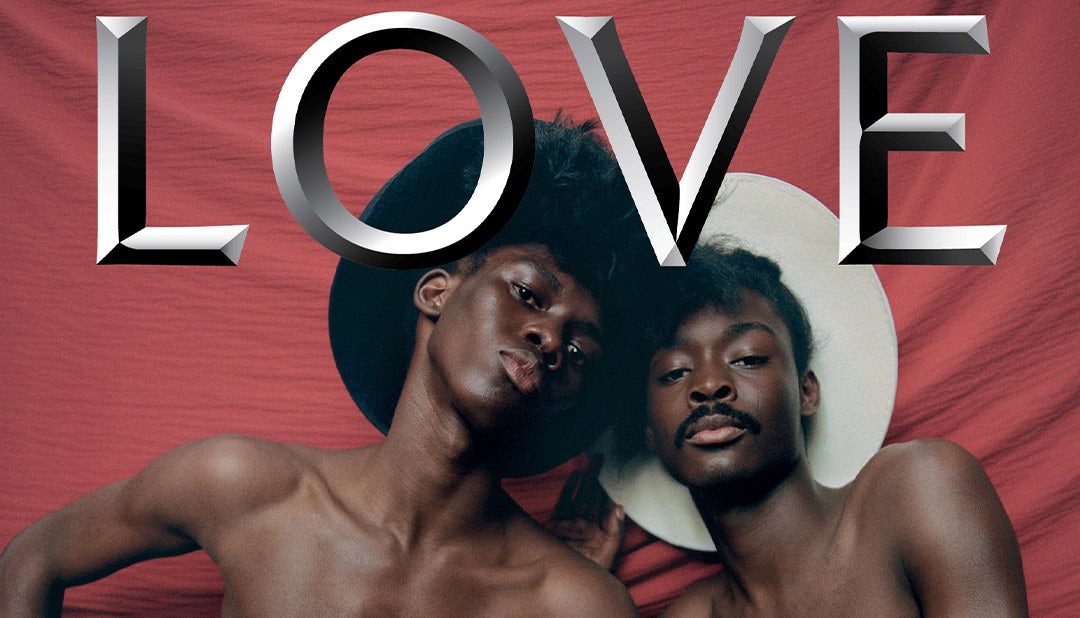 Condé Nast puts Them editor-in-chief in charge of Love Magazine. Whembley Sewell is taking over two months after stylist Katie Grand announced her exit from the bi-annual fashion magazine she founded in 2009. Under its new management, Love will broaden its range of coverage to include issues of identity and inclusion, alongside fashion, and move to a base in New York. 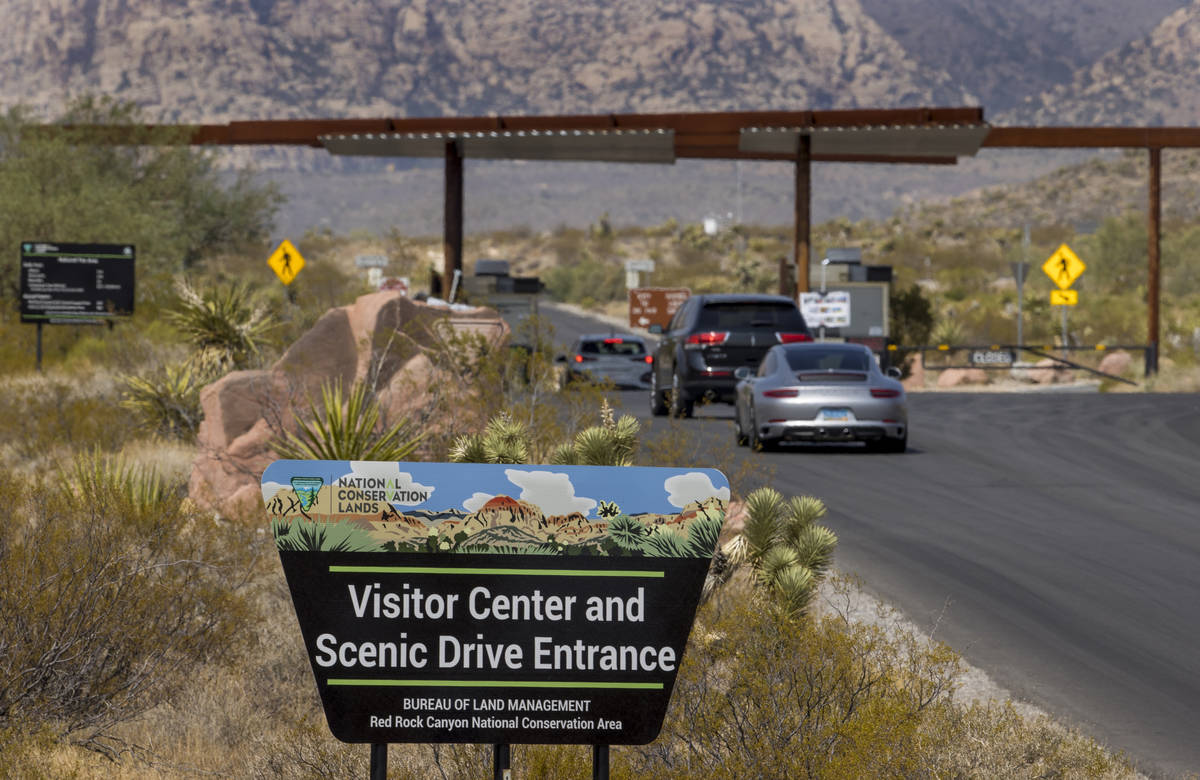