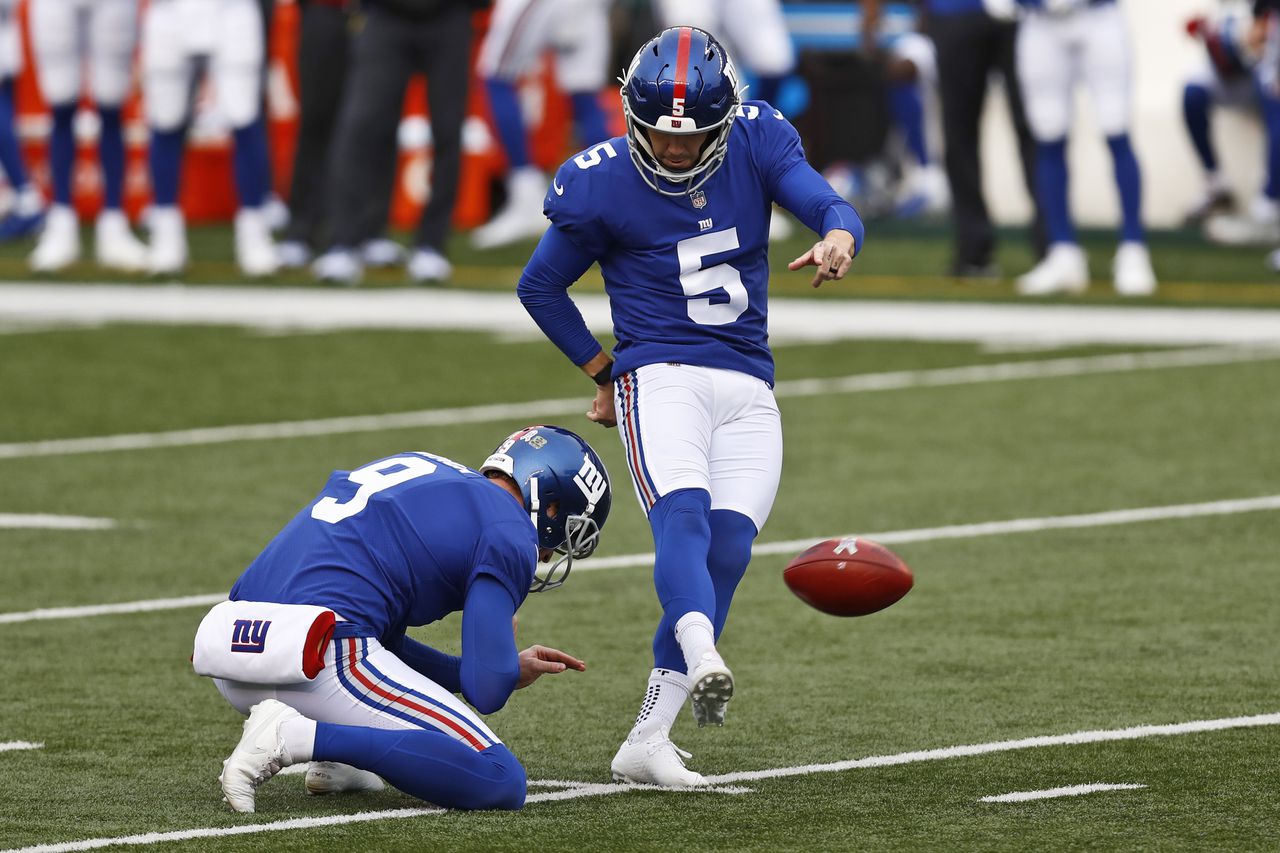 On Graham Gano’s worst days, he’d sit and stare out the window of his hotel room, isolated from the world. Like a kid grounded by his parents at home, the Giants kicker longed for the chance to get outside and play with his friends.

He was tired of staring at his phones. “Netflix and Chill” isn’t as enjoyable when you’re stuck in a New Jersey hotel room for 10 days. An NFL team’s bye week is supposed be relaxing, a respite from the grind of a grueling season, but Gano’s was stressful. He called it “terrible.”

Sign up for Giants Extra: Get exclusive news, behind-the-scenes observations and the ability to text directly with reporters

Gano had an “aggressive” fever, body aches and a headache. For a little while, he lost the ability to taste food.

On Nov. 15, Gano helped the Giants beat the Eagles, making two field goals. That day, he signed a three-year contract extension to lock him in with the Giants through the 2023 season.

“Man, it was rough,” Gano said on Sunday. “We go from the high of beating the Eagles and then finding out the next day I had Covid … (it was) a bit of a roller coaster, but I’m happy that I was able to come back and play today.”

For those 10 days — the minimum required in isolation by the NFL before returning — the closest thing Gano had to in-person interaction was when COVID-19 tests were conducted and when Giants sent team employees to deliver him food or whatever else he needed.

“Obviously, this is a guy who is probably going stir crazy,” Giants coach Joe Judge said this week. “He’s chomping at the bit to get back with us.”

To stay prepared for the Giants’ game against the Bengals on Sunday, he set up a makeshift net in his hotel room and practiced kicking — “I just wanted to make sure I was getting some reps in somehow,” he said. “I was able to get that and not make any neighbors mad.” — but didn’t practice with the team all week.

Gano was activated off the Reserve/COVID-19 list on Sunday morning, and his first reps with teammates didn’t come until warmups before the game.

He admitted to some rust — he took responsibility for a poor kickoff that led to a 102-yard Bengals kick-return touchdown in the first quarter — for Sunday’s game, but shook it off and might’ve been the Giants’ MVP. He made all three of his field goal attempts and has made 23 in a row overall this season. The Giants won 19-17 and are in prime position to win the NFC East.

After the game, Gano admitted he still felt fatigued. It’s too early to tell if Gano will suffer any lasting effects as a result of contracting the coronavirus, as many others do. Still, Gano was never concerned about his well-being, even while he was locked away, alone in a hotel room.

“I don’t think there was a time I was really worried,” Gano said. “I mean, there were things here and there that I had to kind of work through (on Sunday). But at the end of the day, they trust me to go out on the field and kick the ball, so I was able to do that.

Now, Gano is another statistic, one of millions to test positive for the coronavirus. After quarantining for 10 days, Gano has a greater appreciation for the time spent with his teammates.

“That was terrible,” Gano said of the quarantine. “You know, there are so many people around the world right now struggling with the same thing, so I just feel blessed and fortunate I was able to come out of it and be fine. But there are a lot of people out there that aren’t so fortunate right now. I feel like you’ve just got to keep praying for those people and I’m just happy that I was able to have good care around me. I was able to come through.

Zack Rosenblatt may be reached at [email protected]. Tell us your coronavirus story or send a tip here.