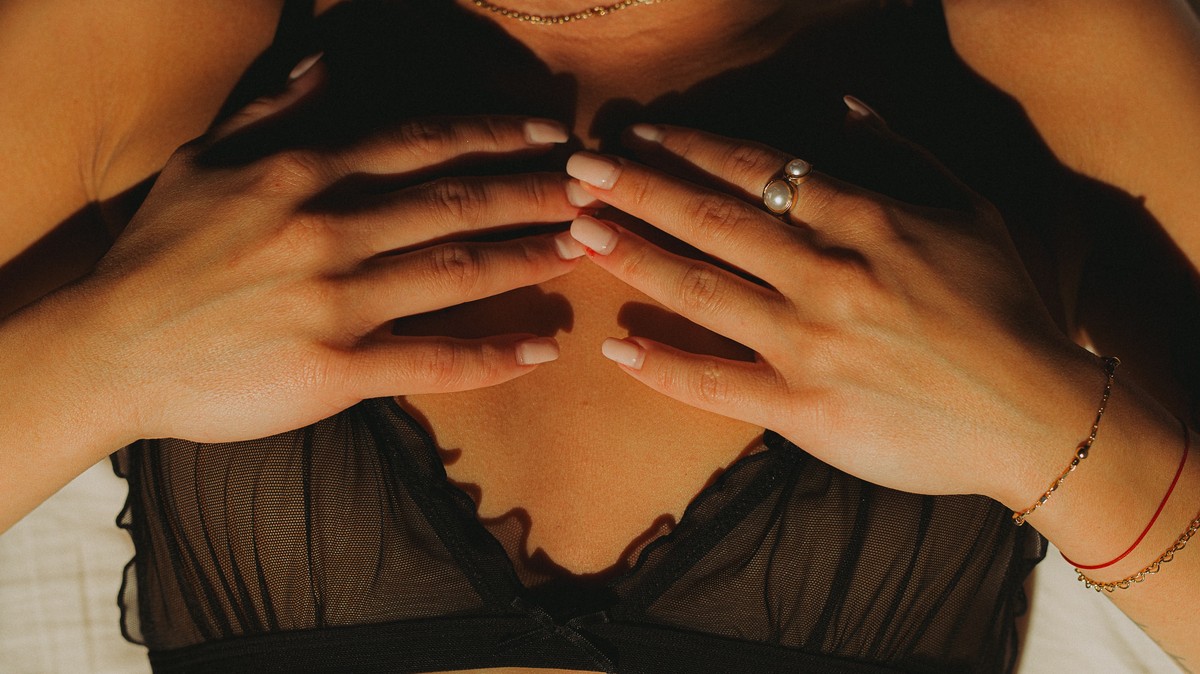 Discourse around sex and sexuality are pretty hush-hush on the little red dot. In Singapore, a country where gay sex is technically a crime and being naked in public is considered illegal (including private places exposed to public view), laws governing the sex industry are notoriously selective. But don’t be fooled by the strict laws and harsh penalties; beneath the spick and span cityscape is a thriving OnlyFans scene.

“I’ve gotten really weird requests like period blood, piss, armpit fetish…the strangest one was blasphemy,” Ris, a self-employed content creator on OnlyFans told VICE about the messages she would get from fans. The 20-year-old has amassed over 1,000 subscribers since joining the platform last year and has gotten offers as high as $300 for unconventional photo and video requests.

Like many other OnlyFans content creators, Ris got her start posting lewds — NSFW photos that don’t include full-on nudity — on Twitter. Then, she started getting offers to take personal requests.

“If I could post my bare ass on Twitter, I would, but I would rather earn money off my ass, so I would just post it on OnlyFans…I’m just a gold digger, let’s put it that way,” Ris said with a laugh.

Jokes aside, though, she’s making pretty decent coin from her OnlyFans stint. According to Ris, income from the platform has allowed her to “live comfortably” and have money be “always unlimited.”

Freedom, at last (but not really)

“Social media platforms are democratizing technologies, meaning that anyone with access to the right hardware and software can create digital content [and] digital space for themselves,” J. Patrick Williams, an associate professor of sociology at NTU, told VICE. “People who may not fit mainstream or traditional culture-industry sensibilities can still offer their content or themselves for consumption. This may be particularly relevant for people who participate in sexual subcultures and who are seeking interaction not with mainstream populations, but with more specific audiences.”

For example, VICE spoke with a 22-year-old OnlyFans content creator who specializes in cosplay.

“I’ve been posting NSFW photos online for many years already because I enjoy modeling and teasing people,” she said, citing e-girl internet personality Belle Delphine as her inspiration to foray into the OnlyFans scene.

Annie*, a 22-year-old full-time designer, joined OnlyFans to fulfill her desire to post sexy photos online and, at the same time, monetize her hobby.

“I really do enjoy wearing nice lingerie…but [I was] very hesitant to post it on Instagram because [I would] think, like, ‘what will people think of you?’ ‘Do I really want to show that much?’ But on OnlyFans, it’s a lot more freedom because you can technically post whatever you want,” she told VICE.

“In the Singapore context, with so many people living with family and the ban on large gatherings, [finding a location to film] is a big problem actually,” he said.

Where privacy is a scarcity, Dan alternates between hotel rooms and public locations to film his content. He typically finds a deserted location where there are no CCTV cameras installed and where passersby can be easily spotted.

The widely accessible platform may have little barrier to entry, but being an OnlyFans content creator isn’t as simple as picking up your phone and hitting record.

He does it anyway because for him and others on the platform, OnlyFans provides a sense of thrill and freedom that are hard to come by.

Amid conservative cultural norms and social pressure, the act of coming out as LGBTQ in Singapore often remains fraught with trepidation and misunderstanding. OnlyFans has created space for local youth to introduce their own narratives in expressing their sexuality.

As for Annie, joining OnlyFans was an act of liberation. But even after six months of posting, she still finds herself toeing a fine line between apprehension of social judgement and the desire for self-expression.

“I would…erase my tattoos and everything and crop out my face,” Annie said of the racy photos she uploads on OnlyFans. “So it’s literally just a body…a very generic body.”

The stigma surrounding OnlyFans content creators does not come as a surprise in a country where sex is still taboo. Singapore’s education system, for example, has always taken a conservative approach to sex education. According to the Ministry of Education, sex ed is meant to “help students develop a moral compass” and focus on “positive mainstream values and attitudes about sexuality that are premised on the family as the basic unit of society.”

Meanwhile, mainstream society remains reluctant to address contemporary issues surrounding sex, preferring such conversations to be locked away in the privacy of the bedroom. This has created a huge disconnect between the public and private spheres of Singaporean society.

Besides the iffiness surrounding the legality of sex work, the problem of dense, overlapping social circles in the small city-state also means that content creators are more concerned about staying anonymous, since their subscribers might well be people they know in real life.

Sometimes, your online alter ego makes its way into your closest offline circles, and that’s when things can get messy. Annie’s OnlyFans endeavor was first revealed to her family when her brother’s friends came across her page. She has recently decided to leave the platform, after her father found out about her account and asked her to delete it.

“To him, it’s this different side of me that he has never seen before, I guess,” Annie said. “But I can understand that, as a parent, if you find out that your kid is doing this, you’ll probably be taken aback.”

When they shed their OnlyFans persona and head out into the real world, content creators also risk getting harassed for their online fame. According to Ris, her subscribers would send her inappropriate DMs when they spot her out and about, which makes her uncomfortable, especially since they’re almost always anonymous.

“I don’t go out as much as I want to,” she said. “I just don’t feel safe…that’s why when I’m in public, I don’t wear makeup. I wear ugly clothes so nobody knows me.”

Then there are the unreasonable demands. Some of Ris’ subscribers, who are used to seeing her post fresh content almost every day, see no excuse for her to fall behind schedule.

“I feel like they see me fully as a sex object, as opposed to a human being,” Ris said, recounting the time she was hospitalized for a week but still faced demands from her most zealous subscribers. “They [were] like ‘hey I don’t care you’re in the hospital, get well soon but show me some ass.’”

Sexual discourse has largely been swept under the carpet in Singapore, where conservative values and a sense of removedness characterize people’s attitudes towards sex work. But against the backdrop of Singapore’s furtive sex industry, OnlyFans provides a novel oasis for youths looking to satisfy their prurient curiosity.