As the coronavirus pandemic throttled physical retail this year and design houses raced into digital initiatives, the decision-makers at Carolina Herrera emerged in a fortunate position.

Unlike many of their peers, they weren’t suddenly rushing to remake their brands into something more “e” friendly. By the time the pandemic erupted, the work to transform Carolinaherrera.com from a company web site into an e-commerce destination had been underway for roughly a year.

Conjuring online storefronts can, and often does, happen much faster than that. But this wasn’t what Herrera executives had in mind. They didn’t merely want to list products for sale; they envisioned a full-fledged digital flagship store — one that mirrored the in-store experience while giving modern shoppers plenty to explore and savor.

“My mom always says that Carolina Herrera is all about evolution, not revolution,” Carolina A. Herrera, beauty creative director and daughter of the company’s founder, told WWD.

“It’s a fact – technology is indeed changing the way we experience beauty and fashion,” she said. “To many, that may seem troublesome and cutting edge, but to us, it’s all about exploring new ways of connecting and engaging with our consumers.”

After seven months of planning and 11 months of design, the web site relaunched on Aug. 26 with a new focus, sweeping new content and a host of new features.

One of its marquee launch features was a make-up configurator for lipstick and compacts. The tool allows shoppers to customize their own lipsticks and compacts — from texture and shade to the caps and cases, including flourishes that adorn the exterior such as tassels, bangles, letters and charms. A customer can even order a compact embellished with a gold ring and a beetle.

Rich multimedia, tips and editorial articles can be found site-wide, and a new, mobile-friendly interface brings the sort of swipe-and-click behaviors that live deep within the fingers of Instagram users.

Patrons can access the Try & Buy option for fragrances to receive perfume samples, and in a recent update, augmented reality make-up try-ons joined the list.

One can quibble whether all of that qualifies as evolutionary or revolutionary, but the goal is the same either way: According to Herrera, the online flagship’s raison d’etre is to translate physical beauty experiences to the online world.

“We, of course, wanted the new platform to reflect our core values, to burst with ‘alegría de vivir’ — Spanish for ‘joy of living,’” she explained. “From the very start, we conceived the site as a gathering hot spot, inviting our customers to enjoy a moment of beauty and to have fun as they navigate through the platform.

“At Herrera, we’ve always had an appetite for adventure and innovation, it’s deeply rooted in our DNA,” she added.

Indeed. While fashion and beauty businesses have experimented with digital features for years, it’s rare to see a luxury brand dive into all of them in short order and do so with success.

According to the company, the user loyalty base has jumped 50 percent, visits per user by 30 percent and page views per visit by 25 percent since the launch.

The Black Friday weekend brought more good news for the business. As of early Sunday, net revenues had already increased by more than 200 percent over the previous week, and growth in web site sessions and page views topped the week before, by 29 percent and 35 percent, respectively.

Carolina Herrera didn’t share online sales figures, and since the site didn’t previously have e-commerce features, there are no comparisons for bottom-line numbers. However, the company said that over the last two-and-a-half months, it has already surpassed its objectives for the full 2020 year across the U.S., U.K. and Spain, with conversion rates and average order value well above expectations.

Business-to-consumer online revenues are still nascent but promising, with more than six percent of the brand’s average monthly digital wholesale revenues in those three markets after just a few months. And the company expects the trajectory to continue climbing.

Consumer appeal may come from a mix of functionality and a carefully crafted approach that was conceptualized with a consumer-first mindset.

“We wanted to introduce a fresh design, maintaining the core elements of our brand while keeping our customers’ experience central to creative expression, meaning a complete rundown across all business units: fashion, fragrance and beauty,” said Wes Gordon, the brand’s creative director. Gordon has been key to this effort, being involved in all the creative processes since he arrived at the company in 2018.

“We wanted it to be jolly, colorful, very Herrera, and to reflect that perfect intersection of product and storytelling,” he said.

To manifest that the company brought in B-Reel, a digital agency with offices in Stockholm, London, Los Angeles, New York and Barcelona. The firm was instrumental in developing the new and apparently popular swipe-able interfaces for the site.

“Our design approach was to borrow from social media, so we created Stories modules,” said Marcelo Reis Melo, creative director at B-Reel. “The way that this site behaves is a little bit more engaging, more photos and content. And then content leads to sales.”

The decision even drilled down into nuts-and-bolts layout decisions. The e-commerce site works over both desktop and mobile, but B-Reel went with social-friendly size ratios, so Carolina Herrera won’t have to remake web site content for Instagram or other platforms.

While the agency developed the front end, it worked with vendors for the various features in the back end, such as Beauty by Holition for the AR beauty try-ons. Most recently, the agency has been busy with the brand’s latest campaign, a new holiday game that launched Monday. The feature is an interactive gift finder fashioned as a roulette wheel, in the spirit of Herrera’s Circus Theme of the Holiday Campaign.

Customers spin the wheel to search for gift ideas from the entire range of Carolina Herrera fragrances and best-sellers in its make-up collection. The gift finder is available on the web site, as well as in-store in 18 beauty doors, where shoppers can access it using QR codes. Participants are also eligible to win a free product.

The campaign will be activated across the web site, newsletter and ads across video and social channels.

The priority on social media at Carolina Herrera, evident in its Stories-like interface, also extends to shopping tags on editorial modules. According to Ana Trías Arraut, Carolina Herrera chief brands officer at Puig, “This also had the added benefit of being able to cross-pollinate our strong social media proposal across platforms without a high effort for modification.” That upfront work should pay off when the brand supports Instagram Checkout in the second quarter of next year.

More fascinating projects are on the way. For instance, a new perfume search engine is slated to go live in the first quarter of 2021. The fragrance profiler will allow the brand “to bring to life the composition of our fragrances and assess our consumers’ olfactive profiles, just like our beauty advisers do in-store,” added Herrera.

Puig, Carolina Herrera’s parent company, has already developed a proprietary database that defines each perfume based on its olfactive composition, its fragrance family, concepts associated with these families and fragrances that are similar. With this information cataloged, shoppers will have multiple ways to find their ideal match.

As soon as next month, the company plans to roll out another new augmented reality experience, this time for fashion.

Shoppers will get a unique view of key looks from Carolina Herrera’s fall/winter collection, thanks to a new tool developed by WebAR company 8th Wall. Using a smartphone, people will be able to place live-action models in the real world, as seen on their phone’s screen.

A similar AR experience for perfume bottles, which will also display fragrance composition, is in the works, as are plans to bring store managers into the online fold for virtual beauty advisers and fashion consultants.

While these shows of technology may seem profuse, the choices of where and how to apply them were actually measured, even judicious. Carolina Herrera wanted to bridge its digital flagship with the level of service that patrons could expect from brick-and-mortar locations, like its Madison Avenue or Dallas boutiques.

As Trías Arraut put it, “It was clear from the beginning that the site would need to deliver an immersive experience with an incredible attention to detail, putting the consumer at the forefront in the same manner as our physical doors.”

After a difficult year, that sort of attentiveness could be just what COVID-weary customers need. That, and a little alegría de vivir.

28 Ways to Feel Healthier Today, by a Doctor Who Knows

Mon Nov 30 , 2020
As a doctor, I know frightening health statistics are everywhere. We’re all getting fatter (obesity), developing chronic diseases (diabetes) and succumbing to potential pandemics (coronavirus). It’s all pretty scary. So how can we improve our health? Yes, we want longevity—but we want quality of life as well. Are there any […] 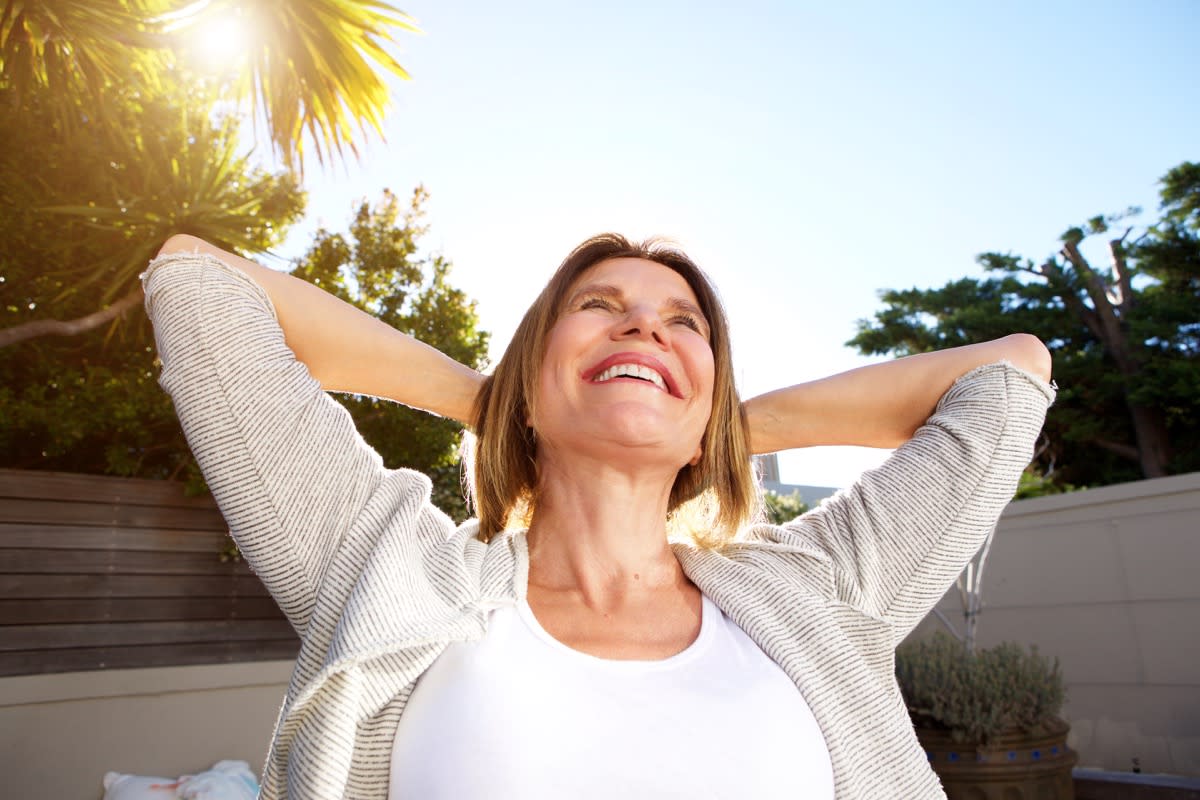