In an explosive complaint filed on September 14, an ICE whistleblower alleged that unwanted hysterectomies, a surgical operation that removes the uterus, were performed on immigrant women in ICE custody at a Georgia facility without their consent. The complaint is currently awaiting a full investigation by the Department of Homeland Security.

The whistleblower, Dawn Wooten, a nurse formerly employed at the Irwin County Detention Center (ICDC) in Georgia, maintained that while some women experienced medical conditions requiring hysterectomies, “everybody’s uterus cannot be that bad.”

The reported high rates of performed hysterectomies (including allegations from Wooten that “just about everybody” who sees a particular gynecologist gets a hysterectomy) were coupled with allegations that many detained women were not given “proper and informed consent” about the procedures they received. The New York Times was unable to verify that women at the facility had their uteruses removed without their consent.

The complaint also alleged other instances of “jarring medical neglect” at ICDC. This included allegations about a lack of adequate COVID-19 protocols, as well as a “general lack of medical care.”

“The recent allegations by the independent contracted employee raise some very serious concerns that deserve to be investigated quickly and thoroughly. ICE welcomes the efforts of both the Office of Inspector General as well as the Department of Homeland Security’s parallel review. As a former prosecutor, individuals found to have violated our policies and procedures should be held accountable. If there is any truth to these allegations, it is my commitment to make the corrections necessary to ensure we continue to prioritize the health, welfare, and safety of ICE detainees.”

In response to the complaint, more than 170 Democratic Congress members signed a letter to the Department of Homeland Security’s Inspector General, Joseph Cuffari, requesting an “immediate investigation” of the allegations.

“Everyone, regardless of their immigration status, their language, or their incarceration deserves to control their own reproductive choices, and make informed choices about their bodies,” the letter read, noting that the allegations “cause grave concern for the violation of the bodily autonomy and reproductive rights of detained people.”

For many, the allegations of unwanted hysterectomies brought forth by Wooten tracked with a longer, disturbing history in the U.S. of compulsory (or forced) sterilization, which refers to government programs and policies that remove reproductive abilities. Between 1907 and 1937, 32 states legalized sterilization procedures. In different forms, the practice has continued: The Center for Investigative Reporting found that nearly 150 women were sterilized in California prisons between 2006 and 2010, without the state’s approval.

In the U.S., these practices have often been tied to eugenics, and targeted women of color, incarcerated people, and people with disabilities.

Here are some resources, many of which were shared in this Instagram post from Aurelie Colon, to support those fighting back against unwanted hysterectomies and other abuses.

1. Educate yourself on the history of forced sterilization

Forced sterilization has a much, much longer history in the U.S. than the allegations surfaced on Sep. 14. Even since the initial complaint, more women have come forward alleging unwanted surgeries and medical procedures that occurred while at the ICDC.

There are even more reports of women coming forward saying that they were not aware of the surgeries they were receiving at Irwin.

The bottom line: there is a clear pattern of abuse at the hands of ICE. They can’t be trusted to care for anyone.https://t.co/KPK9VClX7f

Representatives from United We Dream, a leading immigration organization, told Mashable that people should look into resources to educate themselves on the history of forced sterilization and its role as a tool of white supremacy.

A United We Dream representative recommends resources like this Twitter thread from the Latina Institute, a reproductive justice organization, as well as other deep dives from reputable outlets that they find elsewhere, like this piece from PBS.

From legislation like the Hyde Amendement 2 fake clinics, there has been a long effort in this country to block POC from controlling their bodies. Despite being “pro life” many are just obsessed with controlling our bodies. Case in point: https://t.co/JBputwf84I

2. Support the GoFundMe for Dawn Wooten

Jordan Ifueko, an author, launched a GoFundMe in order to raise money for the installment of a security feature at Wooten’s home, as well as six or more months of private security. Ifueko’s GoFundMe states if Wooten “needs the funds for something else, such as a legal team or even everyday support after giving up her job to reveal this corruption, she is free to use the funds as she wishes.”

A GoFundMe representative, as well as Wooten’s representatives as a whistleblower, the Government Accountability Project and Project South, have confirmed that Wooten is the sole beneficiary of the GoFundMe, and funds will go directly to her.

3. Look for protests in your area

Immigration or other social justice organizations might be organizing protests in your area against ICE and its treatment of detained people in response to the latest allegations. United We Dream representatives recommend looking for protests, and using them as an opportunity to also educate yourself on the larger context of how ICE has operated.

You can use Mashable’s past coverage of locating protests to help you out. The advice was written in the context of Black Lives Matter protests for George Floyd, but stands if you change relevant search terms (ICE, ICE detention, forced sterilization) and look into local advocacy groups that have organized protests concerning ICE or immigration issues before.

Please RT: There’s a march TOMORROW at the ICE Detention Center where women are being sterilized without their consent.

Follow @SomosSouth to find out how you can support, on the ground in Georgia or from home w/ calls & emails.

When a whistle blows, we have to come running. pic.twitter.com/5dAnCkIXDn

You can support the organizations in a variety of ways. A representative for Project South asks that  people first share the story of Wooten and those detained at Irwin on social media.

You can also donate to Project South here. Their representative maintains the funds “will support the collaborative, grassroots fight for long-term justice for immigrant and Black women who are brave enough to call out these atrocities.”

A representative for the South Georgia Immigrant Support Network (SGISN) told Mashable over email that the organization is currently supporting those detained at ICDC and their loved ones, primarily with “commissary support (for phone calls, stamps, hygiene supplies, extra food, and/or to have travel funds if deported or released) and lace-up shoes.”

Their representative suggested donations be made through its fiscal sponsor, Project South, and to their coalition partner, Georgia Latino Alliance for Human Rights (GLAHR). An attorney with GLAHR has already initiated one fundraising campaign for a woman, Pauline Binam, who was allegedly harmed by medical procedures at ICDC. The GDW representative told Mashable over email that the groups are working on “several fundraisers for affected women, but most of the cases are not yet fully public,” though the group is “hoping to have more [fundraisers up] by the end of this week.”

Mashable is waiting for a response from GLAHR. We will update the story as needed.

Even as the recent allegations have alerted many people to abuse faced by immigrant detainees in ICE custody, a representative for United We Dream maintains that patterns of abuse within ICE detention centers were already known.

It wasn’t just the right wing.

The reason I didn’t choose a more comfortable term for “targeting & detaining groups largely by ethnicity w/o trial in camps w/ malnutrition, sexual assault, permanent psychological trauma + bodily harm” is bc we shouldn’t be comfortable about it. https://t.co/0A7zIgvdCg

Because of existing instances of abuse, as well as the new allegations, groups like United We Dream and Project South are calling for the abolishment of ICE, which was founded in 2003.

United We Dream representatives suggest signing this petition from their organization, which calls for ICE to let detainees go.

Mon Sep 21 , 2020
Surrogate Cares for Baby Months After Giving Birth as COVID-19 Keeps Parents in China Emily Chrislip and her husband Brandon initially agreed to care for the baby for a maximum of four weeks but it has now been over four months An Idaho woman agreed to serve as a surrogate […] 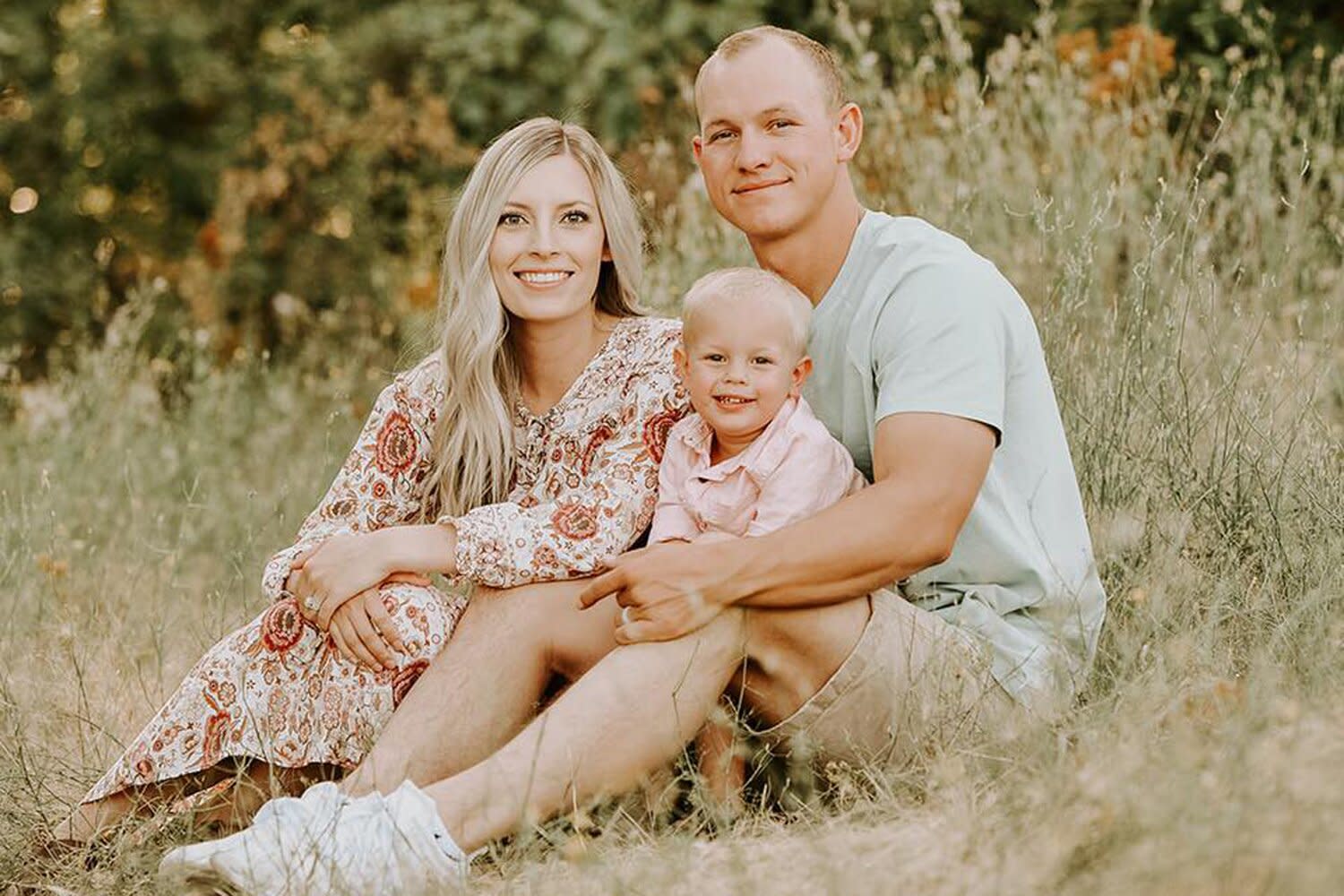