Before all the haggling, the ugly words and political machinations, there was a happier story.

The way the Haudenosaunee people tell it, the animals of the forest gathered for a great ballgame. The powerful bear and swift deer led one team; on the other side stood the hawk, eagle and owl.

Just before the start, a mouse and squirrel approached the birds, asking to join in. It seems they had been rejected by the larger four-legged animals because of their size. The birds welcomed them.

This ancestral tale serves as a metaphor for the Haudenosaunee, a confederacy of Native American communities scattered across the Northeast, and the sometimes uneasy relationship they have with the sport they invented.

Lacrosse began as a rough-hewn contest played on stretches of open land with sticks made from hickory and catgut. It has increased greatly in popularity over the last two decades, with armies of high school and college players charging around manicured fields, dressed in bright uniforms and plastic helmets, their sticks bolstered with carbon fiber. The world championship attracts teams from around the globe.

The Haudenosaunee (hoad-nah-SHAW-nee) have fought to keep pace with the times. Their homegrown squad, the Iroquois Nationals, draws from a small talent pool but usually ranks in the top five internationally.

“This is spiritual for us,” says Lyle Thompson, one the team’s stars. “The game is in our blood since before we are born.”

Much of the lacrosse community respects them as creators of the sport. The problem is, Thompson and his teammates also have faced racist taunts from opponents, and the Nationals have struggled with governments and bureaucracy trying to keep them off the field.

The latest controversy arose this summer when the World Games — a smaller version of the Olympics — decided to add men’s lacrosse to its program in 2022 but did not invite the third-ranked Nationals after officials balked at classifying the Haudenosaunee as a sovereign nation.

“It was insulting and frustrating,” says Rex Lyons, a former player who serves on the team’s board of directors. “It’s one of those things where you get a little taxed when you keep running up against the same obstacle.”

Lacrosse got its name in the 1600s when a French missionary came upon the Haudenosaunee playing with curved sticks that reminded him of a “crosse,” or crozier, the staff that bishops carry.

The modern game has a rectangular field with goals at either end. The 10 players on each side each use those sticks with webbed ends to pass and catch a rubber ball — also to smack one another — as they angle for shots.

The Haudenosaunee view the game as a gift from their creator and approach it with joyfulness. This “clear mind,” as they call it, seeks to block anger and worry, transforming an often-violent endeavor into something more artful.

“They do things you don’t always see because, for them, the stick is an extension of their body,” says John Galloway, a former U.S. goalie who coaches at Jacksonville University. “Behind the back, through the legs, ‘around the world’ — all these terms that have been coined for their tricks.”

Though the Americans and Canadians dominate the sport, the Nationals are not far behind, winning bronze at the last two world championships, outdoing the likes of Australia, England and Japan.

Fans tend to gravitate toward them, especially at foreign tournaments where they hold clinics for youths and often make a show of blessing the field in full regalia.

“In lacrosse, there has always been this phrase, ‘Honor the game,'” says Beth Lyman, chairwoman of the U.S. federation. “It’s a connection to the Native American roots and it’s core to who we are.”

All of which makes it bewildering that the Haudenosaunee face hurtful comments — some uneducated, some spiteful — when playing for and against youth teams, high schools and colleges outside their communities.

“You get asked if you live in a teepee,” says Randy Staats, a veteran attackman. “Or if you have running water on the reservation.”

Thompson, who set the NCAA record for career points with the University at Albany in New York, was once taunted during a professional game over the public-address system.

“The announcer was saying stuff about my hair,” he recalls. “Like they were going to cut off my ponytail.”

Some fans took up the chant; the announcer later apologized and was fired.

The predicament with the 2022 World Games is more nuanced, with officials initially offering no explanation for snubbing the Nationals. The international lacrosse federation quickly submitted a request to negotiate on the team’s behalf.

“This is a unique situation of an indigenous people who created the game and still compete at an elite level,” says Jim Scherr, chief executive of World Lacrosse. “We made a case in terms of … the Haudenosaunee participating.”

In the forest game of lore, the hawk and eagle gladly received their new teammates but needed to address an obvious hitch. Neither the mouse nor the squirrel could fly.

So the birds took the leather from a ceremonial water drum and fashioned a pair of tiny wings for the mouse. This, the Haudenosaunee say, was the origin of the bat.

Unable to find more leather for a second pair of wings, the birds settled on grabbing the squirrel by his sides, tugging and stretching the skin. That was how the flying squirrel came to be.

The mouse quickly showed his dexterity with those makeshift wings, snatching the ball from mid-air and darting around. The squirrel did just as well. Cradling the ball in his folds of skin, he maneuvered into position before passing to the hawk.

As the Haudenosaunee tell it, the birds were soon convinced “they had gained a valuable ally.”

In the beginning, there were five Native American nations — the Mohawk, Onondaga, Cayuga, Oneida and Seneca — constantly at war. Then, in the 16th century, a prophet known as the Peacemaker teamed with Hiawatha in persuading the factions to unite. The Tuscarora nation joined later.

This alliance became known as the Iroquois Confederacy or the Six Nations. The people prefer their own name, Haudenosaunee.

George Washington signed a treaty with them in 1794, vowing never to “claim … or disturb” their territories, the kind of federal government promise that fell by the wayside during the Western expansion of the 1800s, when Native Americans were displaced and killed by the thousands to make room for a growing nation.

Two centuries later, an estimated 100,000-plus Haudenosaunee live on reservations and in cities throughout New York, Quebec and Ontario. This cross-border footprint complicates matters; they still are struggling to have their diffuse confederacy fully recognized by the U.S. and Canada.

The lacrosse team is part of that crusade.

The Nationals were created in 1983 after the confederacy tired of watching its best players cherry-picked by the American and Canadian national programs. The squad resolved to carry Haudenosaunee-issued passports.

“When we first started talking about the idea of a national team, it would be a vehicle to implement our sovereignty,” says Lyons, whose father, Oren, is a hall of fame player and a faithkeeper for the Onondaga nation. “We wanted to travel as who we were.”

Their insistence raised problems before the 2010 world championships in England, where the government refused to let them in. Hillary Clinton, then secretary of State, tried to help, but negotiations stalled and the players stayed home.

The Nationals encountered similar complications before eventually gaining entry into Israel for the 2018 championship. For the World Games, they faced a different sort of obstacle.

The international competition, scheduled to take place in Birmingham, Ala., serves as a showcase for up-and-coming sports that hope to make the Olympics. As such, itfollows an International Olympic Committee guideline that competitors must come from “an independent state recognized by the international community.”

The guideline can be subjective — Puerto Rico is allowed to compete as a nation at the Olympics, but Scotland must fold itself into the British team.

As negotiations between the World Games and the international lacrosse federation progressed through early August, the Haudenosaunee remained adamant about competing under their own flag.

From one generation to the next, the Haudenosaunee pass along the story of the forest game because it speaks to inclusion, the notion that “all creatures, no matter how big or small, are significant and have contributions to make to the overall cycle of life.”

They view lacrosse in much the same way.

Each spring, communities hold games for everyone to play and craftsmen still make ceremonial sticks from hickory. Whenever the Nationals have tryouts, hundreds of hopefuls vie for spots on the men’s, women’s and youth rosters.

As they fought for inclusion in the World Games, the Haudenosaunee looked around and saw the surge of support for the Black Lives Matter movement. It seemed like a good time to make a stand of their own. They started an online petition that soon drew 50,000 signatures.

“We have a lot of support,” Lyons says. “I think the World Games underestimated that.”

Late last week, World Games organizers and the international lacrosse federation issued a joint statement acknowledging the Nationals’ “position of honor” in the sport. Eligibility guidelines would be relaxed, it was announced, opening the door for the team to compete.

The international federation soon will submit a new list of teams that is expected to include the Nationals.

For now, the Haudenosaunee are remaining cautious, declining to say anything until they have received an official invitation. In the meantime, their folklore will have to speak for them.

As the fabled ballgame between the animals neared its end, the eagle was able to maintain possession of the ball by dodging his larger opponents, even the nimble deer. He faked toward the squirrel, then passed to the mouse with those leather wings.

The mouse flitted toward the goal, cut left and scored. The bird team won.

The 1 Piece of Financial Advice Growing Families Need to Heed

Fri Aug 21 , 2020
Some of the best financial advice I ever received was delivered at a funeral. The son of a client who’d passed away stood up and told a moving story about a childhood summer vacation. His parents couldn’t afford the trips to Disney World that many of his friends had planned. […] 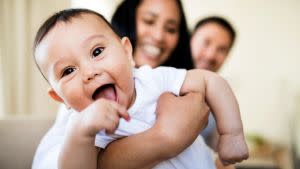