With a surge in new COVID-19 cases in recent weeks, New Jersey has been flirting with qualifying for its own coronavirus travel advisory — a joint venture launched in June with Connecticut and New York that calls on travelers from hot-spot states to self-quarantine for 14 days after arriving in the region.

The next weekly list of states and territories comes out on Tuesday, and if New Jersey stays on its current pace of new cases over the next few days, it’s going to be awful close. The list grew last week to 38 state and territories last week, the highest total so far.

So what does it mean if New Jersey meets the criteria to be added the next list?

Well, it’s not exactly clear. Officials have been cagey about the implications. In the strictest sense, it would mean travelers arriving in New York or Connecticut from New Jersey would be asked to isolate for two weeks.

But don’t panic, yet. A lot has to happen. And there are exceptions — especially for New Jersey residents who commute to those states for work.

Here’s what you need to know.

First, New Jersey would need to meet the criteria

Any U.S. state or territory with more than 10 cases per 100,000 residents or those with a 10% or higher test positivity rate over a seven-day rolling average makes the list. New York health officials run the calculations and release the new list every Tuesday. Currently, 38 states and territories are on the list.

New York calculates the data on all 50 states’ COVID-19 websites and checks them against the COVID Tracking Project website, said Jeffrey Hammond, a spokesman with the New York Department of Health.

Based on population, New Jersey would need a seven-day rolling average of 888 new cases per day to meet the 10 cases per 100,000 residents threshold. The state appeared to briefly meet that criteria on Wednesday with an average of 894 cases based on the state’s daily reports, which are considered provisional. Based on slightly lower numbers from the COVID Tracking Project, New Jersey came just short on Wednesday with an average of 882.

The state’s seven-day rolling average has since gone down Thursday and Friday, but the last week had three consecutive days of more than 900 cases. If cases stay above 900 over the weekend, it’ll be a close call.

There are lots of exemptions

Even if New Jersey does qualify, people are exempt from the quarantine if they’re traveling for work or business.

That has been the case with Delaware, a neighboring state that has often been on the New Jersey, New York, and Connecticut list. Countless people live in New Jersey and work in Delaware, and vice-versa. But those workers are not subject to the advisory.

Essential workers are exempted in both New York and Connecticut. So if you’re an essential worker in Manhattan or Stamford, you likely wouldn’t have to quarantine for 14 days after arriving for your job.

That includes truck drivers passing through, health workers, local or federal officials, and a number of other other essential workers. New York’s list of essential businesses is extremely broad and includes those working in financial industries, food services, and construction.

New York says essential workers should limit their time in public spaces, wear a mask in public, practice social distancing, avoid contact with strangers, and stay away from large gatherings.

People who travel through New York and don’t stay for more than 24 hours are also exempt.

One focus of the advisory is on airports. In other words, tri-state officials are trying to limit people flying to the region for vacation and spreading the virus. Travelers are required to fill out information about their origin and destination.

Fines depend on where you are

New Jersey does not issue fines for breaking the travel advisory. Instead, Gov. Phil Murphy has said the state is “begging people for personal responsibility.” Murphy has also said the state Department of Health could “has the teeth to go after you,” though he never specified exactly what that means.

New York has been more severe. People who violate quarantine there face fines ranging from $2,000 to $10,000.

In Connecticut, violators face a civil penalty of $500 for each violation.

Hammond, the spokesman for New York’s health department, told NJ Advance Media that counties in the state enforce the advisory.

“Compliance with the travel advisory has been very good, as of Oct. 15 more than 1,020,000 travel forms have been received either in-person or online,” Hammond said.

Asked Thursday what would happen if New Jersey qualifies, Murphy said he has one piece of advice.

“Don’t travel unless you have to, particularly right now,” the governor said during his latest coronavirus briefing in Trenton.

Plus, Murphy said he does not know of any talks between New Jersey, New York, and Connecticut about raising the criteria to make the tri-state list.

And Murphy said despite the rising numbers, he’s unlikely to reinstate widespread restrictions similar to the state lockdown he ordered in the spring. Instead, he has said, officials are likely to take a targeted approach to fighting outbreaks, including increasing testing and contact tracing in hot spots.

Ultimately, Murphy said, New Jersey officials are “going to do everything we can” to bring numbers down.

“We’re not going to spend a lot of time complaining about whether or not we’re on somebody’s other list,” the governor said.

Brent Johnson may be reached at [email protected].

The RetroBeat: 30 years of Monkey Island

Sat Oct 17 , 2020
This week, The Secret of Monkey Island turned 30 years old. Monkey Island is one of my favorite video game series, and Secret is the one that started the beautiful franchise. The Monkey Island games are point-and-click adventures. They focus on exploration and puzzle-solving, and you navigate your character, the […] 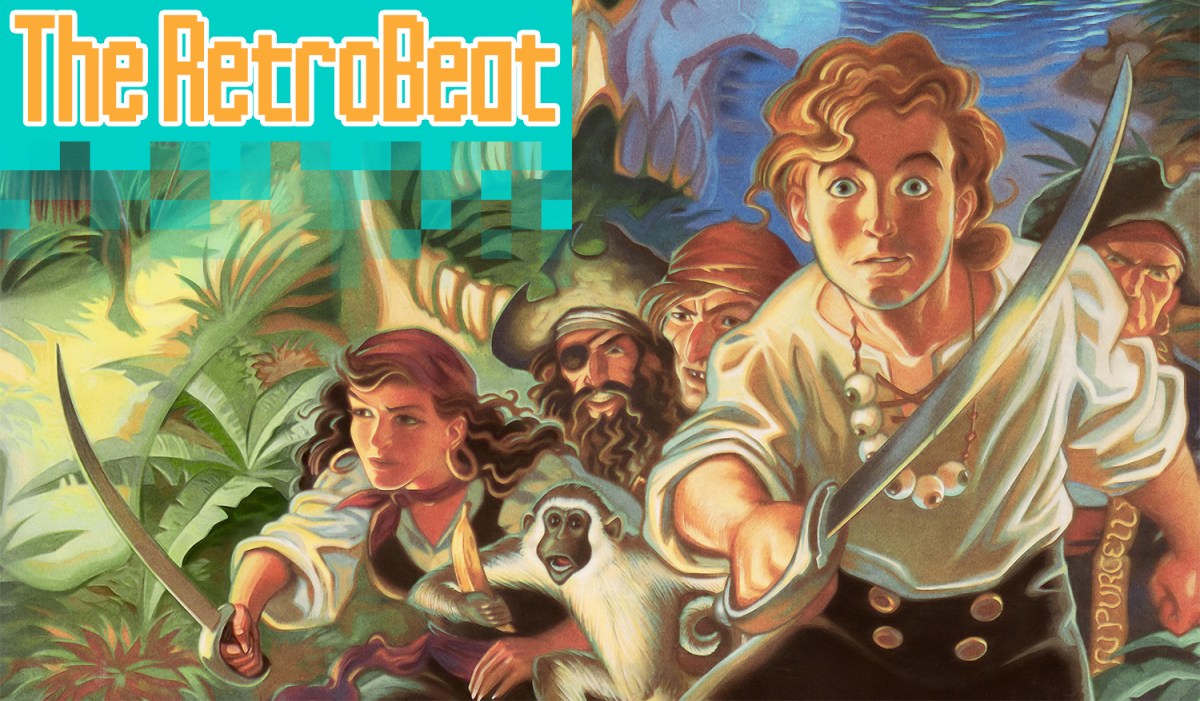