A historic lakeside lodge in the Soda Springs ski area has been extensively renovated into four elegant residential flats — and is now on the market for $16.5 million.

The 21,000-square-foot Ice Lakes Lodge, which sits on 1.52 acres on the shores of Serene Lakes, is located near Donner Ski Ranch, Sugar Bowl and Donner Lake, off Highway 80.

“This is an extraordinary property that exemplifies all the beauty of the area and is perfectly situated in ski country,” said listing agent Alison Elder of the Elder Group real estate firm.

The original hotel, the former Serene Lakes Lodge, was torn down and rebuilt around 2000. Now privately enjoyed by the current owners, the building has undergone a massive renovation over the past six years, according to the property fact sheet

“My clients literally invested heart, soul and bank account into this property,” Elder said in a phone call with the Sacramento Bee.

“This exquisite retreat reflects mountain modern and contemporary influences, and each flat has its own distinct flair,” according to a news release announcing the listing.

On the third level, a 6,000-square-foot flat features “a soft color palette to emphasize and embrace the great outdoors,” according to a news release. It has six bedrooms, eight bathrooms, a chef’s kitchen and an oversize deck.

“The main level flat is the epitome of mountain design and luxury along with state-of-the-art technology,” according to the news release. That 6,000-square-foot flat offers six bedrooms and six baths, two powder rooms, a lounge, family room, a game room and views. The beach is steps away from the door.

Shared amenities at the lodge include a 1,680-square-foot beach cabana for two of the flats, 500 feet of sandy beach with a new pier, and an entertainment deck.

Elder said the property presents various opportunities for a buyer. For example, it could serve as a private vacation home, a family compound, a corporate retreat or a luxury bed-and-breakfast. With the entertainment deck, the lodge could be a wedding destination, as well. And, depending on what makes sense for the sellers, someone could buy one or more of the flats separately, she added.

Two connected bodies of water, Lake Dulruza and Lake Serene, make up Serene Lakes. Serene Lakes was once known as Ice Lakes, from a time in the late 1800s when it served as an ice-harvesting station before refrigeration.

The lodge sits on the Lake Dulzura side. Lake Serena serves as the water reservoir for the nearby community. Swimming, fishing, sailing and paddle-boating are only permitted in Lake Dulzura in order to protect the drinking water. No motorboats are allowed on the lakes.

“It’s one of cleanest alpine lakes in the world,” Elder said.

The property, which extends 50 feet into the lake, is zoned as resort. Two adjacent parcels are negotiable for future development potential, according to a news release.

David Caraccio is a video producer for The Sacramento Bee who was born and raised in Sacramento. He is a graduate of San Diego State University and longtime journalist who has worked for newspapers as a reporter, editor, page designer and digital content producer.

Tue Feb 9 , 2021
In the state hardest hit by the pandemic, a heated debate about the reopening of schools is underway—and teachers there are feeling unheard. California Gov. Gavin Newsom has been facing growing pressure to resume in-person instruction from parents keen to have children back in classrooms before the entire school year […] 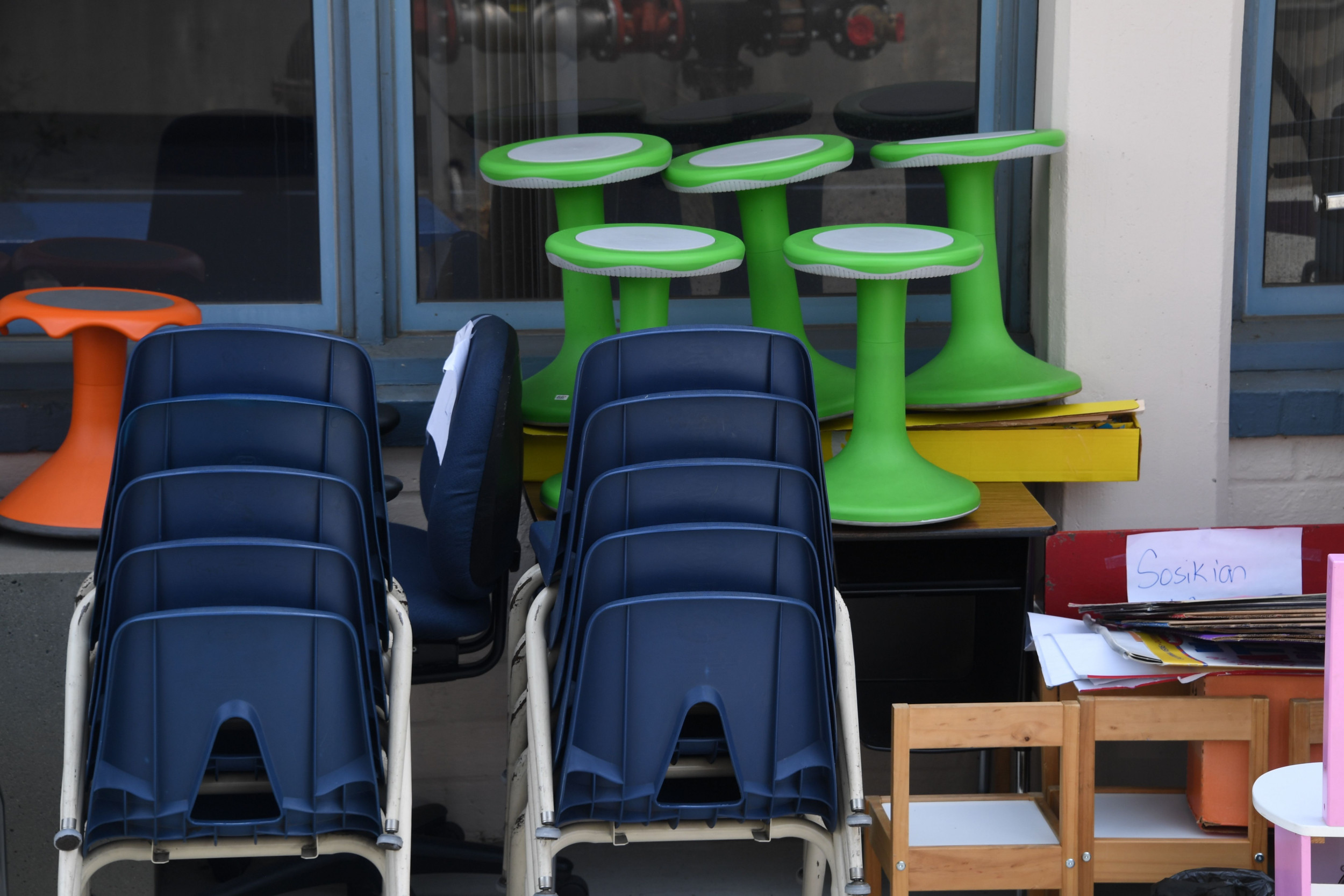