A dip in a swimming pool on a sunny day or a gentle bike ride are simple pleasures that most of us take for granted. But what happens if you go your whole life without learning these skills – and then decide to take one up?

This was the case for Bonnie Tyler, who recently announced that she has learnt to swim at the age of 69. The singer had to be saved by her husband after she fell off the back of a yacht in the Algarve almost a decade ago, and almost drowned. Despite the frightening experience, she didn’t learn to swim until the pandemic hit. Locked down in Portugal, and with spare time on her hands, she decided it was time to conquer her fear of the water.

She told the Andy Jaye Podcast that she now does “40 widths daily”, as she still fears the deep end of the pool. “At the grand age of 69, I’ve just learnt to swim. It’s taken me long enough,” she said. “I should have learnt before now, but I had a lot of traumas in the sea. So I was a bit afraid of water, but I’m not any more.”

Swim England estimates that close to a third of adults – 14.2 million people – cannot manage a length of a 25m pool. Meanwhile, a survey by the British Heart Foundation undertaken in 2017 found that one in eight people can’t ride a bike.

But, as Tyler’s story shows, it’s never too late to learn; in fact, experts believe that there is immense joy to be had in learning a new skill later in life. Steve Clark, 45, a musician and pet sitter from Surrey, battled a fear of swimming for most of his life. As a child, he never “took to the water” and he would make up excuses to avoid attending pool parties. “It always bothered me. I used to look at people swimming on holiday, and think that I was missing out on the enjoyment of it,” he says.

One bad experience when he was on a business trip in his twenties set Clark back even further. He decided to take a dip in a hotel pool, thinking that it “wouldn’t be that difficult.” This led to “a panic moment” after he lost his footing in the deep end of the pool. “It was really stressful; it’s hard to admit now, but I was terrified that I couldn’t swim,” he says.

But in 2014 Steve decided to take the plunge – after all, he was “running out of excuses” not to. Helped by the gentle encouragement of his partner, he completed 10 beginners’ lessons. “It was difficult to start with. My main fear was putting my head under the water, but the instructors taught me a technique to help. Once I learnt how to do it, it got me over the fear,” he says.

Clark says that the swimming lessons “were one of the best things he ever did,” and allowed him to “participate in something that always felt impossible.”

He is now a regular in the deep end of the pool and has even been snorkelling in the Red Sea.

Clark’s story shows that midlife is as good a time as any to learn. A study in 2018 by Columbia University found that healthy older men and women can generate just as many new brain cells as younger people.

“We used to think of getting older as a loss: a time when we lose skills and lose our looks. But so much research has shown that losing your abilities is not inevitable, and you can even open up new channels,” says Linda Blair, The Telegraph’s resident psychologist. She explains that learning skills can help to keep our brains young: “The brain is a muscle, so when you learn something new, you’re exercising it and getting better blood flow to the brain. You’re also re-establishing connections; you don’t have to lose a skill forever, you can reinstate it.”

This was the case for 48-year-old Doulla Manolas from South London. Four years ago, she had a bad car crash, which completely shook her confidence. “I wasn’t injured physically, but I was mentally damaged,” she says. Manolas was diagnosed with MS in 2009, which means she also has to take extra caution when she is driving: slightly impaired vision, fatigue and muscle weakness can all have an impact. When a new job required her to have a company car, she decided it was time to take a refresher course with RED Driving School.

“At first, it was quite bizarre: there I was in my forties, learning to drive again. I was very wary of other drivers, motorbikes and pedestrians, as I knew I couldn’t control them,” she says. However, after a couple of lessons, Manolas’s confidence gradually grew, and she says that the lessons “completely changed her life.”

When looking for a new skill to learn later in life, Blair says the “overriding requirement” is to pick something you enjoy. If you’re looking to keep your mind young, she says to choose activities which integrate different parts of the brain, such as playing the piano. “It’s challenging because you have to be able to read the music, which uses your left brain, and then translate that information over to spatial proprioception, into the right brain,” she says. Swimming and riding a bicycle also have a similar effect.

For 58-year-old Karen Hosker from Bolton, lockdown was the perfect opportunity to learn Spanish using the Duolingo app. She got married in Spain in June 2018 but found it frustrating that she couldn’t speak the language correctly. A few months after downloading the app, she travelled to Tenerife, where she experienced a “brilliant feeling of satisfaction” at being able to converse with the locals. “As every day passes now, I realise how much Spanish is really starting to sink in and I even think some words automatically in Spanish,” she adds.

Working on a new skill also helps to put us into “the flow state,” says Blair. This is when we lose all sense of time, because we are fully engaged in a task, and feeling challenged by it. “At the end of it, you feel a sense of accomplishment – something we are missing during the pandemic. It’s the best escape from the current situation you can possibly have. We aren’t able to control the wider picture, but we can focus on what we would like to bring out of this,” she says.

Read more:  How to pick up new skills later in life – and why it’s so important for your health

How podcasting's 'first family' can help you find your voice

Thu Jan 28 , 2021
There are a lot of entry points to the McElroy brothers universe; almost as many as there are to the Marvel equivalent. Maybe you’ve heard the chart-topping podcast these three lovable goofballs started in 2010, My Brother, My Brother and Me. (The formula: Justin, Travis, and Griffin try to answer […] 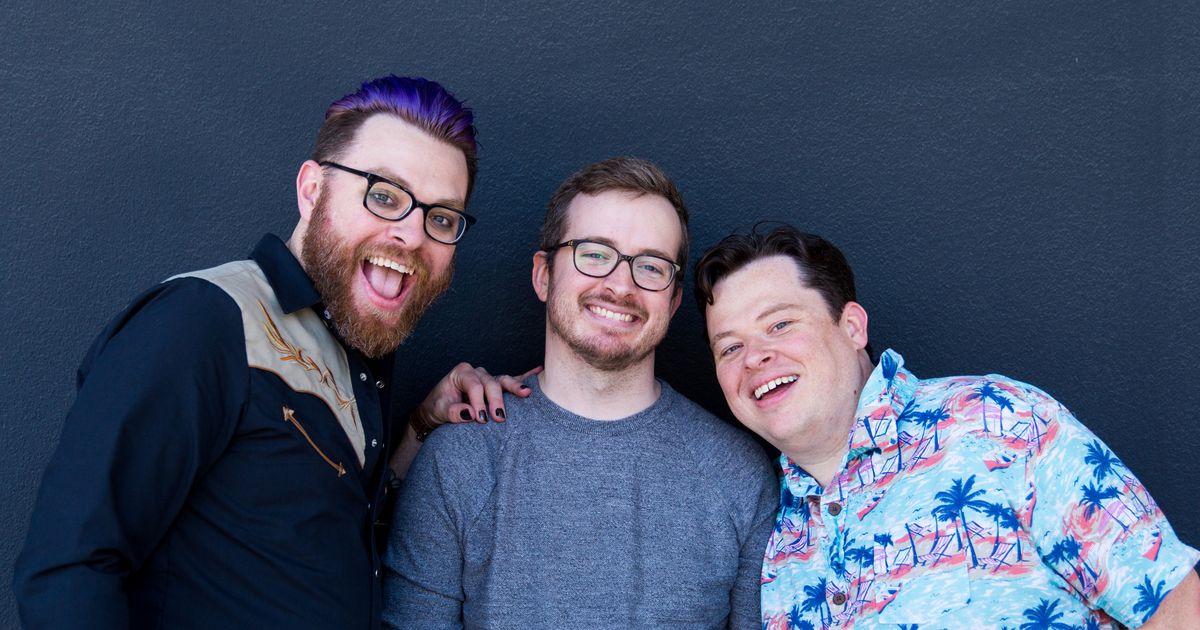