It is when Jonny Brownlee casually mentions what he is doing to the conservatory on his townhouse that you realise there are limits to the “back to basics” mantra he has been so authentically outlining.

“I put heaters in last year,” he ­explains, “but I am just getting it insulated at the moment. A company has very kindly helped me convert it into a heat chamber. I can then use my turbo trainer and treadmill in the conservatory and do heat training. I have learnt that I can’t take shortcuts, but when I do get prepared, I am actually pretty good in the heat.”

The wider context is clear. There was London 2012, when Brownlee raced valiantly to third place before promptly ­collapsing and ­vomiting with heat exhaustion. And then there was ­Cozumel in Mexico four years later when Brownlee again raced to the point of collapse and was unforgettably carried the final few hundred metres over the finish line by his brother, Alistair.

He lost a world title, but it was also the moment when the collective Brownlee legend moved permanently into a stratosphere far beyond the mere accumulation of titles. “I can’t watch it,” Jonny says. “It’s weird because, one, I can’t remember it, and ­secondly it is a bit embarrassing. That’s also what is weird about sport – I could win every race for the next few years and people would still talk about Cozumel more.”

Handling heat and humidity will again be critical exactly one year from now in Tokyo, when Brownlee will attempt to upgrade respective bronze and silver medals in London and Rio de Janeiro by marking his third Olympics with a gold medal. And then there is the prospect of Kona in Hawaii, the ­remote but sweltering promised land for any Ironman triathlete.

“I am pretty confident Tokyo will be my last Olympics and I am very happy with that,” he says. “At this point I am not planning to go to Paris – athletes can change their minds – but I’m planning on Tokyo being my last one. I think I will want a new challenge.

“It will be a change to long-distance triathlon. Initially half Ironman and then go into the Ironman championship. I still believe the Olympic distance is the pinnacle, but Ironman in Kona is something I have always watched, followed and think is amazing. Just the purity of the athletes – all racing, each time-trialling, in the heat, on an island, over that distance – is a challenge I would like to face. I have no idea how my body will hold up. That will be really exciting.”

The difference between the Olympics (1.5km swim, 40km cycle and 10km run) and an Ironman (3.86km swim, 180.25km cycle and 42.2km run) was underlined in Kona last year when Alistair, the double Olympic champion, suffered “by far the worst two hours of my life” in losing more than 30 minutes over the final run to eventual winner Jan Frodeno. “I’m not sure if watching put me off or made me more likely to do it,” says Jonny. “It looked ­unbelievably tough – a long, long way and very painful.”

Alistair did win the other two Ironman events he raced last year but the shared short-term focus is the unprecedented prospect of two brothers both winning medals in the same event at a third consecutive Olympics.

And, while the start of the pandemic might have been stressful – they were altitude training in New Mexico when the Foreign Office ­advised them to get on one of the few remaining flights home – it is hard to think of people much better suited to lockdown life.

They have their bikes, a nearby lake and enough spectacularly rugged running and cycling routes on the doorstep of the Dales village where they both still live to remain content for years, much less a few months.

“Lockdown has taught me why I train and how much I love getting out,” Jonny says. “It’s a privilege. As kids, it was adventure and exploring, not training. To get some of that back has been amazing. I’d get the Ordnance Survey map out and I’d write the roads down on a bit of paper. Even now I still try to find new roads, routes and cafes. All my training has been done from home, so it’s forced me to want to vary that and not have a safe training environment. It’s been loops around the Dales, dodging dog walkers, and it’s taught me you can over-complicate training and get caught up in ­wanting it to be perfect.”

When lockdown rules meant only solitary training, one motivation for the brothers was to organise an identical route, but set off 20 minutes apart so that they could feel like they were not quite alone and compare their respective times.

“I am a big believer in miles, and getting those miles in time and time again,” Jonny says. “That is the ­bedrock of our training. I do about 35 hours a week, so you have to make it fun. OK, if it’s wet, freezing cold and my hands feel like they are about to fall off, it is not so enjoyable. Otherwise it’s not a chore.

“I have really enjoyed going back to basics. I’ve had a blank canvas and it’s been the first time since I was about 15 that there have been no races to aim for.”

It all sounds rather tranquil – Brownlee’s 30th birthday was ­simply celebrated with a takeaway burger from the local pub – but he then reveals that lockdown did also include the tensest moment of his life.

Brownlee had posters of former Leeds United and England player Alan Smith on his bedroom wall as a child and, after 16 long years, Leeds’ promotion back to the Premier League was secured last Friday.

“I have never been so nervous in my life. I walked about 10 miles in my front room up and down,” he says. “Incredible. I remember ­crying when Leeds got relegated. In three years, we went from ­playing in the San Siro to Yeovil away. I didn’t know how to celebrate, so me and my girlfriend went down to the local restaurant for a takeaway ice cream.”

Brownlee does now finally have a competitive return to look forward to. He will travel to Rotterdam next month for the first major event of the summer in Super League Triathlon’s Arena Games. Racing will consist of the sport’s three disciplines but, while the swim segment will take place in an Olympic-sized swimming pool, the bike and run legs will be completed on Zwift ­using poolside smart trainers and treadmills.

“I’m excited – it’s something completely new,” he says. “Super League has the ability to do what it wants with the formats and it’s been revolutionary for triathlon.”

That pure love of a physical challenge is striking and Brownlee says that he can never imagine a time when he is not embarking on some sort of adventure, whether that is fell racing in Yorkshire, climbing Mount Everest or competing with the gardener who gives him a rough time in their local “chaingang” ride on a Thursday night.

Indeed, he enjoys telling me about a cycling holiday last autumn through the Dales, Pennines, Scotland and Peak District (a form of relaxation for Alistair and friends after the Kona Ironman) just as much as talking about an Olympic title he would so dearly love to win. Medals are nice – and the Brownlees have no shortage of those – but, as Cuzomel and now lockdown has so clearly illustrated, they remain just about the ultimate British embodiment of how sport is about so much more.

Summer's ending! 14 things to do with your kids before school starts

Wed Jul 22 , 2020
As the summer winds down, it’s time to prep your kid to go back to school. With Fall of 2020 set to kick off a different kind of school year, it’s more important than ever to do some preparations to help your child have a meaningful academic experience. Do these […] 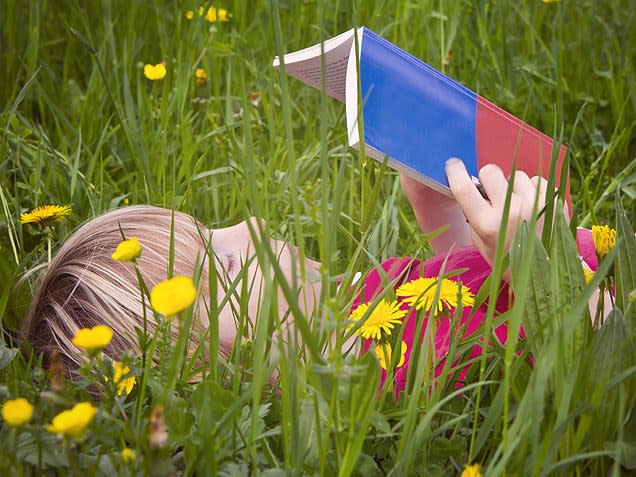