AFAR partners with CreditCards.com and may receive a commission from card issuers. This compensation may impact the presentation of offers or affiliate links on this site. AFAR does not include all financial companies or all available financial offers. Our coverage is independent and objective, and has not been reviewed, approved, or endorsed by any of these entities. Opinions expressed here are entirely those of the AFAR editorial team.

The new year is normally when hardcore frequent fliers map out a strategy to ensure they travel enough in the coming 12 months to achieve or retain elite status. After all, the higher echelons confer benefits like upgrades to business or first class, access to airport lounges, the opportunity to rake in bonus miles, and more mundane amenities like priority boarding and free checked bags. As with everything else these days, elite status looks different than it did before. As travel restrictions persist and borders remain closed, most folks are flying far less than usual. In response, airlines have adjusted the requirements to earn elite status and added interesting new ways to help fliers attain it this year.

Here’s how airlines have changed their elite status rules in 2021 and how your credit card can make it easier to earn.

Of course, whether you even want to do so will depend on how comfortable you feel traveling right now and for some time to come. That decision is deeply personal and based on factors such as your own personal well-being, the health situations in your home and any prospective destinations, your employment and financial outlook, and simply whether you feel equipped to take on new safety requirements at the airport and onboard. These are ideas for how you can make any travel plans work to your advantage if and when you feel ready to fly again.

According to travel analytics firm Cirium, airline passenger traffic was down 67 percent globally in 2020 compared to 2019. Although aviation might begin to rebound with more widespread vaccine rollouts toward the second half of the year, the numbers still look depressed for 2021 so far. As countries around the world experience further coronavirus surges, and a new administration in the United States begins introducing revised travel guidelines, airlines are looking at another tough year ahead.

To hang onto their most loyal customers, many of the major airlines took a few decisive steps early on in the pandemic. They suspended the expiration of not just frequent flier miles but also of other benefits like upgrade certificates and lounge memberships. Most also extended their frequent fliers’ elite status through the end of 2021 since many folks didn’t fly last year. Among the U.S. airlines that did so were Alaska Airlines, American Airlines, Delta, Hawaiian Airlines, JetBlue, Southwest, and United.

Hawaiian Airlines halved its qualifying thresholds for Pualani Gold and Pualani Platinum this year. Now might be the time to plan a Hawaiian vacation. The islands are open to visitors thanks to pretravel testing and modified quarantine protocols, and you could theoretically hit Pualani Gold status with as few as two round trips between the U.S. mainland and Hawaii depending on where you are flying. That’s because you need to earn just 10,000 qualifying miles.

For the few who are flying in 2021, it will be much, much easier to earn elite status by actually flying thanks to achievement thresholds that have been reduced by a third to a half by some airlines. If you do have any trips coming up, make sure you are on top of program changes your airline may have recently instituted in order to ensure your flight activity gets you closer to those qualifying marks.

Many airlines are also either automatically rewarding their members with miles or running promotional bonuses where travelers can earn extra credits for trips.

Southwest is among the most generous in this respect. It is crediting all Rapid Rewards members with 15,000 Tier Qualifying Points (TQPs) and 10 qualifying one-way flight segments in 2021; that’s nearly half of what’s needed to earn A-List status with the airline. Members will also receive 25,000 points and 25 one-way flight segment credits toward qualifying for the airline’s ultra-valuable Companion Pass.

Alaska Airlines is rewarding its Mileage Plan members with a 50 percent elite-qualifying mileage boost on its own flights taken between June 1, 2020, and June 30, 2021. Since the airline also lowered its qualification thresholds for this year, you could leverage this bonus to hit the basic MVP tier by flying just 13,334 miles (and flying at least two segments on Alaska Airlines itself).

Video: What to know about travel insurance, cancellations and refunds (NBC News)

What to know about travel insurance, cancellations and refunds

United lowered its qualification thresholds by about a quarter across the board for this year. Perhaps more interestingly, though, the airline recently announced that regular (i.e., nonelite) MileagePlus members would earn a 50 percent bonus of Premier Qualifying Points (PQPs), and Premier elite members would earn double PQPs, on their first three trips with United from January through March 2021. The airline is also automatically crediting Premier members with 25 percent of the PQPs they need to retain their current spot toward requalifying this year. That ranges from 875 PQPs for Premier Silvers up to 3,750 for Premier 1Ks.

Delta Medallion Qualification Miles (MQMs) you earn above the highest elite tier for which you qualify usually roll over from the current year toward your qualification in the next. So let’s say you earned 30,000 MQMs in 2018 and qualified for Silver Medallion status at 25,000 MQMs. You’d have started 2019 with 5,000 MQMs already banked in your account. For now the airline is rolling over any 2020 MQMs in your account (including rollover ones from 2019) toward your status qualification in 2021. So depending on how much you flew in 2019 and 2020, you could be starting 2021 with a healthy hoard of MQMs to set you on the path toward Medallion again.

If you haven’t checked your frequent flier account lately, log in soon to see if you might already have some elite-qualifying activity to your name, and to get a better snapshot of what else you might need to do to hang onto your status or hit a higher rank for next year.

Where credit card spending comes in

While many fliers might be grounded for some time to come, that doesn’t mean they have stopped carrying their cobranded airline credit cards. And carriers are banking on customers using them on everyday purchases to continue racking up award miles and to help them keep their status intact for another year.

Airlines including Delta, JetBlue, Southwest, and United all allow their credit cardholders to earn at least some elite-qualifying activity through spending. If you have the JetBlue Plus Card, for instance, you can earn Mosaic elite status by spending $50,000 or more on qualifying purchases in a calendar year.

Those with Delta American Express cards can use their spending power to avoid the airline’s Medallion Qualification Dollar requirements, too.

In addition to earning Premier Qualifying Points and Premier Qualifying Flights, United MileagePlus members must spend a fair amount on airfare each year to retain their status. However, those with a cobranded credit card can get ahead through everyday spending.

In normal times, you can earn PQPs only toward Premier Silver, Gold, and Platinum status, but not top-level Premier 1K. This year, though, 1K is also on the list of possibilities. We will see if the airline continues to allow it after 2021.

Among its other many perks, like Admirals Club lounge membership and a Global Entry or TSA PreCheck application fee statement credit once every five years, the Citi/AAdvantage Executive card also allows members to earn 10,000 elite-qualifying miles after spending $40,000 on purchases within a calendar year.

Southwest credit cards that normally cap the number of Tier Qualifying Points you can earn through spending have removed those ceilings this year.

While none of these lower requirements, automatic boosts, or spending bonuses will get you to elite status on their own, by leveraging some or all of them, you could qualify more easily than practically ever before. That is, if earning elite status is on your list of priorities this year.

If it is, though, be sure to go over any 2021-specific promotions your airline of choice might be offering and see whether your prospective travel plans can help you take advantage of them. These special circumstances might also make it the right time to switch your loyalty to a new airline since you can achieve status with much less effort than it typically takes, and then enjoy the attendant benefits throughout 2021 and 2022.

While the offers mentioned above are accurate at the time of publication, they are subject to change at any time, and may have changed or may no longer be available.

>> Next: How to Earn, Redeem, and Maximize Marriott Bonvoy Points 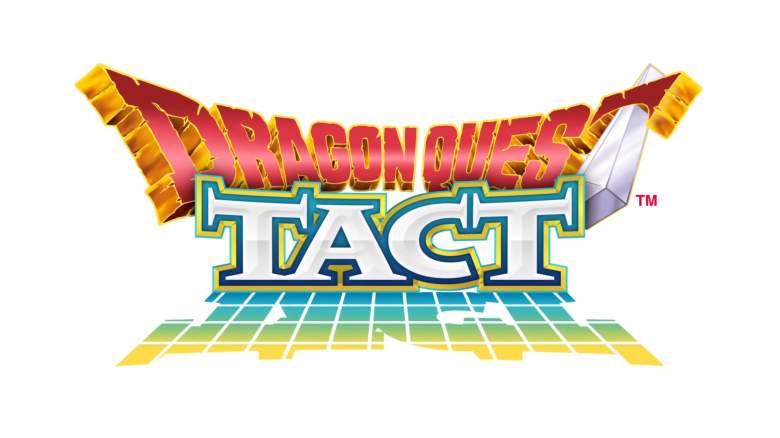