ARLINGTON, Texas — For 54 consecutive years Mike Amodei attended at least one Dodgers game a season, beginning with a Sandy Koufax start in 1966. Nothing would ever stop him from keeping his streak alive, he thought — until a once-in-a-century pandemic put it in jeopardy.

Though Major League Baseball has managed to carry out a 60-game regular season and an expanded postseason, fans were not permitted to attend games for months because of the coronavirus.

“I thought it was over,” Amodei said from the lower concourse at the Texas Rangers’ Globe Life Field. “And then this happened.”

“This,” to clarify, is the National League Championship Series, the first games that fans have been allowed to attend since spring training, before the pandemic struck. Amodei, 63, seized the opportunity.

A book editor from South Bend, Ind., who grew up in Southern California, he bought a ticket online, jumped on a plane and arrived in Texas in time for Game 3 on Wednesday, when he witnessed the Dodgers’ historic 15-3 beatdown of the Atlanta Braves.

“I’ll spend the night in long-term parking, and I’ll be back at work tomorrow,” Amodei said before the game. “But I kept the streak alive.”

So, too, did M.L.B., which has allowed about 10,000 paying customers into the N.L.C.S. games at Globe Life Field, where the audience replaced the cardboard replicas of fans that have dotted seats in ballparks all season.

Because of the pandemic, baseball opted to use four neutral sites for the final three rounds of the postseason, minimizing travel and its attendant risks while creating something of a protective bubble for the teams that kept playing deep into October. The World Series next week will also be held at Globe Life Field, and will also have real people in the seats watching baseball, cheering for their team and buying beer and merchandise.

But the lack of a true home team is one more quirk in the unusual fan experience at these playoffs. While a few N.F.L. teams, NASCAR and some college football teams have allowed fans back into their familiar stadiums — including the Dallas Cowboys’ domed stadium just down the road, which has hosted more than 20,000 people in each of the team’s three home games — M.L.B. invited the regular followers of postseason teams to irregular locations.

“It’s got a kind of Super Bowl-ish feel to it,” said Chris Harkey, a Braves fan from Asheboro, N.C., who flew in with his wife, Lauren Breedlove, to watch Game 3. “It’s exciting with the mix of different fans.”

Throughout the N.L.C.S., fans in a variety of team colors entered the stadium, which opened this year with a capacity of 40,000 spectators but has yet to be filled. Tickets were sold in blocks of four, spaced apart from other blocks. The unavailable seats had plastic straps attached to them, and the first several rows were blocked off.

During batting practice at the first game of the series, fans charged to those front rows trying to retrieve balls hit over the fence, clustering in proximity to one another. For later games, tarps were placed over those seats, and yellow caution tape limited access for ball-seeking fans.

Fans generally wore masks and often maintained distance from one another. But as each game wore on and the beer flowed, some masks fell down around necks as the shouting increased.

After Game 4, a 10-2 Atlanta victory, bands of seemingly drunken Braves fans, bombinating their droning tomahawk chant, roamed the area around the stadium as if it were 2019, and a nearby hotel lobby was dotted with groups of unmasked fans in their reverie.

Texas, which reported about 32,000 new cases of the coronavirus over the seven days before Friday’s Game 5, has 111 cases per 100,000 people, placing it roughly in the middle of the pack compared with other states. But like other parts of the country, Texas has seen a recent uptick in cases.

Among more than two dozen people interviewed over two days at the stadium, no one seemed overly concerned about the spread of the coronavirus. Several stadium employees, who declined to give a full interview, said they were comfortable with the precautions and appreciated having the work.

Tracy Springstead brought her three children to Game 3. They are Dodgers fans from California, who recently settled in the Dallas area, and they said they felt the regulations in place were sufficient.

“We’re pretty careful, and it seems like they are doing it the right way,” Springstead said. “But we weren’t going to miss this.”

The majority of fans at the park seemed to be supporting the Braves, with a slightly smaller contingent rooting for the Dodgers. The third-largest group consisted of those wearing Texas Rangers jerseys and caps, acting as both hosts and mostly neutral observers. After all, this airplane hangar of a building was made for them.

“It’s kind of weird,” said Bruce Pittard, a rancher from Novice, Texas, who is a Rangers season ticket holder. “Where did these Braves and Dodgers fans come from?”

Some came from Atlanta, roughly 800 miles to the east, and others from Southern California, about 1,200 miles in the opposite direction. Some arrived from North Carolina, Florida, New Jersey, Indiana or Louisiana. Most, though, were displaced Braves and Dodgers fans living in the Dallas area, brimming with excitement over their unexpected good fortune after the announcement last month that tickets would be sold to these games.

“The Dodgers came to me,” said Stephanie Gonzalez, who attended Game 3 with her friend Maria Torres, both wearing Dodgers jerseys. “I moved here from California nine years ago. This is like a dream come true.”

Some fans donned jerseys of other M.L.B. teams, too. The Mariners, Astros, Angels, Orioles, Rockies, Brewers and even the old Montreal Expos were all represented at the N.L.C.S.

Pittard, the rancher from Novice, and his brother, Mark Pittard, wore Cubs jerseys in honor of their favorite team. Mark Pittard noted how strange it was that the first game they attended at the Rangers’ new American League park was a playoff matchup between National League teams.

The souvenir stores were open, but the Dodgers and Braves fans looked more like museum goers as they dispassionately scanned all the Rangers gear for sale. The available Dodgers and Braves merchandise amounted to two small racks of what looked like hastily produced, generic items — balls and T-shirts that said, “Globe Life Field, NLCS, 2020, Arlington Texas,” and “World Series, Arlington Texas” — neutral gray shirts in a neutral building with a massive gray roof.

“It looks like Petco Park and a big mall had a baby,” said Will Hicks, 41, an investor from San Diego, who wore a Padres mask, Padres jersey and Padres cap, while his brother Sam, 35, an Astros fan, munched on a two-foot hot dog. They own season tickets to the Padres at the elegant Petco Park in San Diego, the A.L.C.S. site.

“How weird is all of this?” Will Hicks said. “We’re at a game in Texas with our dad, who is a Dodgers fan, and Sam is listening to the Astros game back at Petco. Only in 2020.”

The atmosphere inside was similar to that of a Mets game in April, circa 2011 — about a quarter filled, with only die-hards in attendance. But after a long season without fans, the people in the real uniforms were delighted to have paying customers wearing any shirt at all.

“It’s filled me with a sense of excitement, especially in such a difficult time,” Braves third baseman Johan Camargo said through an interpreter. “It’s like a jolt of energy, and we are eternally grateful for that.”

And Harkey and Breedlove, the couple from North Carolina, were happy to provide vocal support to their team. They had to buy four tickets to Game 3, but they did not give away or sell the other two.

“You don’t want some stranger sitting there coughing all over you,” Harkey said. “But if the Braves make the World Series, I’m definitely coming back.”

What happens when staycations fall apart

Sat Oct 17 , 2020
(CNN) — No airport testing regime to speak of. A “travel corridors” policy that now allows for unrestricted travel from England to just seven destinations around the world. And a second wave that’s beginning to look more like a tsunami. It’s no surprise that the tourist boards across the UK […] 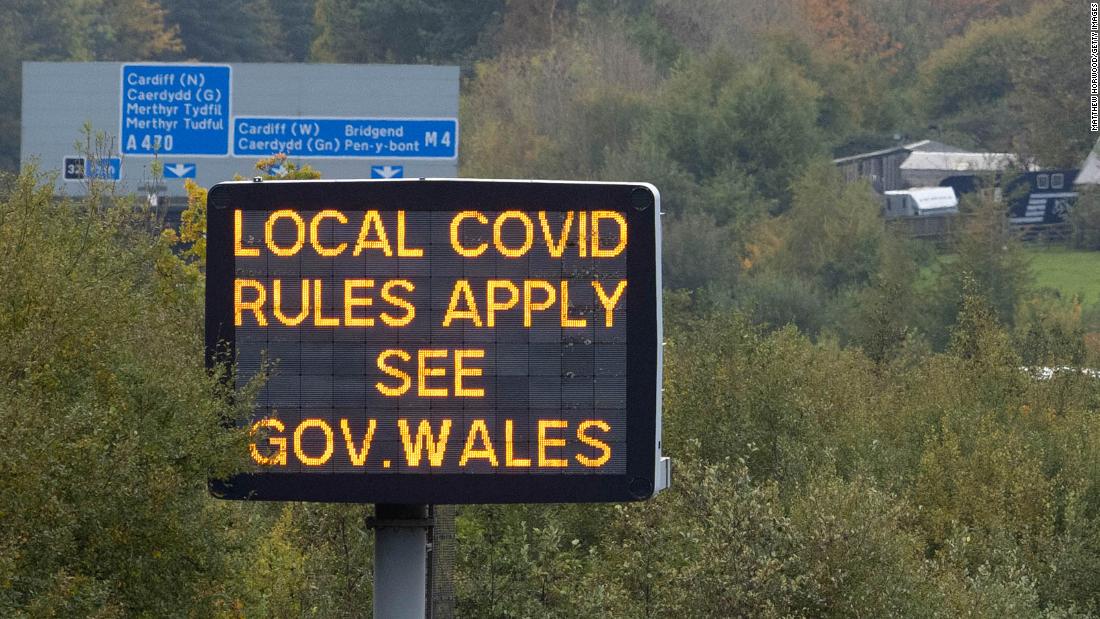