When Kami Gullickson’s beloved barn cat Kali did not turn up to keep her company during morning stable chores earlier this month, she hoped the tabby was just off on an adventure. But it’s now been three weeks with no sign of her feline companion.

While Gullickson has not given up on the cat reappearing, she is facing the reality that she may never know what happened to the 4-year-old tabby.

“My fear all along had been someone had stolen Kali,” Gullickson said. “We wanted to make sure that did not happen to [my other barn cat] Cooper so we ordered a tracking device and two days after putting it on him he was picked up and taken away.”

The tracking device, which clips to a collar, is about the size of a book of matches and an inch thick. It operates using Global Positioning Satellite – or GPS — technology. It transmits your pet’s location, movements and activity level directly to a smartphone. This allows Gullickson to know where Cooper is any time of the day or night and track him in real time.

That came in handy when Cooper went missing two weeks after Kali. Gullickson and her fiance were able to use the online app that came with the tracker to track Cooper to a residence in Stockton Springs. The people living there admitted to finding Cooper and turned him back over to Gullickson.

“They told me they found Cooper on the side of the road and felt bad for him,” Gullickson said. “Now, this is a well loved, well cared for cat with a fantastic coat who is loving and social and these people just picked him up and drove him six miles away.”

When people see a dog or cat that’s alone or walking along a back road, some assume it’s lost or abandoned. That’s not always the case, according to Trisha Bruen, animal control officer in Bangor.

“This happens all the time — people see a dog and no one around it so they put it in their car,” Bruen said. “People in Bangor are very much in love with dogs and want to help them.”

She’s dealing with just that situation right now with a three legged dog who escaped from its owner’s car in the BJ’s Warehouse Club parking lot in Bangor when the dog’s owner was loading purchases into the car.

According to Bruen, the owner didn’t notice the dog was missing until she got home. In the meantime, a person who found it in the parking lot asked store management to make an in-store announcement about the dog. There was no response. The person told store management she was going to take it to the Bangor Humane Society, Bruen said.

Bruen isn’t ready to say the dog was stolen. Instead, she remains optimistic that the person who found the pup will return it to its rightful owners.

“Right now the owner wants just her dog back,” Bruen said. “BJ’s is trying to help us trace the person who picked it up.”

Use of a GPS tracking device is just one way to keep track of pets and find them if they wander off or are taken, according to Bruen. There are also less technology dependent things pet owners can do.

“So much of it comes down to common sense,” Bruen said. “If your animal is going to be outside at all, make sure it has a collar and tag with your name and phone number on it.”

According to Bruen, most people who find an animal with that information call the owner.

That information on the tag is only good if it’s up to date, said Kathryrn Ravenscraft, spokesperson for the Bangor Humane Society.

“I personally found a lost dog that was wearing tags, but all the numbers on the tags had been disconnected,” Ravenscraft said. “Fortunately, the dog ended up belonging to a neighbor a few houses over, but it was just dumb luck and following cues from the dog that helped me get it home.”

Contact information for your pet’s veterinarian will also be on its required rabies tag. Municipal dog license tags can provide information on the town the animal is licensed in. Those should also be kept up to date as that information can help you reunite with a missing pet.

If you don’t like the sounds of tags jingling on your pet’s collar, or are worried those tags could get caught on something, there are engraveable identification tags that can be attached flat onto the collar. For rabies and municipal tags, you can get plastic covers for them to prevent jingling, or simply wrap them in tape.

But even the best attached and up to date tag can fall off, which is why Bruen recommends having your veterinarian install a small microchip in your pet. About the size of a grain of rice, a pet microchip carries identification information for your pet. It can be read with a handheld scanner. That information also should be kept up to date.

“They are pretty affordable to have installed in your pet,” Bruen said. “Your veterinarian can do it and microchip clinics are often held at places like PetSmart or Tractor Supply Company.”

Morgan Miles, a volunteer and spokesperson for Maine Lost Dog Recovery, advises never using a retractable leash when walking a dog or cat, as those leashes are prone to breaking. She is a fan of using a non-retractable leash with martingale collars which tighten around an animal’s neck if they attempt to slip out of it.

Maine does not keep a statewide database of missing or lost pets, though data is available from individual municipalities through their office of animal control. Stolen pets are lumped in with stolen property on the state’s Department of Public Safety website.

Regardless of how a pet goes missing, everyone loves a happy ending when a pet and its person are reunited. Thanks to owners taking those proactive steps in tagging, microchipping and notifying authorities when a pet is lost, those happy endings happen more often than not, according to Miles.

Miles said the group receives around 1,400 reports of missing dogs every year. In 2020 they were able to locate 1,171 missing dogs and reunite them with their owners. They have an annual success rate of just under 90 percent in finding lost pets, she said.

“There is nothing like the reunion between a missing pet and its owner,” Miles said. “It’s about as emotional for us because we know these pets are part of people’s families and we invest so much of our own hearts into finding them and bringing them home.”

RV craze continues: Sales are still ‘through the roof’

Wed Mar 31 , 2021
While the COVID-19 pandemic was bad news for many industries in 2020, the RV or recreational vehicle industry kept rolling along, posting strong sales as people looked for ways to vacation amidst the pandemic while still being able to maintain social distancing. (For those who don’t know, RVs are those […] 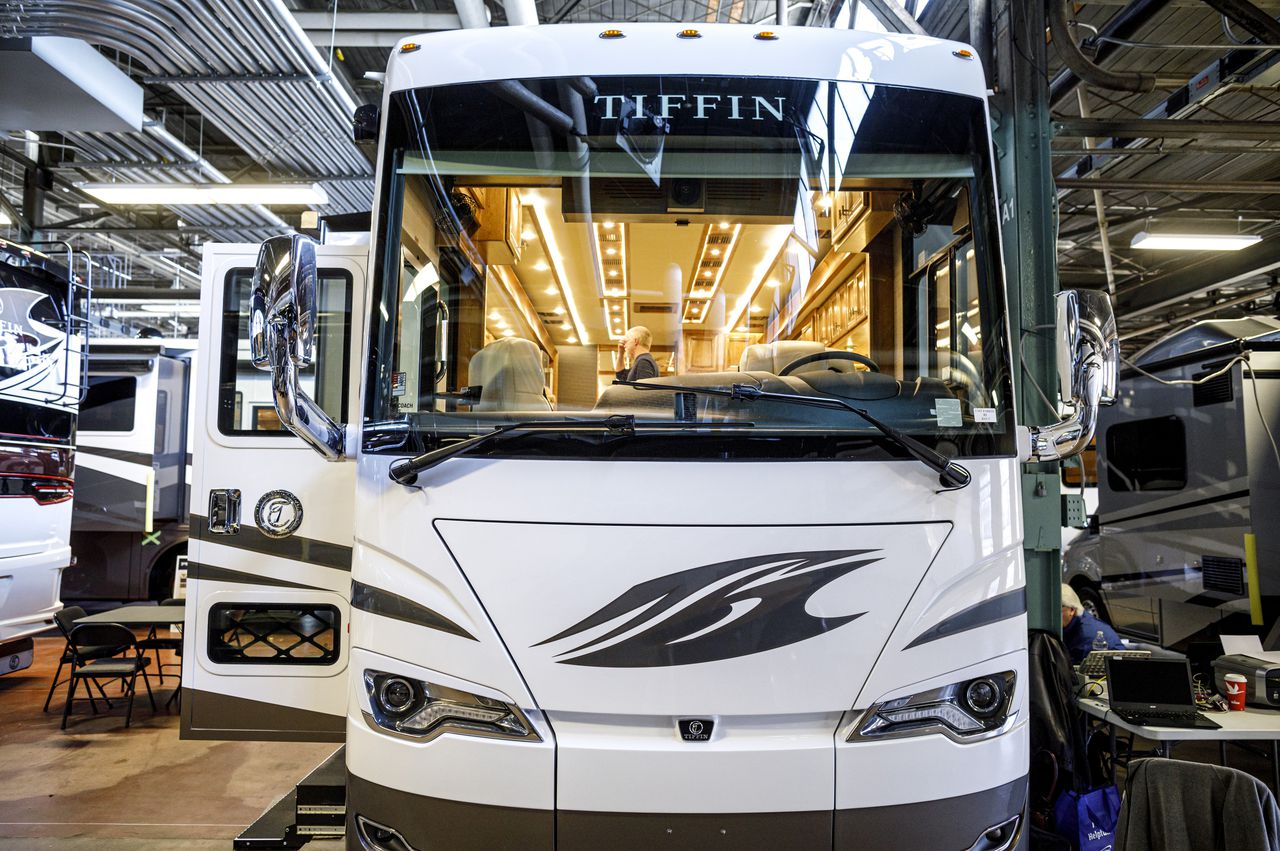