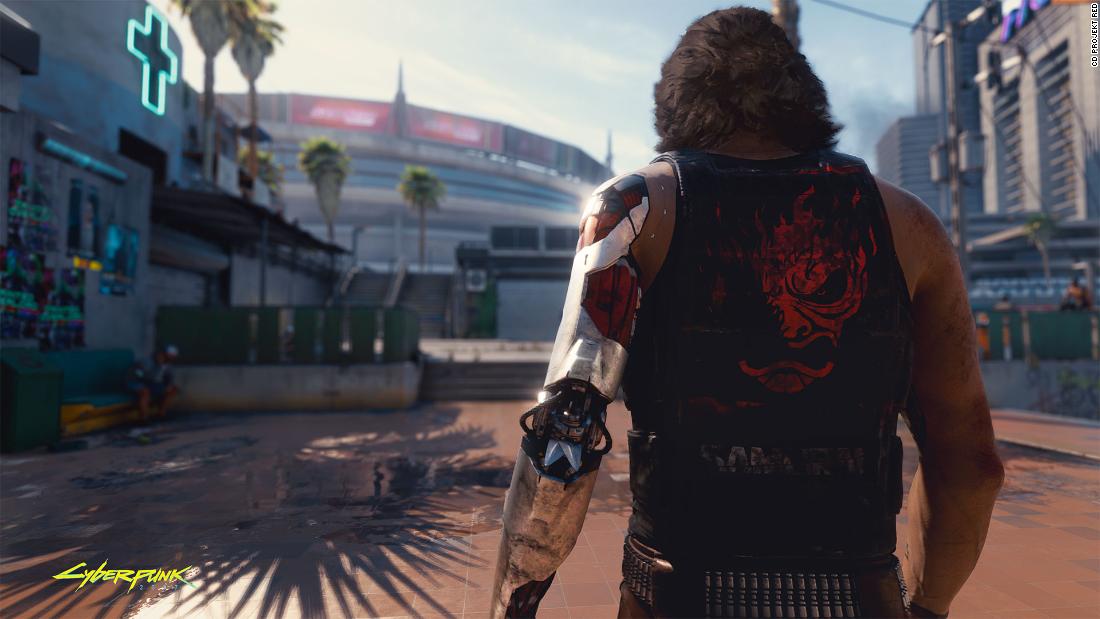 Cyberpunk 2077 is finally here after years of anticipation, and, well…it’s kind of a mess. CD Projekt Red’s long-awaited sci-fi role-playing game is giving players a litany of issues, including serious performance problems on the older PS4 and Xbox One consoles and tons of crashes and strange bugs on just about every platform it’s on.

If you’ve already plunked down $60 on Cyberpunk 2077 and are experiencing these issues, you may be eligible to get a refund depending on where you’re playing it. And if you’ve decided to wait things out, there are tons of great Cyberpunk 2077 alternatives out there that will scratch that dystopian sci-fi itch without making you deal with game-breaking bugs (or an errant car crashing on you from the heavens).

Here’s how to get a refund on Cyberpunk 2077, plus our picks for the best futuristic action and adventure games to play instead.

In a Twitter statement released this week, developer CD Projekt Red recommended that players who bought and are unsatisfied with Cyberpunk 2077 use the refund programs on the PlayStation and Xbox stores for digital copies, or go to their retailer of choice for refunding a physical copy. You can also contact the developer at [email protected] through December 21 for assistance with getting your money back.

However, there are some caveats to CD Projekt’s advice,not to mention some specific rules to know about refunding your game on each major marketplace. Here’s a quick rundown.

PlayStation (Update): After some initial confusion and controversy, Sony has announced that it’s offering full refunds to anyone who bought Cyberpunk 2077 on the PlayStation Store. You can sign-in to redeem your refund here.

On top of that, Sony will be removing Cyberpunk 2077 from the PlayStation Store “until further notice.” Prior to this announcements, some players were being refused refunds from Sony support, with the company simply suggesting that fans wait for a fix.

Xbox: Those who bought Cyberpunk digitally on Xbox One, Xbox Series X or Xbox Series S can request a digital refund here. Digital Xbox games are only eligible for a refund within 14 days of purchase, and Microsoft notes that submitting a refund request doesn’t guarantee a refund.

Steam: If you purchased Cyberpunk 2077 on PC via the Steam marketplace, you can request a refund here. According to Steam’s refund policy, you must request a refund within 14 days of buying the game, and only if you’ve played the game for fewer than two hours. However, the company notes that it will still consider requests that fall outside of those parameters (which will likely be the case for many Cyberpunk players).

GameStop: According to GameStop’s return policy, shoppers can return a game within 30 days of purchase and will get a full refund if it’s in its original packaging. If you’ve opened the game, you’ll have seven days to make your return either online or in person.

Amazon: Amazon notes that video games can be returned for a full refund within 30 days of purchase but notes that games that have been opened or used may incur a restocking fee.

Whether you’re returning your copy of Cyberpunk 2077 or simply want to wait until the game is in a functioning state, there are tons of great titles out there that will let you shoot, hack and simply look cool in a series of neon-soaked dystopias. Here are our recommendations:

Similar to Cyberpunk 2077 in aesthetic and even in name, Cloudpunk is a neo-noir adventure game that tasks you with making dangerous deliveries around the city of Nivalis. Cloudpunk offers a gorgeous sci-fi world to explore with plenty of interesting characters to meet and, unlike Cyberpunk 2077, lets you drive a floating car.

Final Fantasy games have been delivering immersive cyberpunk worlds for decades, and the new Final Fantasy VII Remake realizes that setting better than any game in the series. A gorgeous top-to-bottom retelling of the 1997 classic, Final Fantasy VII Remake immerses players in the futuristic city of Midgar, where they’ll battle the nefarious Shinra Inc. in thrilling combat while experiencing a fresh take on the story of Cloud Strife and company.

Deus Ex essentially set the template for the type of game Cyberpunk 2077 is, and is largely considered to be one of the best games of all time. This immersive first-person role-playing game drops you into a war-torn dystopia set in the year 2052, with incredibly dynamic gameplay that lets you shape the story and approach each combat scenario as you see fit. The original Deus Ex is still beloved today, but you can also check out Deus Ex: Mankind Divided for a more modern experience.

Shadowrun Returns is a great choice for anyone seeking a more old-school role-playing game that still has a modern cyberpunk vibe complete with some good-old fantasy magic. This tactical RPG is set in the futuristic slums of Seattle, where you’ll meet a memorable cast of characters and take on enemies in satisfyingly strategic turn-based combat.

If you like your cyberpunk games with a heavy helping of stylish anime influence, Astral Chain is for you. This Nintendo Switch exclusive is set in 2078 (a year after 2077, which clearly means it’s better) in a sprawling metropolis known as The Ark, where you’ll investigate mysterious interdimensional threats. Astral Chain blends noir-style detective sequences with thrilling hack-and-slash gameplay, making it a must-have for both cyberpunk fans as well as anyone simply seeking a great action-RPG on Switch.

Looking for something more high-octane than Cyberpunk 2077? Ghostrunner will satisfy your virtual bloodlust and then some. This first-person slash-em-up delivers brutally unforgiving and fast-paced melee action, as you’ll run on walls, dodge bullets and take down enemies with your katana in a captivatingly grim post-apocalyptic world.

If you want to return to a time when CD Projekt Red was universally beloved by gamers (or are just wondering why there’s so much hype around Cyberpunk 2077), check out The Witcher 3. While not a cyberpunk game by any means, this high-fantasy epic turned CD Projekt into a household name thanks to a truly massive open world filled with memorable characters to meet and unforgettable story quests to take on. Hopefully Cyberpunk 2077 can eventually get to a state where it’s as beloved as its predecessor, but in the meantime, The Witcher 3 is well worth playing — whether it’s for the first, second or tenth time.

Those who haven’t been completely turned off by the controversy around its launch might be wondering if Cyberpunk 2077 is worth buying. Despite its bugs and performance issues, the game is still garnering some big praise, with the PC version currently sitting at an 87 on Metacritic, thanks to those lauding its impressive visuals, intriguing setting and dynamic open-ended gameplay.

Judging by most reviews and user accounts (such as those of the technical wizards at Digital Foundry), you’ll have the best experience with Cyberpunk 2077 on a powerful gaming PC. The game appears to be running decently on PS5 and Xbox Series X, and even on the cloud-based Google Stadia, which may be a good option for those without access to powerful hardware. But if you’re still on a PS4 or Xbox One, you’ll want to wait until CD Projekt Red rolls out all of its planned performance patches over the next few months.

But no version of Cyberpunk 2077 appears to be running at its full potential just yet, and those who are patient enough to miss out on being part of the conversation right now will only get a better game down the line. And as we outlined above, there are plenty of great dystopian sci-fi games to play in the meantime — even if they don’t have Keanu Reeves in them.