The modern day race to shoot passengers into space has become infernal, quite literally. On Wednesday, a rocket designed by Elon Musk, the 49-year-old CEO of Tesla and founder of space transportation company SpaceX, burst into flames – albeit eight minutes after touchdown, making it a loosely successful test run should the theoretical passengers descend from the rocket with haste.

The promise of galactic adventure also featured in one billionaire’s quest for love. Musk is busy working on a plan to fly the Japanese billionaire Yusaku Maezawa, the founder and former CEO of online fashion retailer Zozo, around the Moon in 2023 on the SpaceX Starship, after the latter paid an undisclosed sum for a ticket.

Early last year Maezawa, 45, initially announced he was searching for a ‘life partner’ to accompany him on the journey and encouraged single women over the age of 20 to apply. But after almost 28,000 did, he cancelled the offer and will instead be making the journey with an as yet unnamed group he describes as ‘Earth’s top artists’.

On Wednesday Maezawa announced that the people could be from anywhere in the world and would become the first private passengers to complete a seven-day expedition around the moon. His criteria now includes “every single person who is doing something creative”.  “If you see yourself as an artist, then you are an artist,” he said in a video.

These are just the latest shots at life beyond earth. For the past half century six flags have stood on the Moon, all bearing the stars and stripes of the US. The final one was planted by the crew of the Apollo 17 spacecraft in December 1972, bringing an end to the Nasa lunar landing programme that launched in 1969. Astronaut Eugene Cernan was the last person to set foot on the Moon during that concluding mission. Before take-off he carved his daughter’s initials into the dust and paused to speak into his headset: “I’d like to just say what I believe history will record: that America’s challenge of today has forged man’s destiny of tomorrow.”

Despite his suggestion that we were at the brink of a brave new world, the revolution in lunar exploration never materialised. The cost, risk and waning public enthusiasm for manned space travel as the Cold War petered out meant countries trimmed their budgets to focus on projects closer to home. Since those early Moon missions, manned space exploration has revolved around the International Space Station, launched in 1998 into orbit roughly 250 miles above the surface of the Earth, and first occupied in 2000. Servicing the Hubble Space Telescope, which circles Earth at an altitude of 353 miles, is as far as any modern astronaut has been.

But last December a new country unfurled its flag on the lunar surface. This time it belonged to China, and it was deployed by an automated Chang’e 5 Moon lander during a mission to retrieve about 2kg (4lb) of lunar rock. The red and gold starred flag was specifically designed (in the words of China Central Television) ‘to maintain its true colours’ and withstand the Moon’s harsh conditions in perpetuity. China, along with its fellow global superpowers, now intends to be there for a while.

After decades of inaction, a modern-day race to the Moon is under way, with nation states, private companies and some of the world’s wealthiest individuals all pouring in billions. Rapid developments made in space exploration in recent years mean the Moon is now of vital strategic importance. Whoever can establish a self-sustaining base there will, in the process, secure a foothold to launch missions further into the solar system – especially Mars.

Fri Mar 5 , 2021
The City of Port Arthur Recreation and Senior Center will get a freshening up, some much needed renovations and possibly more should voters approve a ballot proposition in May. The building, located at 1308 Ninth Ave., houses the parks and recreation offices in addition to being the site for senior […] 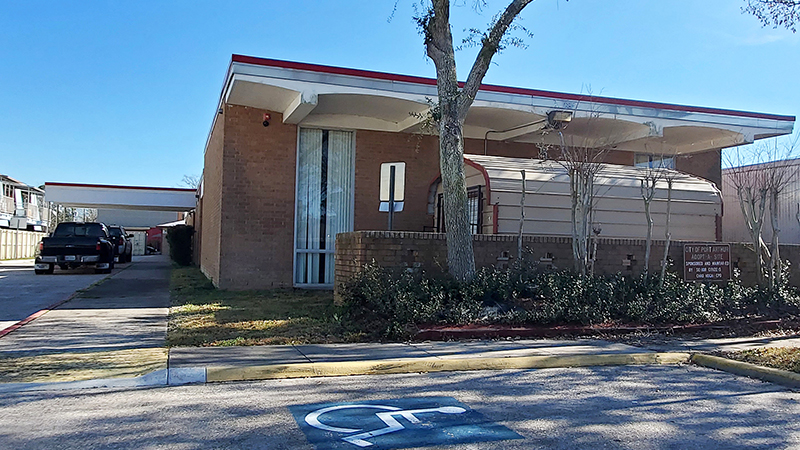