It’s a real accomplishment to have a genre named after your game, and few can claim it. But Michael Toy and Glenn Wichman’s Rogue, which was first released for mainframe computers in 1980, pulled it off. You can’t throw a rock on Steam these days without hitting a “roguelike,” and now the original recipe is coming to the platform on Oct. 21. Let’s delve into the dungeons and find out why this humble little game has so much staying power.

Many of the first computer games adopted the fantasy settings of tabletop RPGs like Dungeons & Dragons. 1976’s Colossal Cave Adventure was an early breakthrough hit in the medium, spreading across PDP-10 mainframes at colleges and tech companies. But that game, and its contemporaries, had the same few flaws: they were text-based and predetermined. Once you knew how to obtain the treasure deep inside the cave, there were no more challenges to be had.

Toy and Wichman, who were students at UC Santa Cruz, wanted to take the fantasy genre to the next level. Inspired by the seminal Star Trek mainframe game—which depicted its spaceships using keyboard characters in the black void of the screen—they devised an ASCII-based system using the curses library in BSD Unix to draw the walls, treasures, and denizens of their labyrinth.

To make every game different, they first implemented purely random map designs. As many designers since then have discovered, that didn’t make for a lot of fun. After a few iterations, they settled on a procedural design system that started with a 3×3 grid framework, populated each space with a room, and then created passageways between them. From there, monsters, items, and traps were added according to a system of rules.

The end result was like nothing gamers had played before—a constantly refreshing challenge that tested critical thinking skills, not memorization. After playtesting, the programmers also introduced the other pillar of the roguelike: permadeath. No save scumming, no passwords, no continues—when your adventurer fell in the dungeon, that was it. Start from the beginning and try harder next time.

It’s important to note that some games tapped into similar themes before Rogue, most notably 1978’s Beneath Apple Manor for the Apple II, but it was the one that spread the farthest and had the most longevity.

Over the next few years, Rogue would grow and expand. Programmer Ken Arnold would join the team, improving the game’s performance and procedural generation. After leaving college, the team founded A.I. Design to port it to the microcomputers of the mid-1980s, exposing a new audience to Rogue and its intricacies.

Sadly, it wasn’t a commercial success. Home gamers had already become used to more involved graphics, but, in one of those “everybody who saw the Velvet Underground started a band of their own” scenarios, it inspired a whole generation of knock-offs and tributes. The source code for Rogue was released and basement and bedroom programmers all over the world started fiddling with it to make their own games.

Probably the most infamous was NetHack, itself an expansion of the 1982 game Hack. Working from the same narrative concept—descending through a dungeon to retrieve the Amulet of Yendor—NetHack amped everything up to absurd levels. The adventure now spanned 50 randomized floors, teeming with a massive menagerie of beasts. Player options expanded beyond simple combat, and they could swear fealty to strange gods, adopt pets, dig graves, and much more.

Japanese audiences also came to the genre through their own path. Developers at Chunsoft were inspired to take the basic roguelike mechanics and put a JRPG spin on them with the Mysterious Dungeon series. Featuring bright, cartoony graphics and a simplified interface, they helped popularize the procedural dungeon crawler. These games would become wildly successful, with over 30 titles in the franchise. They also massaged the permadeath concept a bit to make it more casual-friendly, simply ejecting the player from their current dungeon upon expiring. Existing properties like Pokemon, Final Fantasy, and Etrian Odyssey would also get their own Mysterious Dungeon games.

Other games took inspiration from Rogue but moved away from that game’s primitive ASCII graphics. 1987 Macintosh title Scarab of Ra shifted to a first-person perspective as players explored the Great Pyramid, evading foes and collecting artifacts.

In the states, elements of the genre would inspire massively successful franchises as well. Blizzard’s Diablo featured a more action-based gameplay loop but delivered procedurally generated dungeons and randomized loot to identify, and it became one of the defining games of the late 1990s.

The procedural generation used in Rogue and its children tapped into one of the biggest strengths of computers—their ability to effortlessly crunch numbers. It would take a human dungeon master hours to draw out the caverns and catacombs that Rogue did in milliseconds. Although its procedural generation routines were primitive, they laid the groundwork for similar systems in much more complex games like No Man’s Sky.

Roguelikes became known for “emergent gameplay,” allowing players to interact with increasingly complex systems in a variety of ways. Instead of jumping through carefully arranged hoops, players navigated their own unique challenges every time, created by their actions in the game world. That sort of “find your own fun” became key to the success of sandbox games like Grand Theft Auto III, where the developer’s narrative was just a skeleton on which to hang a series of player-created highlight reel moments.

In the early 2000s, roguelikes enjoyed a renaissance in popularity along with the rise of the indie game development movement. Action games like Spelunky and The Binding Of Isaac took the key philosophies of the genre—procedurally generated levels, permanent death, and a wide variety of intersecting systems—and removed them from the turn-based model, forcing players to polish their reflexes as well. That philosophy has spread to even more types of gameplay, like the deckbuilding card game Slay the Spire.

The notorious difficulty of roguelikes has become a key element of the genre. Unlike many games, in which player progress can be stopped simply through mathematics, roguelikes derive their difficulty from the player themselves. Every problem you encounter is theoretically solvable, but you can’t memorize or brute-force your way through. They embody the philosophy of “git gud,” forcing enthusiasts to master these complex systems to succeed.

Making the seemingly simple decision to let the software do more of the heavy lifting transformed the craft of game development as we know it, elevating the medium away from faithful replications of existing systems into creating full-fledged digital worlds. Although the original Rogue might seem primitive today, it’s worth owning just because of what it inspired.

Rogue releases on Steam on Oct. 21.

Sleeping Bear Dunes vacation: 50 unforgettable things to see and do

Tue Oct 20 , 2020
When it comes to planning a vacation to Sleeping Bear Dunes National Lakeshore, there are tons of great lists already out there — but most don’t go beyond the can’t-miss shortlist of, say, hiking this one trail or visiting that one beach. In honor of Sleeping Bear Dunes’ 50th anniversary […] 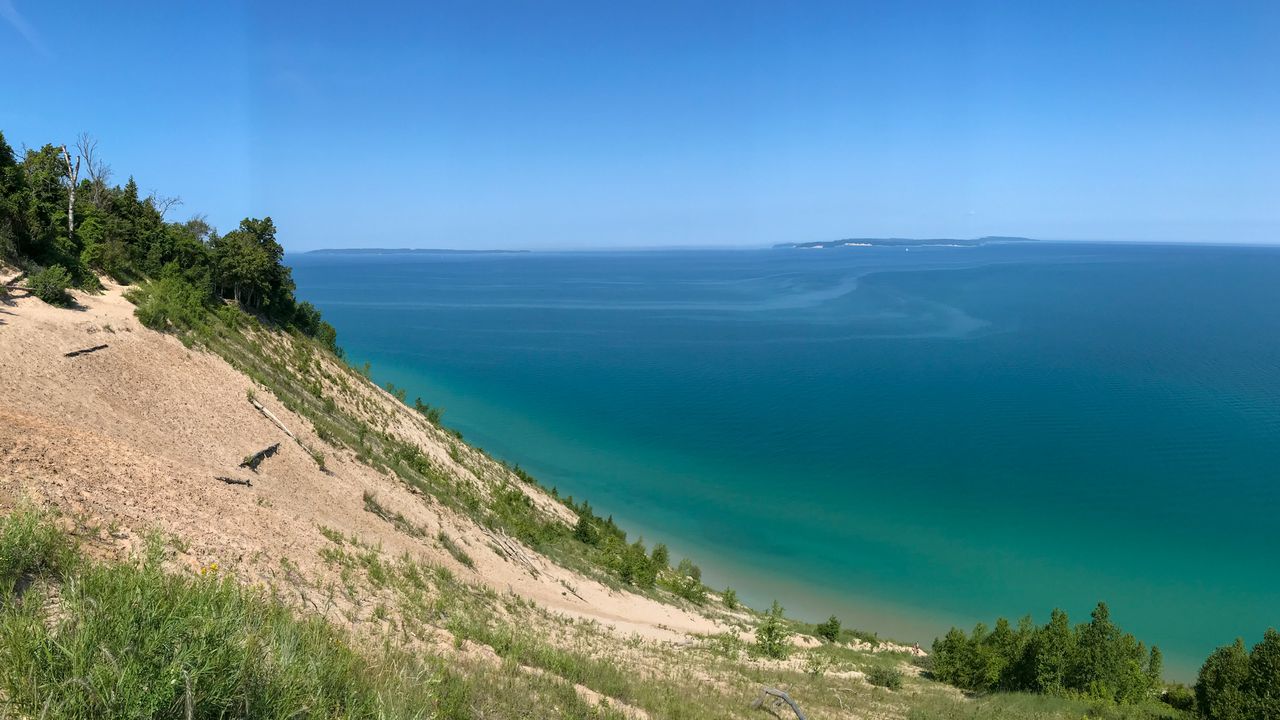