Floribama Shore reality TV from the shores of New Jersey to the sunshine state of Florida.

First premiering back in November 2017 on MTV, The ‘Jersey Shore’ spin-off Floribama Shore follows eight young adults on their summer filled with romance, bromance and drama.

How much does the cast of Floribama shore make?

Living in the sunshine state does not come cheap. Here is how much the cast members makes for their fun-filled summer vacation.

The Atlanta native, who describes himself as an actor, entrepreneur, and music and sports enthusiast, is just as famous on the show as he is with the law, having multiple encounters, including being arrested for disorderly conduct back in May 2020.

Despite this, he has a degree from Kennesaw State University in sports law as well as a clothing shop Shop Kirk Medas, that puts his net worth as of 2021 at an estimated $30,000.

The fashion model turned actress, was also a television host and interviewer before being cast on the reality show. Along with the show, Candace owns Yaagnix, a natural and handcrafted skin, and body care product line.

Following her co-star Kirk, Candace’s success has led her to an estimated $30,000 net worth.

The Alabama native went from bartending in Bay Minette to becoming a successful actress, social media influencer and model.

Known for modeling for brands such as Tropic House Swim and BooHoo Clothing, Aimee also makes a living by selling her gently used clothes to fans on the popular clothing app PoshMark.

Between the show, modeling career, and selling of used clothing, Aimee has been able to build a net worth of an estimated $50,000.

Arguably known as the show’s ‘bad boy,’ Gus is no stranger to getting into fights with fellow cast members, earlier this year getting into a heated argument with pregnant co-star Nilsa Prowant, about cheating allegations.

Despite his reputation on the show, Gus has done well for himself. Along with the show, Gus is a personal trainer as well as a brand ambassador for Fit Strong Supplements.

He is also a model, most famously for romance book covers such as ‘Strip Me Bare’ and ‘Destroying the Biker.’ While it was only estimated that he made $20,000 from season 4 of the show, he has also been a contestant on ‘The Challenge: War of the Worlds’, putting his estimated net-worth at $100,000.

Along with fellow co-star Gus, Jeremiah is also a brand ambassador for Fit Strong Supplements and an avid fitness enthusiast. Jeremiah also gets income from being a bartender on Amelia Island which has helped him join Gus with an estimated net worth of $100,000.

In another life, South Carolina native Codi worked as a basketball coach and referee for Seneca Recreation. He aligns his co-stars in the bartending world, working at The Spot. Along with his appearance in the show, Codi has been able to build an estimated net-worth of $100,000.

After her appearance on the show, Kortni rose to fame and now uses her platform for the promotion of partnerships as well as being a mental health advocate, talking about personal experiences with anxiety and depression.

Along with being a model, Kortni has been able to rack up the show’s second highest net worth at $200,000.

Shocking the world with her pregnancy announcement at the beginning of season four, Nilsa does a lot more than just acting.

Get to know Nilsa Prowant’s baby daddy from Floribama Shore

What did Gus Smyrnios do on Floribama Shore?

What to know about Floribama Shore

Outside of the show, she is the owner of an online boutique called Shop Nilsa Prowant, as well as being a model, photographer and make-up artist.

Nilsa also has a very large social media platform, including an active YouTube channel and Instagram account where she promotes brands, including the popular clothing site Fashion Nova.

Between the estimated $100,000 annually from the show, and all of the other side hustles Nilsa has, it’s no wonder she rakes in an estimated net worth of $350,000, the highest of any of her cast members.

California camping reservations: How to book, where to go

Fri Apr 9 , 2021
Kristen Tate camps a lot. The freelance book editor from San Francisco takes car camping trips for two weeks every summer, during the Thanksgiving and Christmas holidays and often on weekends. She knows it’s tricky to make reservations for campgrounds in California, especially when you’re looking for popular sites during […] 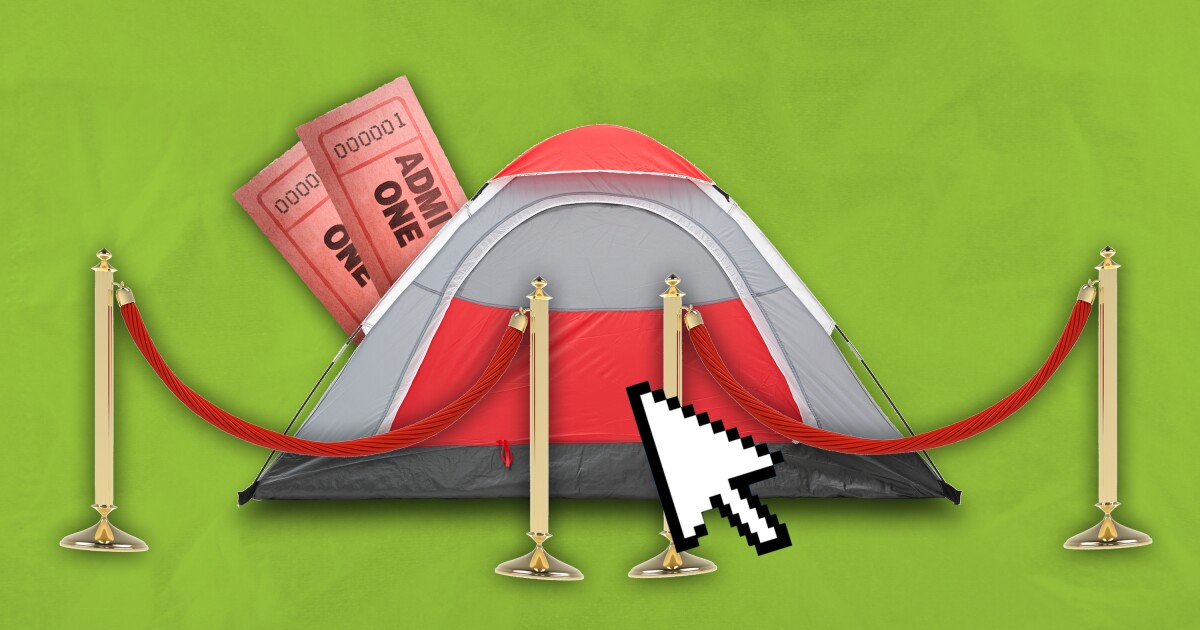