It was news many restaurateurs were hoping for: After Gov. Gavin Newsom announced Monday that the state was rescinding its stay-at-home order, Los Angeles County officials declared that outdoor dining could resume by the end of the week.

Within minutes, restaurants across the county opened their reservations for the first time in two months. This weekend, Élephante in Santa Monica, Saddle Peak Lodge in Calabasas, Employees Only in West Hollywood, the Old Place in Cornell, Madre in Palms, Torrance and Fairfax and many other restaurants plan to welcome diners who can’t wait to sit down and order — outside.

Despite recent, holiday-spurred spikes in coronavirus cases, Newsom suspended the stay-at-home order, in light of projections of lower COVID-19 transmission rates and more promising ICU capacities over the next four weeks.

The move returns restaurant, retail and activity re-openings to the state’s previous color-coded system — where every tier allows outdoor dining. L.A. County remains in the purple tier, the most restrictive, and one that signifies that the pandemic is still “widespread.” These color-coded guidelines began in late August and range from purple to red to orange to yellow as average case rates and positivity rates improve.

The current county restrictions on outdoor dining were announced Nov. 25 and were supposed to last for at least three weeks. The state’s regional stay-at-home order expanded the restrictions days later. Now, the county ban is scheduled to end Friday with the return of alfresco on-site service, most likely at 50% capacity.

The city of Los Angeles could opt to keep outdoor dining paused, but as of Tuesday morning, the mayor’s office had not made an announcement — and, historically, it tends to align with county restrictions.

Some chefs and restaurateurs were ready to spring into action after the county made its announcement, approaching Friday with a mix of excitement and caution; others, exhausted after months of changing regulations, are waiting for better news about vaccine supplies and heat maps that are trending toward yellow.

Tipped off by a Sunday email from the California Restaurant Assn. which noted that Newsom would cancel the stay-at-home order Monday, L’Antica Pizzeria da Michele’s leadership planned an immediate return.

“We were ready to go now,” owner Francesco Zimone said Monday afternoon. “We called everyone to open today. I had already assembled the team last night.”

Within an hour of the county’s announcement, the restaurant reactivated its online reservations and the Hollywood pizzeria with a verdant, bulb-lighted patio, booked nearly 100 covers. Hours later, the restaurant’s weekend reservations were almost full.

“I think everyone wants to open,” says restaurateur Steve Livigni.

Livigni and his partners spent tens of thousands of dollars on outdoor dining setups: one for Scopa Italian Roots in Venice, another for DAMA in the Fashion District. At DAMA, the tent went up Nov. 23. Two days later, the county’s latest outdoor dining ban went into effect. Caravan Swim Club, another of Livigni’s properties and one within Hotel June in Westchester, operates entirely outdoors; its closure also meant a temporary end to all food and drink service within the hotel.

“I think as long as there’s a path that reopening doesn’t get reshut down within a month or two months or three months,” Livigni said, “then everyone wants to reopen. As soon as possible.”

In Pasadena, it’s already underway. After the county announced its restrictions at the end of November, Pasadena continued to allow outdoor dining — until California’s regional stay-at-home order shut it down.

“We were open for a Hollywood minute while everything else was closed, and at that time, it was packed out there,” said Michael Cardenas, cofounder and partner of Innovative Dining Group, which operates a Sushi Roku tucked into Miller Alley. “It was nuts. We had record weeks because people in downtown Los Angeles and WeHo were going to Pasadena to dine.”

The only thing halting an immediate relaunch of the group’s Pasadena location is the need to prep, rehire and retrain staff. (Innovative dining Group will reopen SushiWay in Oxnard on Tuesday, along with Sushi Roku in Newport Beach. Everything else — two BOA Steakhouses, Katana, Roku and the remaining Sushi Roku locations, Pasadena included — are now scheduled to reopen Friday.)

And while Innovative Dining Group is all-in on reopening this weekend, the partners will be easing into service; where some locations might normally take 400 reservations, they’ll take 100 at first. To Cardenas, even a slow and cautious return to outdoor dining is an improvement.

“I understand we had to close, but we also have to understand that it’s trending down. It seems like there are being less people being admitted to hospitals, and so I think: ‘Give us a break, give us a chance,’” Cardenas said.

“The situation, as you know, can change overnight,” L.A. County Supervisor Hilda Solis said in a county briefing Monday. “Like we’ve seen before, more restrictions may be needed if the variance and noncompliance lead to more transmission and more hospitalizations.”

Not all restaurants are looking to reopen so quickly.

Frogtown taqueria Salazar features an open-air dining room, which owner Billy Silverman closed in the spring when on-site dining was first banned. In the summer, when it could return, Salazar waited out of caution until September. The restaurant had two months of on-site service before the county’s dining ban, and for Salazar — far from alone — the costs of staffing only for delivery service couldn’t outweigh the income or the risk. Now he’s choosing to keep Salazar dark again, at least for the time being.

“I think we, like everybody else, were caught completely off guard by this announcement,” said Silverman. “Basically, it’s a matter of the numbers are much worse than when they made us close, and I haven’t really seen other suggestions that anything’s improved to merit this decision.”

L.A. County’s late-November outdoor dining ban was triggered by a five-day average that rose above 4,000 cases, at 4,097; as of Jan. 20, the seven-day average was 7,328 — much higher than November’s average cases, but a vast improvement from the seven-day average on Jan. 8, at more than 15,000 cases. The Jan. 20 average, along with positive trending for ICU capacities throughout the state, are projected to improve further over the next four weeks. Still, Silverman and others prefer to give their reopenings more time.

“Long story short, it’s just not worth it for us to rush back, as much as we’d like to. I don’t have other restaurants. It’s all I do, so I very much would like to be open, but this is not the time,” Silverman said. “I don’t see anything has changed, so it doesn’t make sense to open. I get that it’s improving, but it’s not where it needs to be.”

Wed Jan 27 , 2021
As immigration stories go, “Resident Alien” isn’t exactly an argument for open borders. Harry Vanderspeigle has, after all, arrived in snowy Patience, Colo., with the express purpose of wiping out all of humankind. His orders from home instruct him to instigate a “full extinction event.” He’s not really interested in […] 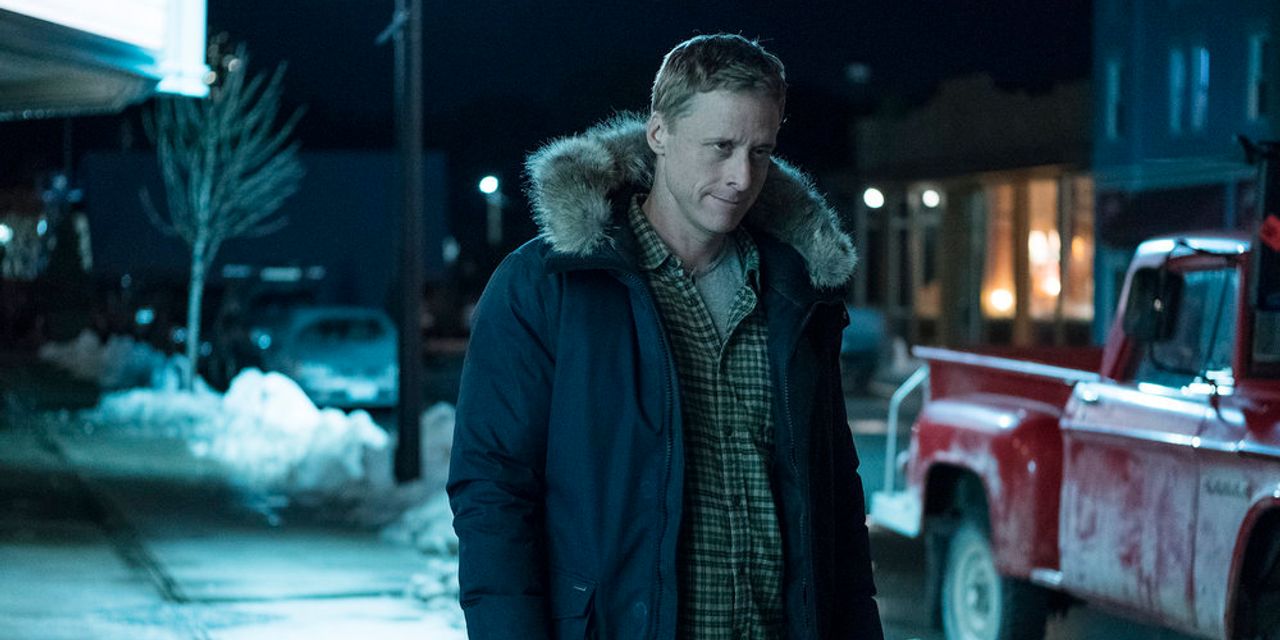