In “Beers and Weirs,” the second episode of the short-lived cult classic TV show Freaks and Geeks, the protagonist Lindsay Weir (Linda Cardellini) is pressured into hosting a keg party for her new slacker-stoner friends. She spends all afternoon preparing for it: pouring bowls of Cheetos and chips, evenly distributing stacks of cups across the space, planning the music she’ll play, and redecorating. When her “freak” friends arrive, they marvel at her new decorations, so clearly out of place: lava lamps and neon psychedelic unicorn posters set among wood panelling, sensible Midwestern decor, and framed family portraits. Lindsay eagerly awaits validation from Daniel (James Franco), Nick (Jason Segel), and Ken (Seth Rogen). Instead, Ken challenges—“What do you think we are, hippies?”—before Nick reassures Lindsay. “My house is so boring-looking, so I just wanted to make it look more party-like,” she explains.

When the party inevitably dissolves into disaster, Lindsay winds up pseudo-drunk and in tears, confiding in her little brother’s geek best friend. There, she articulates the predicament at the center of the show, part of what makes it such a perennial joy to watch: “All my new friends think I’m some goody two-shoes, and all my old friends think I’m throwing my life away. What the hell am I supposed to do?”

Freaks and Geeks is now streaming on Hulu for the first time ever, in its 18-episode entirety, with all its vital original music intact. The show premiered on NBC in September 1999 and was cancelled in 2000, after only 12 episodes aired (the remaining episodes were released later thanks to a movement of fans). As a remedy for the show’s poor ratings, executives pushed for writers to give the cast of teenage characters “more victories.” Creator Paul Feig and producer Judd Apatow refused to compromise the authentic heart of the show, and thus, Freaks and Geeks became a one-season wonder. After 2000, it lived on through “word-of-mouth recommendations and bootleg burned eBay DVDs” and (after an internet petition garnered over 35,000 signatures) finally became available on DVD in 2004.

This new streaming platform brings a multitude of new and younger viewers to the show—and with them, reemerging digital communities of Freaks and Geeks fans. In its first week of Hulu streaming, the view count on TikToks tagged “#freaksandgeeks” increased by over three million. Thousands of likes and hundreds of comments suggest that a new fan community for the beloved show is growing on the video-based social app. From Gen X’s bootleg DVDs to legal streaming today, Freaks and Geeks has rippled through generations of teenagers like a secret manual for life. It remains relevant to young people today because it uniquely showcases the challenging, awkward shapeshifting of adolescence—and lets us laugh at it.

Feig intended the show to act as a kind of tonic for teen angst, something to help prepare kids for high school. In an interview with the Hollywood Reporter, he said:

When I went to high school, I was terrified and didn’t know what to expect. And I really liked the idea of a parent being able to hand this to a 13-year-old kid about to go into high school, who’s afraid, and go, “Here it is. This is kind of what’s going to happen to you, in various ways, but these are the types of things you’re going to be confronted with: bullies and weird relationships and awkwardness and the ups and highs and lows and all that.”

I watched Freaks and Geeks for the first time in 2012, when I was fourteen and terrified of starting high school. I don’t remember how I first heard about the show—possibly from Tumblr or my best friend’s older sister, but more likely, from Tavi Gevinson’s Rookie magazine. Even with its wide readership, Rookie still feels like somewhat of a shared secret, an online-publication-turned-IRL-community of young people shaped by its brilliant and sensitive writing about feminism, pop culture, and growing up. Along with other cult coming-of-age shows, Freaks and Geeks was one of the pop cultural centerpieces of Rookie; it wasn’t merely another favorite show, but rather a signal of kindred spirit and a basis for friendship among fans.

Today, that same sort of digital community around Freaks and Geeks just might be materializing again on TikTok, the social media favorite of the current youth. When I saw the first glimpses of today’s teenagers showing their appreciation for the show, I thought, damn, it really holds up. Now, in the same manner of the comment sections on Rookie and the notes and reblogs on Tumblr posts, I see people coming to the show by internet peer word of mouth—watching TikTok clips from the show, asking for the title, and gaining access to an illicit roadmap on where to watch it (before it was legally streaming).

According to TikTok’s view counts, videos under the “#lindsayweir” tag have a collective 3.1 million views and counting. Videos tagged “#freaksandgeeks” have over 24.1 million views (though they’re not all about the show, many are). In the time since the show hit Hulu, more videos have been popping up, with seemingly more and more views, engagement, and comments from users extolling the show, celebrating its new availability, and lamenting its cancellation.

A modern youth audience for a 22-year-old show brings an updated perspective. On TikTok, some imagine how each character would reply when asked what pronouns they use. Some imagine the characters’ astrological charts. In one video, a fan-edited supercut of Lindsay moments focuses on her feminist messages and sets them to Grimes’s “Oblivion.” One of the top-liked comments on it reads, “No wonder it got cancelled. She was telling the truth lol.” In another, a user sets shots of Lindsay, Daniel, and Kim Kelly (Busy Philipps) to Olivia Rodrigo’s “Drivers License” and a commenter remarks, “This song is literally about them.” One video jokes that Nick is the younger, “sandwich”-eating stoner version of Marshall Eriksen (Segel’s character in How I Met Your Mother). In other videos, users faithfully recreate the Freaks and Geeks intro. One TikTok user’s intro recreation caught the attention of Seth Rogen, who retweeted it, celebrating the enduring love for the show.

Some fans redirect attention away from the intended crushable character (James Franco’s Daniel), and toward characters like Nick or Bill (Martin Starr). It’s unclear whether these TikTok creators are cognizant of the shift in perception that the revelations about Franco—the allegations of sexual misconduct and physical assault, including on the Freaks and Geeks set—have brought, but even so, the recasting of who’s desirable in the show is a noteworthy shift.

Freaks and Geeks continues to resonate because it allows its characters to be themselves, even if it means illuminating the ridiculous things we all do at one point or another to impress others (like redecorating your house pre-kegger), hoping to win affection and acceptance. Unlike commercially successful late ’90s teen soaps like Beverly Hills: 90210 or Dawson’s Creek, Freaks and Geeks resists the temptation to focus on attractive 20-somethings who play wealthy teenagers seeking sex, success, and romance. Acclaimed modern teen dramas like Euphoria aspire to authenticity, but can wind up alienating viewers whose own teenage reality is far from the show’s version, where the characters have sex, get drunk, do drugs, and battle addiction, all while wearing cool outfits and looking ethereal in neon makeup. Freaks and Geeks provides a more welcoming entry point to adolescence, one that makes room for young people at varying stages of their lives and doesn’t judge too harshly, no matter where you fit in.

From the very beginning, Lindsay is a protagonist who questions everything (faith, sex, school, drinking, drugs) and in doing so, makes it okay for the audience to question those things, too. She changes her mind and makes mistakes, like egging her own brother on Halloween, helping Daniel cheat on a test, or getting so high her first time smoking that she thinks she’s living in a dog’s dream. But these are the kind of mistakes that are actually good in the end, the ones we later recognize as the moments that made us who we are.

From Gen X to Gen Z (and those beyond and in-between), Freaks and Geeks has continued to resonate because it’s unlike any other high school show in its honesty. It’s the anti-teen trope teen show, and though that very fact led to its cancellation in 2000, it’s the reason so many continue to love it today. It shows such empathy to each of its characters, and in the process keeps its viewers company in a preternaturally comforting way. It’s the ideal show for this isolated moment in time, whether you’re a teenager or adult, watching for the first time or the tenth time.

When I rewatched the scene where Bill comes home from school, makes himself a grilled cheese sandwich, and laughs alone while watching TV, I thought: we are all Bill Haverchuck. Of course, that Bill feeling doesn’t last. One second we might feel like geeks, and the next, we’re freaks—laughing along with a show that lets its characters and fans exist happily, awkwardly in-between. 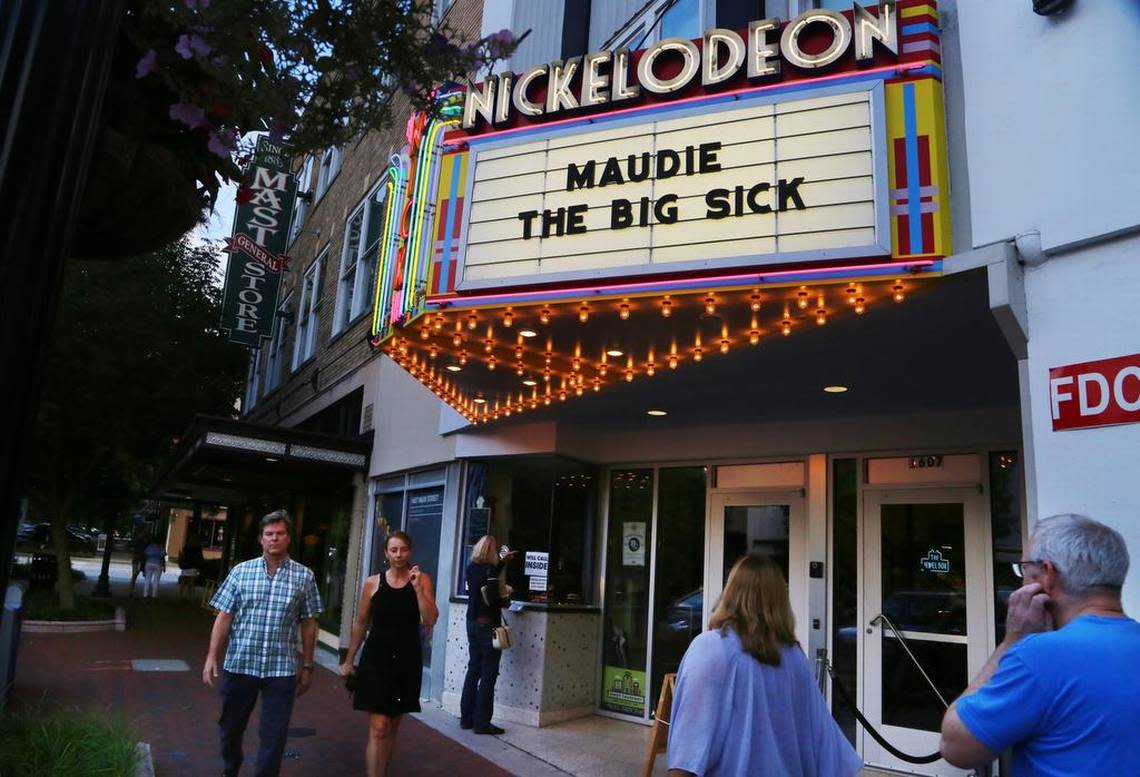 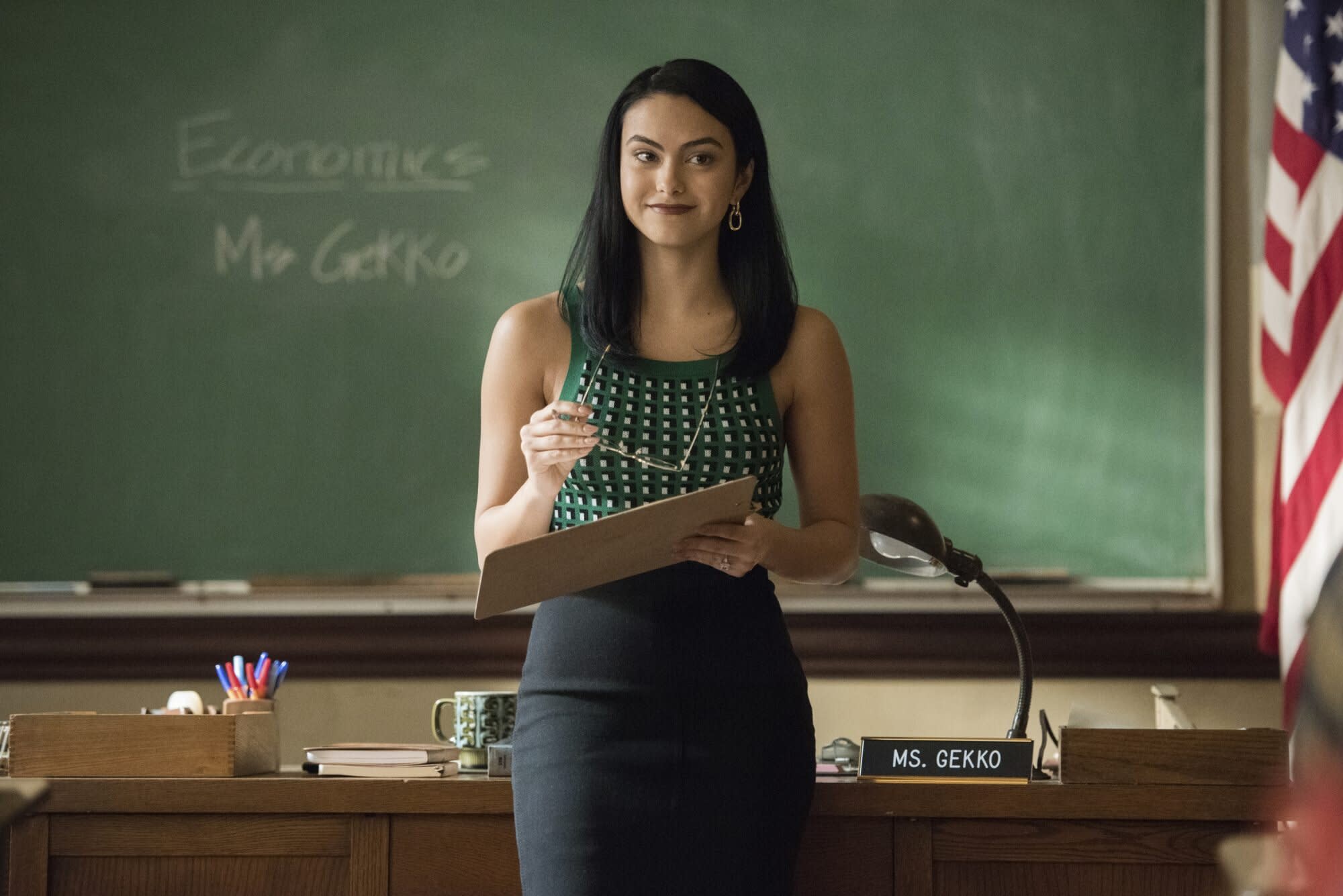 ‘Tom and Jerry’ are still at it, same as it ever was 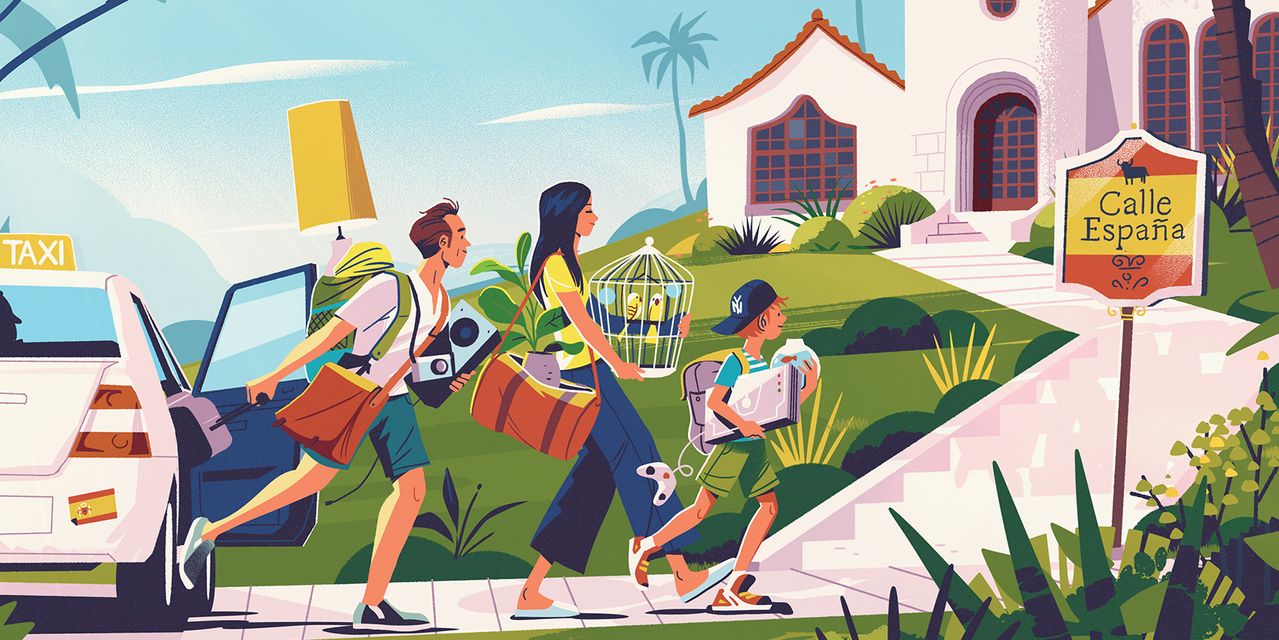