Angus Thirlwell’s raison d’être is more fun than most: to make people happy through chocolate.

The Hotel Chocolat boss said this morning “it’s a good reason to get out of bed”, and investors appeared to agree. The Covid outbreak has hammered the stock, which had steadily grown to highs of 496p since its 2016 IPO. Shares in the retailer rose 7% or 20p to 300p today, as it shrugged off the pandemic to post tasty trading figures.

The company saw revenues rise 3% to £136 million in the year to June 28. Sales were only down 14% in the second half despite lockdown forcing it to shutter its shops, which usually account for 70% of revenues, in the crucial Mother’s Day and Easter period. Online sales surged 200% in the last quarter.

The retailer raised £22 million through a share placing in March to fund growth, including creating more UK manufacturing. High Street stores are performing better than quiet city centre shops in London, Manchester, Leeds and Birmingham. Thirlwell said there’s no plans to shut any of its 125 UK stores and many of its leases are due to expire in the next two years, meaning it can trim its portfolio if needed.

Shoppers are required to wear face masks in shops from today, but Thirlwell is relaxed about handling the matter. “Our team are enthusiastic. We do not want to come across like chocolate traffic wardens,” he said.

The group said trading had improved steadily since the depths of lockdown, with revenues in its core market improving from a 9.4% slump in April to a 0.6% fall from May 1 to July 21.

The FTSE 250 also fell, down 185 points to 17303.68 with Cineworld its biggest faller, off 8% at 49p. The debt-laden cinemas operator has been hurt by the global lockdown and its venues are finally due to reopen on July 31. However it suffered a blow as Walt Disney has cancelled the August release of Mulan. Its Christmas blockbusters for the next two years, Avatar and Star Wars, have also been delayed for a year.

Engineering group IMI was on the charge — up 9% at 1093p — as first-half profits advanced 5% to £116 million, despite a drop in revenues. Margins at the company, which makes components for industries such as nuclear energy and oil and gas, were better than the City had expected.

With pubs shut, the country turned to boozing at home in lockdown, and Naked Wines today reported a 77% surge in first-quarter sales. The online-only subscription business delivers wine to customers’ homes and saw a 67% sales surge on a year earlier last month. Investors fancied a tipple, marking the shares up 8p at 413p. Separately the firm said former Argos boss John Walden intends to step down as chairman after the annual meeting on August 6 due to “personal reasons”.

Where to buy a face mask: the best face coverings to buy online

Face masks to be mandatory in banks, takeaways and shops

What happens if my Spain holiday is cancelled?

Fri Jul 24 , 2020
Sunbathers wear face masks on a beach in Galicia – Getty It’s a nervous time for holidaymakers headed for Spain, with localised lockdowns in Catalonia and Aragon and nearly 1,000 new cases reported in the country yesterday, including a rise in infections in Malaga. France is considering closing its border […] 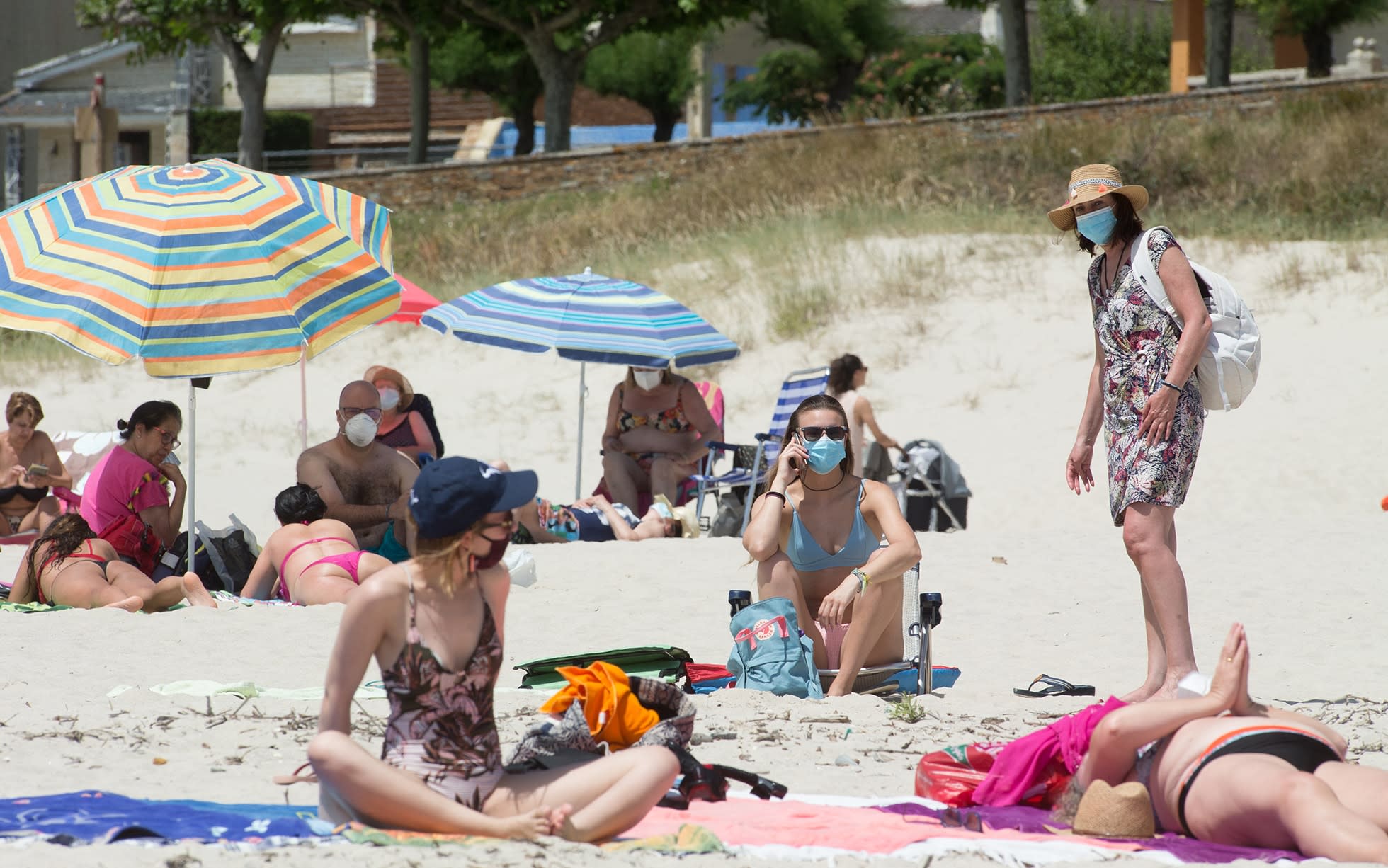