After an anxious flight to Texas for a business trip, Orange County artist Patrice Miller vowed to stay clear of airports and airlines for the foreseeable future.

It made her nervous to see passengers on her flight from John Wayne Airport to McAllen International Airport seated with no physical distancing, many refusing to wear masks.

But she said she was most unnerved about her hourlong stopover at Dallas-Fort Worth International Airport, where travelers mingled together around eateries and crowded into retail stores, about half of them not wearing masks.

“I’m going to another conference next week, but I’m driving,” Miller said.

Airport operators across the country say such dread by airline passengers has helped push air travel demand down by nearly 65% compared with last year. In response, they have launched an effort to overhaul the way Americans fly in hopes of reducing the risk of spreading the coronavirus and encouraging travelers to take to the skies in pre-pandemic numbers again.

Airport executives have already come up with a handful of ideas for overhauling the flying experience, including performing airport health screenings, encouraging passengers to reserve times to go through security screening to reduce crowding, and using technology to dramatically reduce the need for travelers to have face-to-face contact with airline gate agents.

“It all comes back to making the traveling public feel safe and implementing tested solutions that make a meaningful difference to the health of the traveling public,” said Carter Morris, executive vice president of the American Assn. of Airport Executives, which represents nearly 875 airports in the U.S.

The trade group has teamed up with 12 of the nation’s largest airports and several technology and engineering companies to form the Airport Consortium on Consumer Trust Program, which seeks “to restore passenger confidence in commercial air travel” through deployment of new technologies and procedures.

Rather than wait for the federal government to recommend changes to the nation’s airports, members of the consortium said they decided to take the initiative. The kickoff meeting for the group took place Oct. 30.

Although some members of the consortium say they are optimistic that a few ideas can be adopted within weeks or months, huge hurdles remain, such as getting cooperation from the various state, federal and local government bodies involved in operating, regulating and funding the nation’s largest airports.

“It’s primarily a coordination issue,” said Regine Weston, an airport planner with Arup, an engineering company and member of the consortium.

Airport executives, contending with a steep decline in revenues, are hoping that many of their ideas for upgrading airport terminals can be funded through federal grants.

“We all realize that we have to invest in solutions in order to bring passengers back and get them to travel,” said Justin Erbacci, chief executive of Los Angeles International Airport, who has taken a lead role in the consortium.

The group has already come up with several ideas to reduce the risk of spreading the virus at airports, some of which are being tested at LAX, Chicago’s O’Hare International Airport and other sites. Below, a glimpse of what airports may look like between now and the end of the pandemic – and perhaps beyond.

One idea involves creating a so-called air bridge between international destinations that agree to require passengers flying between them to get tested or undergo other health screenings for COVID-19 symptoms. Consortium members hope preflight tests and checks can cut the risk of spreading the virus across borders and revive international travel demand.

But health officials have noted that preflight testing has limitations, as some travelers can test negative shortly after being infected and before the virus has had a chance of multiply.

United Airlines began in November to offer passengers flying from Newark-Liberty International Airport to London’s Heathrow Airport free COVID-19 tests in the airport terminal. The pilot program was designed to demonstrate that travelers are willing to take such tests before a flight. United Airlines officials say they hope the effort convinces Britain to adopt an air bridge between the two cities, exempting passengers with negative test results from Britain’s 14-day quarantine requirement.

In November, LAX launched interim testing sites at three terminals as a precursor to installing a coronavirus testing facility at the airport in December. The onsite lab, to be operated out of converted cargo containers, will be able to produce results in about two hours. Passengers who get negative test results can then get clearance to fly to places that already require a test before entering, such as Hawaii.

“I believe it will be a matter of time that international air bridges are in place and get adopted by governments to allow people to travel,” Erbacci said.

LAX has also tested thermal cameras at Tom Bradley International Terminal to try to spot passengers with high body temperatures, a common symptom of COVID-19. Consortium members said such cameras should be installed at all major airports to help spot infected travelers.

Temperature checks are not a silver bullet: Health experts say people can spread the virus while showing few or no symptoms.

To avoid crowds and long lines, which can increase the risk of exposure to the virus, consortium members want to persuade travelers to use a smartphone app to book an arrival time at the airport, along with a time to get in line at the security screening checkpoints and a time to arrive at the gate. The scheduling system, which has yet to be adopted, is intended to improve the flow of passengers through Transportation Security Administration lines and other choke points.

Passengers would also be able to reserve seats at their gates. Travelers who make such reservations will get to wait for their flights in seats that will be set aside from other passengers or separated by a barrier, Weston said.

“This relies on technology and smart design,” she said.

Consortium members also say airports can reduce the risk of viral spread by increasing airflow in terminals and by upgrading existing heating, ventilation and air conditioning (HVAC) systems so that air passes under ultraviolet light to kill airborne viruses.

Paula J. Olsiewski, an expert on indoor environment and a biochemist at the nonprofit Alfred P. Sloan Foundation, agrees that such changes, coupled with strict enforcement of mask-wearing, can make a difference.

She noted that the Centers for Disease Control and Prevention and the World Health Organization recommend increasing ventilation in buildings.

“Most HVAC systems can be adjusted to increase the amount of outdoor air flowing into the facility, and reduce or eliminate the amount of recirculated air,” Olsiewski said.

Facial recognition technology that has already been tested to confirm the identity of international travelers should also be used on domestic travelers, reducing the need for travelers to come in close contact with security officers or airline employees to confirm their identity or boarding status, said Gary McDonald, president of Materna Americas, a technology and software company and member of the consortium.

If the airlines and government agencies share data on who is flying, airports could create a facial recognition system that would allow travelers to zip through the airport without stopping, he said.

“They can have the cameras look at you, verify it’s you, a gate opens and you go to your plane,” he said. “We’re not talking about technology that is 20 years away. It’s here.”

Also, kiosks that dispense boarding passes and spit out luggage tags could be connected to a passenger’s smartphone via wireless internet, allowing travelers to operate them from their smartphone screens. That would eliminate the need to touch the kiosks, McDonald said.

At LAX’s Tom Bradley International Terminal, a dozen touchless check-in kiosks were tested during a 30-day trial period in September.

At O’Hare, Spirit Airlines installed a system that lets air travelers drop off their luggage without coming in contact with an airline employee.

Members of the consortium said the success of the group’s effort depends on the cooperation of many private and public players.

“We see that many of the airports are all looking at the same things to get through this COVID crisis,” said Erbacci, who oversees one of the nation’s busiest airports. “Rather than go different ways, it made sense to work together toward identifying innovations that can help us get through this.”

Playing in an Online Casino to Win

Wed Dec 2 , 2020
Have you heard a lot of stories of people hitting a jackpot? The truth is that there are quite a lot of winnings in the history of online casinos. Some of these lucky players have been gambling for many years until they managed to win big. While there are also […] 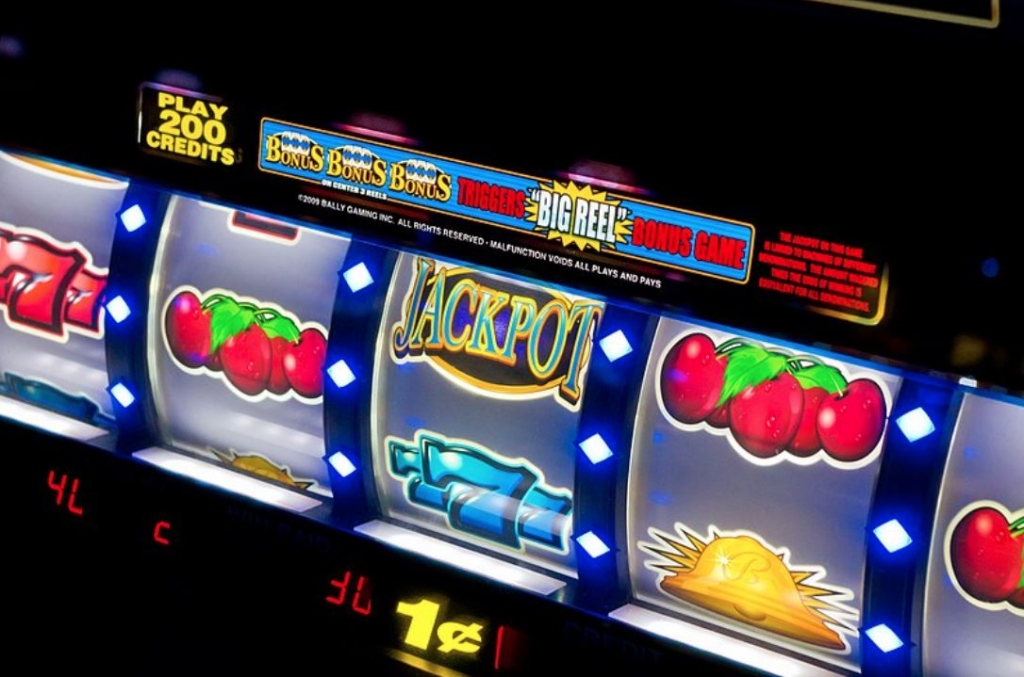