Clarissa Carson cradled her baby girl in her arms and felt her heart drop. The ICU nurse looked out her front window, barely making out trees across the street. Dense, choking smoke — the result of nearby wildfires — had settled in her hometown of Medford, Oregon, a city of 82,000 located 27 miles north of the California border.

It was 2017, and Carson badly wanted to take her daughter, who had just started crawling, outside to their yard, to let her feel a ray of sunshine on her face, let the grass tickle her knees. She knew sensory input was critical to her development. This was the summer Carson’s blue-eyed baby girl started balling up her fists and shaking her hands when she got excited, drool spilling onto her chubby cheeks.

Carson knew if they went outside, she’d get that reaction. But she also knew that with the hazardous air quality, it wasn’t a good idea. Earlier this week, Carson’s daughter had a meltdown — “I just wanna swing! I wanna swing high!” she bawled — when Carson wouldn’t let her go outside.

Three years later, the problems persist. As climate change evolves and fire season burns hotter and longer, the West Coast is increasingly blanketed in dangerous air for long stretches. In Oregon, the Air Quality Index has regularly registered over 500 in much of the state over the past 10 days (healthy air quality is from 0-50; anything above 301 is considered hazardous).

Battling wildfires year-round is now the norm. How did we get here?

Extremely unhealthy air isn’t unique to Oregon. Smoke has hung over the Bay Area in California and parts of Los Angeles County for most of the past month, and Washington state is dealing with similar problems.

County and state officials everywhere have repeatedly urged residents to stay inside to avoid the smoke as much as possible. But no one is completely safe from inhalation of hazardous particles, leaving Carson and other parents to wonder about the risk for young children with still-developing lungs and respiratory systems.

Should parents be concerned, they ask — and if their kid already has breathing problems, should they be thinking of leaving permanently?

“Do my kids have asthma? Not yet,” said Zach Kuhlow, 42, an ER nurse who has a 13-year-old daughter and 10-year-old son. “They’re healthy right now, at their baseline, but I worry about their cardio pulmonary health. Staying here, I feel like I’m just setting them up for failure.”

Rains are expected in Oregon this weekend, which will help clear out much of the bad air. But fire season on the West Coast is likely to stretch into late fall, which means this is merely the beginning terrible air.

The Kuhlows lost their home in the Alameda fire that destroyed the small towns of Talent and Phoenix just outside of Medford. Currently cooped up at a hotel, Kuhlow is all but decided that it’s time for the family to leave the Pacific Northwest. Originally from Florida, he’s heard from friends that Asheville, North Carolina, at the foot of the Blue Ridge Mountains, is a great place to raise a family.

“I’m putting my foot down,” he said. “We can’t stay here. We have such a great community, and it’s gonna be hard to leave but … if you equate the Air Quality Index to smoking cigarettes, it’s basically like you’re smoking multiple packs a day if you go outside.”

Children inhaling polluted air in any form isn’t ideal, said Dr. Holger Link, a pulmonology pediatrics expert at Doernbecher Children’s Hospital in Portland. But studies related to air pollution from fires, both wildland and urban, are almost non-existent for a variety of reasons.

“The truth is, we don’t know the long-term effects,” Link said. “This is all quite new, the extent and severity of the pollution due to wildfires. … We need to invest in public health and really study these things to understand what it means for our children.”

Studying children’s lung functions can be tricky, Link said. First, it’s important to remember that smoke exposure is different when you’re talking about a wildland fire (where mostly vegetation is burning) vs. an urban fire (where toxic building materials often burn). That results in “very different things, different particles, in your lungs, which makes it hard to know the specific effects,” Link said.

Second, it’s nearly impossible to test children under 6 for lung function, because the test calls for patients to take a deep breath then blow out out as hard as they can for as long as they can, typically 5-6 seconds. They repeat the process three times. But that’s a technically challenging test requiring comprehension and coordination — not to mention an attention span — that’s tough for any child under 6.

“I’m just now starting to get her to reliably blow her nose, to understand that you blow out,” Carson said. “There’s no way she could do a pulmonary function test.”

Other options involve chest X-rays and heat scans, but doctors try to limit young children’s exposure to radiation whenever possible. Plus, no matter the method used, it’s hard to keep track of a large group of people if you want to study their health for 5-10 years.

“It’s clear we all agree clean air is good, there’s no question about that,” Link said. “And air pollution does and can have a negative effect … the concern is about the cumulative effect on young health.”

Link said humans’ lungs have “significant reserves” built into them; they’re pretty tough. Lung function naturally declines with old age and eventually most people hit a wall. With kids who are annually inhaling hazardous smoke, “the question comes down to when you hit that wall,” Link said. “Is it when you’re 60 or when you’re 30?”

‘Our bodies can only take so much’

Staying inside and away from bad air seems like a no-brainer when the air quality is so bad it doesn’t even register on the agreed upon scale (though the AQI technically goes up to only 500, parts of Oregon registered into the 800s in the first days of the fires).

Your backyard doesn’t have to be burning to feel the impact, either.

Jenna Friedenberg grew up surrounded by smog in Los Angeles County’s San Fernando Valley, a fact that “disturbed my parents, they felt so guilty about it.” She remembers driving to middle school and thinking that if a huge vacuum could come suck up all the gross, gray air that hung over the city, it would make everything better.

Now, her kids —  Emmett, age 7 and Rosemary, age 4 — are living with the same reality in Eagle Rock in northeast LA.

“I grew up with wildfires and never felt particularly bothered, but our bodies can only take so much before there’s damage, right?” said Friedenberg, 42. Her husband has severe enough asthma that he takes daily medication to ward off attacks, and Emmett has spells that require his own inhaler. Since smoke started rolling through Southern California, Friedenberg has noticed Emmett getting bleary eyed and “rubbing his nose so much he’s trying to rub it off his face.”

“The idea of them developing worse ailments later on, because we chose for them to grow up in this environment? That’s quite a burden,” Friedenberg said.

Last week, when smoke crept into their house, they fled to a rental in Joshua Tree in search of blue skies. Friedenberg recognizes her family is extremely privileged, that for many people, leaving isn’t an option. The air is getting so bad she’s wondering if they should leave for good.

“You know, Omaha is a very pleasant city. If we all moved there it could be nice. Or Duluth, that could be a lot of fun,” she said wryly. She turned serious again, and let out a sigh of frustration. “All of this stuff, COVID, the fires, everything, it’s only illuminating the horrible inequities in our system. The fact that we could go online and set up an Airbnb to escape, so many people can’t do that.”

In Oregon, the city of Phoenix (population: 4,600) is home to a large Latino community. Jonathan Chavez Baez, 35, is the assistant director for Latino programs at Southern Oregon University in Medford, working with about 3,000 area Latinos. He knows for many residents in that community who work in agriculture, there’s no break.

“We have so many families — parents, aunts and uncles, high schoolers — who are working the in the field every day, trying to make ends meet and they go to work rain, shine or smoke,” Chavez Baez said. There’s no guarantee that their homes have sophisticated filtration systems to keep out bad air anyway. Many of those families can’t afford day care, either, which means young kids are left in the care of older kids. It’s hard to know how much older siblings are paying attention to hazardous air readings.

Too often in disaster situations, Chavez Baez said, when information sharing is crucial, “we are stuck with one set of strategies that we know work for people who have means, but we don’t stop to think about others.” It’s naive to assume every family has a television tuned to the news 24/7, or access to a smartphone with high speed internet.

“At the end of the day, you have to understand that some people don’t have the choice, means, opportunity or access to housing that you do,” he said.

Linda Castillo, the chair of Oregon’s Commission on Hispanic Affairs and the equity director for the Immigrant and Refugee Community Organization in Portland, worries about compounding issues in marginalized communities.

“This air is wreaking havoc on your body, even if you can’t see it,” she said, “and we already know that communities of color have higher rates of asthma.”

In Los Angeles, Friedenberg thinks a lot about a conversation she had before the pandemic forced everyone to stay home. Walking to school one morning with six other families, another mom asked Friedenberg if either of her children had asthma. Emmett does, Friedenberg said.

“Wow,” the other mom remarked. “Every single one of us has a kid with asthma. Weird coincidence.”

Is it though? Friedenberg wondered. Or is it the result of long-term exposure to terrible air quality, which will only become more common as the west continues to burn?

How a Career Pivot Can Help You Pursue Your Passion

Sun Sep 20 , 2020
Photo credit: Westend61 – Getty Images From Redbook There’s no question that the coronavirus had a lasting impact on life as we knew it. For most people, an unexpected layoff added stress to an already uncertain reality. In April, the news was bleak. The Labor Department reported that the coronavirus […] 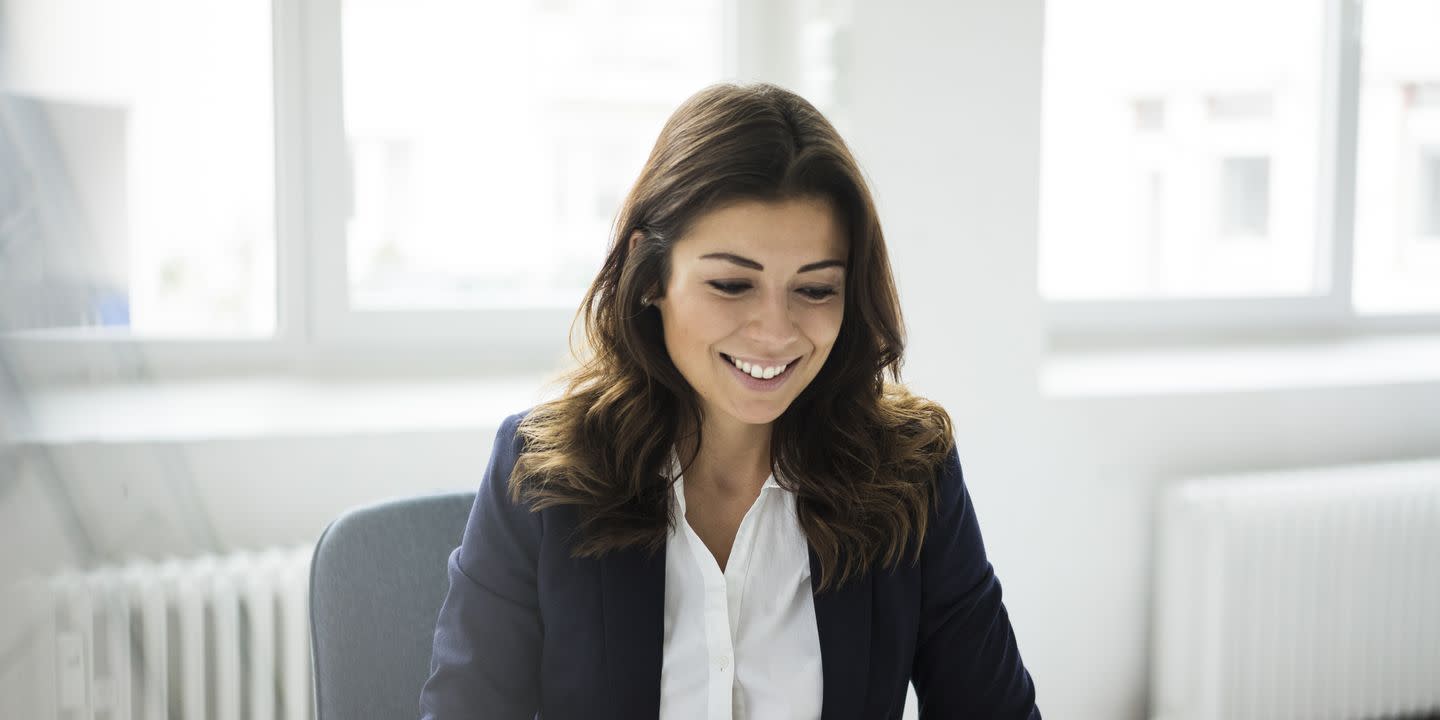