The way to “perfect the system” for testing inbound Hawaii passengers for COVID-19 would be to extend the mandatory preflight testing to four days from three and then require a second test upon arrival, Lt. Gov. Josh Green told the Honolulu Star-Advertiser’s Spotlight Hawaii online video program.

The extra day to get tested for COVID-19 before boarding a Hawaii-bound flight would allow passengers more time to find a test site on the mainland and receive their results earlier. A second test upon arrival would provide an extra layer of reassurance for worried island residents and their mayors, who are calling for new requirements.

But Green said there is little reason to change the current system because it’s working, although concerns remain over its effects on a battered tourism-based economy.

Hawaii health officials Friday reported 71 new COVID- 19 infections on Oahu, five each on Kauai and the Big Island, four on Maui and seven Hawaii residents diagnosed outside the state. As a result of updated information, two cases on Oahu were removed from the statewide counts.

There were three additional coronavirus-related deaths reported on Oahu and 92 new coronavirus infections statewide, bringing the totals since the start of the pandemic to 240 fatalities and 17,708 cases.

The deaths include 188 fatalities on Oahu, 32 on Hawaii island, 17 on Maui, one on Kauai and two Hawaii residents who died on the mainland. The Hawaii County Civil Defense Agency said the Big Island’s COVID-19 death toll remains at 49; however, state health officials have yet to verify the new coronavirus as a factor in 17 of those deaths.

Green suggested there is room to adjust the Safe Travels rules that went into effect Oct. 15, effectively reopening Hawaii to tourism in the era of COVID-19.

Now Hawaii-bound travelers must be tested at least 72 hours in advance before boarding a flight. Those who arrive with no test results face a 14-day quarantine upon arrival, even after they finally receive negative test results.

“That 72-hour window (for pre-testing) was always arbitrary,” Green said.

To “perfect the system,” he said, “you would allow for a fourth day where people could have more latitude to get the tests. And then you would ask the counties to test everybody with an antigen test on arrival. That gives you a double test, a window of opportunity. … Everyone would come in and have their result already done. They could reschedule if they get a positive. Obviously, they’re not going to travel to Hawaii and sit here for 14 days, and they can’t get on a plane with a positive test.”

Green’s own relatives canceled their Thanksgiving travel to visit his family near Chinatown because of the risk of getting quarantined for 14 days if they landed without test results.

“My aunt and uncle canceled their trip because they said, ‘It’s a little too risky to wait on the three-day thing,’” he said. “There are thousands and thousands of people out there making that calculation. … We should not make the rules so difficult.”

Mayor Kirk Caldwell previously told the Star-Advertiser that he would like a combination of post-arrival testing and phone tracking to allow travelers to test out of quarantine or shorten their time in lockdown.

In an email to the Star- Advertiser on Friday, Caldwell wrote:

“The first prong in our proposal addresses the change in Gov. Ige’s Order that does not allow someone who arrives on O‘ahu with a lost test, a delayed test result, or a result from a non-trusted partner, to get a second test upon arrival at the City’s lab, and avoid the State’s 14-day mandatory quarantine.

“The second prong in our proposal deals with those who have a limited exemption from quarantine. In that case, they would take a test at the City’s mobile lab most likely at the expense of their employer who has them flying back and forth into Hawai‘i for business purposes.

“The third prong of our proposal requires those who arrive on O‘ahu with no pre-travel test, to take a COVID- 19 test upon arrival, download the City’s digital contact tracing app, and take a second test 4-days after arrival so that there’s a sufficient incubation period between the first and second test. These two tests would be at the expense of the traveler and the individual electing this option would agree to quarantine for the 4-day period between the first and second post-arrival test. This is better than one pre-test, 72 hours before arrival. Only upon receipt of both the first and second negative COVID-19 test would the traveler be released from the State’s mandatory 14-day quarantine. This will dramatically reduce the burden being placed on the Honolulu Police Department to ensure that thousands of individuals in quarantine are complying with all the requirements imposed by the State of Hawai‘i.

“These three changes do more to protect the safety of the City and County of Honolulu than the current system provides and here’s why: we know that as of Nov. 27 2020, 406,799 individuals traveled to our state since the pre-travel testing program started on Octo- ber 15, 2020, according to the state’s data.

“When you combine the number of exempt individuals who did not have a test and those who did not receive any exemption, you get a total of 128,151 individuals that entered the state without a negative COVID-19 test. That’s 31.5% of travelers.

“Without the testing regime that’s required in our three-prong test proposal and without accurate data from the State’s surveillance testing program, we incur greater risk and therefore our three-pronged request should be granted so that we can continue to protect the health and safety for the residents of O‘ahu, while allowing visitors to travel here in a safe manner.”

Caldwell’s statement did not address Green’s comments on Friday that mocked Caldwell.

The two are considered potential gubernatorial rivals once Ige’s second term is up in two years; Ige will be prevented by term limits from seeking a third consecutive run.

“Here’s the problem and the mayor should know this: Shame on him if he doesn’t, because we’ve had 100 discussions about this,” Green said. “If you just allow people to test here without having tested on the mainland, it explodes the whole system. No one will test beforehand, which means everybody on the flight will be exposed. … The mayor knows that the governor has been very clear, really clear, that he wants people tested on the mainland first. In fact, he just changed the policy so you have to have your test in hand. So why the mayor of the City and County of Honolulu would suddenly suggest that you could bypass that and then just test here? That goes completely against the governor’s recommendations. It would mean that you’d have thousands and thousands of people not getting tested. … If you suddenly had 10 (thousand) or 12,000 people a day going into quarantine, it would be completely unmanageable. So that proposal was completely juvenile.”

Sat Nov 28 , 2020
Originally home to the famed 19th century Irving Hotel and its grand annex, The Village Latch Inn, the new residences at The Latch take inspiration from their elegant predecessors. Modern luxury with classic design conjures the subtle opulence of the past – waiting for you to make your own unforgettable […] 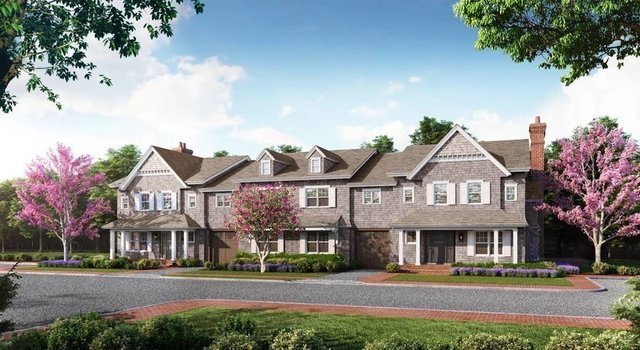