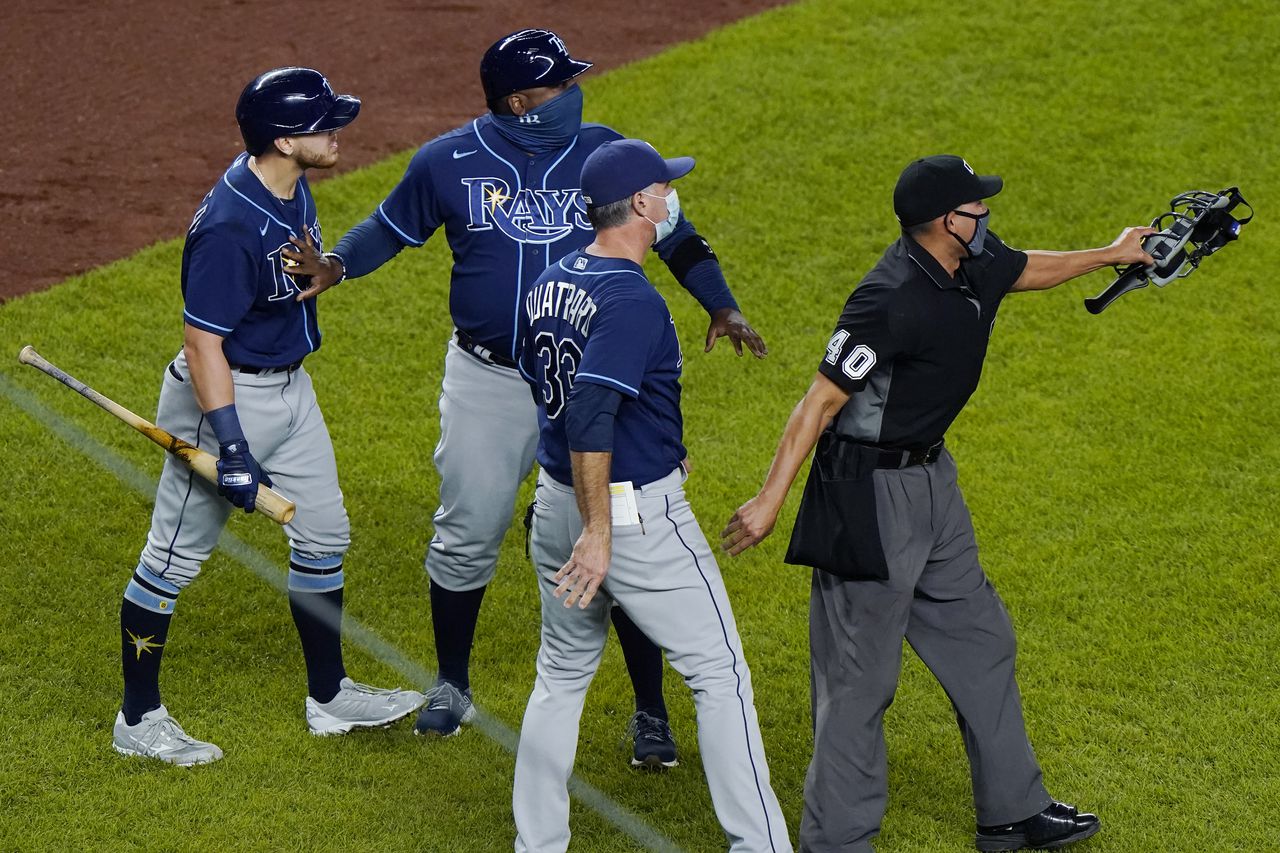 What a great idea it was to put the Yankees and Rays in the same San Diego hotel this week for the Division Series. I’m sure MLB now regrets it – these two teams couldn’t hate each other more than they already do – but I say bravo. October is always more fun when rivals are at each other’s throats, not to mention jostling for room service. In sports, nothing plays better than good versus evil.

So, tip of the hat to the Rays for violating all PC protocols in the run-up to Game 1. Outfielder Kevin Kiermaier matter of factly said, “(the Yankees) don’t like us and we don’t like them.” And just to throw in a casual tweak, he added, “we know we can beat anyone.”

We didn’t hear the Indians talk this way during the Wild Card Series. They were quite civilized as they were getting swept out of the playoffs. The Mets have similarly stopped hating on the Yankees. Even the Red Sox gave up being the bad guys. They’re just bad, period.

But the Rays – not only are they good, they’re great. They were the American League’s best team in 2020, no disputing that. They have all the tools to end the Yankees’ season in the next five days. But this conversation goes beyond a scouting report. We’ve figure out Blake Snell and Tyler Glasnow bring the heat. We know Ji-Man Choi uses Gerrit Cole for batting practice.

They could do all that and still be nice guys. But it wouldn’t be nearly as much fun. The Rays’ manager, Kevin Cash, has an old-school temper that flashed after both benches cleared last month – the night Aroldis Chapman buzzed Mike Brosseau with a 101-mph fastball.

Cash channeled Tommy Lasorda when he questioned the Yankees’ integrity, specifically calling out Aaron Boone and his staff.

“I got a whole damn stable that throw 98 mph, period,” Cash said darkly.

The commissioner’s office has warned the manager about further inflaming the situation. No doubt the Yankees and Rays will avoid a brawl during the ALDS. The stakes are too high to risk ejections and possible suspensions. But don’t expect any fewer up-and-in fastballs or the end of the chirping from the dugouts. The deeper we get into the series, the more it’ll resemble the old Yankees-Red Sox wars, at least in its intensity.

The rivalry was legit because the teams were nearly equal in talent. But it had texture because it was personal. Pedro Martinez wore a permanent sneer and seemed like the ultimate punk – until he signed with the Mets. Only then did New Yorkers realize what a competitor and clubhouse leader he was. But Pedro was easy to despise as a Red Sox After all, how much more black-hearted could he be after flinging old Don Zimmer to the ground?

Manny Ramirez? Off in his own world, dreamy, actually harmless in real life. But what a Yankee-killer with a bat in his hands. Jason Varitek? Thoughtful and articulate but hey, he punched out A-Rod.

So even if it’s more perception than reality, the bad-guy narrative is what creates that second layer of interest. For Yankees fans, it’s not just rooting for the Bombers, it’s that primal hate for other guys. So far, though, the Rays haven’t emerged as individual villains. They’re honest and hard-nosed. Not thuggish, either. Truth is, they’re still struggling to be recognized.

Just the other day ESPN referred to Snell as “Ian” instead of “Blake.” The former last pitched in the big leagues in 2010. The latter won the Cy Young Award in 2018 and will oppose Cole Monday night. And how many times has Brandon Lowe’s last name been mispronounced?

Such slights only bring the Rays closer, and sharpens the narrative between the wealthy Yankees, who play in a majestic stadium, and the tough street urchins who play in an ugly dome.

Even though the rebellion is missing a personal leader, it’s the way the Rays go after the Yankees that makes them targets. They plunk the Bombers without thinking twice – 14 times over the last three years, which is why CC Sabathia was ready to wade into their dugout in 2019. Then again, the Yankees have hit the Rays 16 times during Boone’s tenure. They blame the Bombers for the escalation.

“I can assure you, other than three years ago, there hasn’t been one pitch thrown with intent from any of our guys, period,” Cash said after the last time the dugouts emptied.

That was the Chapman incident, which set off alarms at MLB headquarters. Most everyone believes the Yankees’ closer was aiming for Brosseau’s head, or at least close enough to send a message. Just to make sure it was received, Chapman stared down Brosseau in a way that would start a fight in any bar after 2 am.

There’s a difference between intimidating an opponent and trying to send him to the hospital. I think Chapman cut it too close. If there’s anyone the Rays truly dislike, it’s the guy who uses triple-digit velocity as a weapon. And just because Chapman wears the Pinstripes, it’s made it easier for the Rays to declare war on all the Yankees, even good citizens like Masahiro Tanaka and Gleyber Torres. Everyone’s fair game from here to Friday.

So shut the doors Monday night, barricade yourself, get focused and repeat: the Rays are evil. Even if it’s not actually true, it’ll help make for an epic week.

Get Yankees text messages: Cut through the clutter of social media and text during games with beat writers and columnists. Plus, exclusive news and analysis every day. Sign up now.

Bob Klapisch is a freelance columnist who covers the Yankees and Major League Baseball for NJ Advance Media.