Staff at around half of Greggs’ stores will have to accept fewer hours or face losing their jobs as the government’s furlough scheme comes to an end.

The bakery chain, which employs 25,000 workers, expects business activity to “remain below normal for the foreseeable future”.

Chief executive Roger Whiteside said “about 50%” of its shops have staffing that was too high for customer demand.

He added there was “no chance” reducing hours would be enough to stop job cuts.

“Some stores have staff hours which are just off what’s needed for current demand,” said Mr Whiteside. “But others are a long way off and will need significant change.”

It is not clear if the company will use the government’s new Job Support Scheme where employers and the state top up workers’ pay who are on fewer hours.

The scheme will replace the existing furlough programme which is coming to an end on 31 October. The vast majority of Greggs 25,000 workforce had been placed on furlough during lockdown and a quarter remained on the scheme when the company announced its interim results in July.

Greggs declined to comment on how many jobs could potentially go from its shops, of which there are more than 2,000 across the UK. Mr Whiteside said: “Some shops are well down and, unsurprisingly, these are the city centre stores or public transport sites.”

But he said he did not expect cuts to be as steep as those already announced by Pret a Manager, where 3,000 are losing their jobs, or Upper Crust-owner SSP, which is making up to 5,000 people redundant.

“Those businesses are very concentrated in the areas worst hit by the pandemic – we’ve got a much better spread of locations,” he said.

Greggs said it was currently consulting with unions and employee representatives about the changes.

In a trading statement, it said that since reopening all its shops in July, like-for-like sales in the three months to 26 September have averaged 71.2% of the levels recorded in the same period last year.

Greggs said sales in September were above that average, with a recovery in customer visits.

However, it said August was a difficult month because of high temperatures and it was unable to take part in the government’s Eat Out to Help Out scheme because its shops with seating were closed.

In addition, average sales remain below the 80% level which Greggs said in July was needed for the company to break even.

Nevertheless, Greggs is moving ahead with opening a net 20 new shops this year, which it said will be “predominantly in locations accessed by car”.

The company said it had increased its digital investment during lockdown and “click & collect” – which allows customers pre-order and pay online before picking up food at a shop – has now been rolled out at all its stores.

It has also launched food deliveries with delivery app Just East and said it was “seeing encouraging participation levels”.

Greggs is facing a dilemma that many businesses are currently grappling with. Act now to deal with the current trading environment? Or hang on to see if the trends started by the pandemic – such as the accelerated shift to online – become permanent?

It is little wonder that the bakery chain hasn’t given any figures on how many jobs it may cut or how many workers will be placed on reduced hours.

When it began consultations with its staff, the government’s Job Support Scheme hadn’t even been announced. Greggs was still working on the assumption that the furlough scheme would end on 31 October.

Throw in the government’s changed stance on people working from home and the spectre of a second wave of coronavirus cases and it is nearly impossible for companies to get a steady enough footing on which to make long-term decisions.

Hotel Chocolat’s boss Angus Thirlwell says the pandemic has simply sped up changes in the way that people are shopping.

But that doesn’t mean running a company at the moment is any less precarious. For Hotel Chocolat, that means avoiding knee-jerk reactions. For businesses everywhere, it will mean navigating a minefield.

“Greggs will undoubtedly survive and be able to thrive once again,” said Julie Palmer, partner at business consultancy Begbies Traynor. “But its struggles tell the story of every business in the UK.

“What worked before the pandemic may not work during it. It, like many others, must adapt and change to the way that the world now works.”

Separately, confectioner Hotel Chocolat announced that after a strong first half, sales and profits tumbled in the second six months of its financial year as lockdown was imposed.

Lockdown meant Hotel Chocolat’s physical shops were closed for Easter, one of its key trading periods. It reported a £6.4m pre-tax loss compared with a £10.9m profit in the previous year.

The company said that it had been able to react quickly to the changing circumstances.

When its shops – which typically generate 70% of sales in the second half of its financial year – were closed two weeks before Easter, it recalled its inventory to its distribution centres and was able to grow sales online and through partners who sell its goods.

But Angus Thirlwell, Hotel Chocolat’s co-founder and chief executive, said that since reopening its shops, “we are seeing a very patchy picture”.

He told the BBC’s Today programme that while tourist spots such as Shrewsbury, Hitchin, Truro and Chichester were doing well, “the places that are tougher are city centres, transit and tourist-based locations… which is no surprise”.

“All we’re trying to do is disentangle the very short-term kind of impact from the more longer-term shift towards online,” he added.

Asked whether the shift from High Street shops to online was permanent or not, and whether retailers should be changing their business models, Mr Thirlwell said: “I think there is going to be a lasting legacy from this which is that five years of what was going to happen anyway has just happened in five months.”

He said it could have implications on “where we should have our Hotel Chocolat locations”, but the company was also trying to “avoid doing knee-jerk reactions”.

Have you been affected by the issues raised in this story? Share your experiences by emailing [email protected].

Please include a contact number if you are willing to speak to a BBC journalist. You can also get in touch in the following ways:

If you are reading this page and can’t see the form you will need to visit the mobile version of the BBC website to submit your question or comment or you can email us at [email protected] Please include your name, age and location with any submission.

Tue Sep 29 , 2020
Founder of Sergio Mannino Studio, a leading Architectural Branding Agency that operates internationally. getty They say people have already formed an opinion of you within seven seconds of first meeting you. They look at your clothes, your hair, maybe your watch or your shoes, all in the span of just a […] 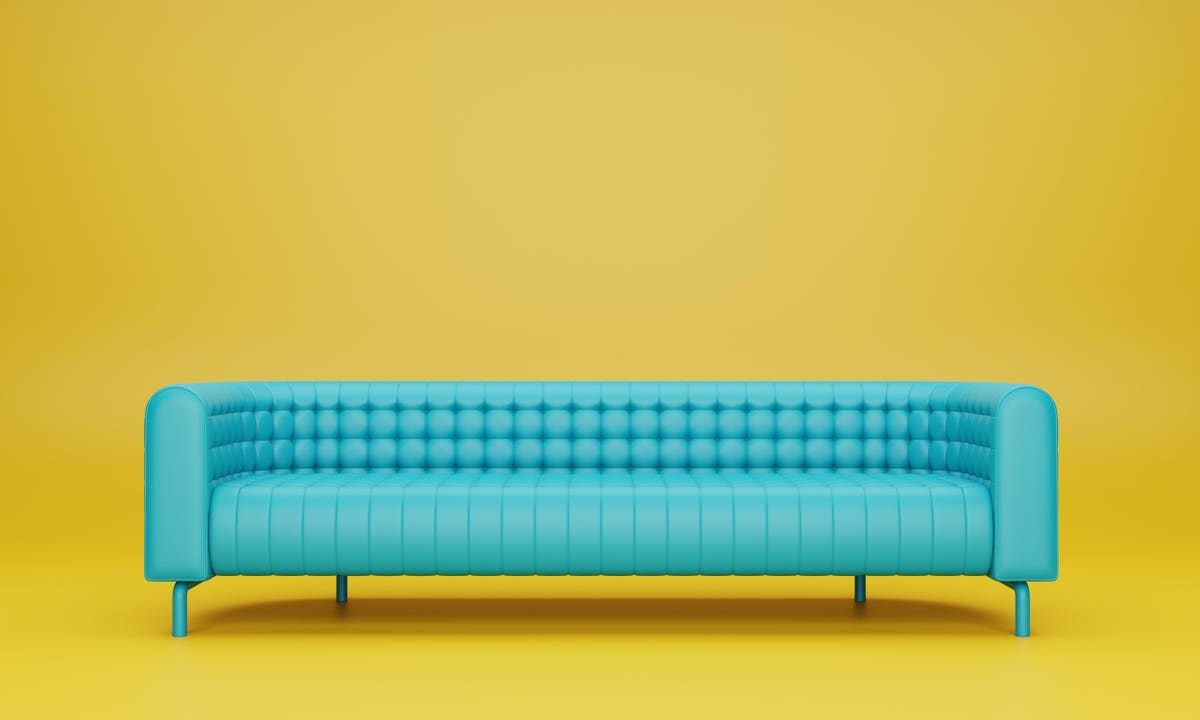