Fears are growing that England could remove Greece from its quarantine-exempt list after Scotland and Wales imposed new restrictions on the country.

Scotland will require all holidaymakers returning from Greece enter self-isolation for 14 days as of tomorrow at 4am, while Wales has applied the same rule but only to arrivals from the island of Zante; the source of a recent outbreak.

At least 30 cases of Covid-19 have been reported in Wales in the last week that have been traced back to Zante, including 16 on a Tui flight back to Cardiff. Tui responded by cancelling all holidays to the resort of Laganas until further notice.

In terms of overall infections, however, Greece remains below England’s threshold of 20 cases per 100,000 people over seven days, the metric it uses to keep a country off the ‘red list’. Greece’s number yesterday stood at 14. The Department for Transport stated last night: “The JBC [Joint Biosecurity Centre] has not changed the risk rating for Greece and we won’t be removing it for now.”

Portugal, on the other hand, now looks likely to gain red status, only two weeks after the mandatory quarantine was dropped, with a rate of 22.5 as of yesterday.

Scroll down for more of the latest news.

Hurtigruten’s vice president for hotel operations, Magne Jacobsen, was furloughed from his senior role at the start of the pandemic, so decided to brush up on his experience and get hands-on as a seafarer – reporting to the hotel manager he hired three years ago. He tells Teresa Machan:

“I had to forget everything about being a vice president and just throw myself into it. I was constantly asking where things were, but the crew were really supportive. Not just of me but of each other.”

Find out how he got on here.

Is Madrid leading Spain and Europe into a Covid second wave?

Coronavirus outbreaks in Madrid are driving the country towards a second wave of infections amid fears across Europe over climbing caseloads, reports James Badcock.

Spain’s surge in new cases is a growing concern for the continent at a crucial time with the arrival of autumn and the reopening of schools and busier workplaces.

There are already fears that the Madrid region is on the cusp of a destructive second wave – one that could easily be extended around the rest of Spain – and potentially its neighbours – due to the capital’s role as a transport and socioeconomic hub.

According to data from the European Centre for Disease Prevention and Control, Spain has accumulated more than 103,000 confirmed cases over the past two weeks, compared to 62,000 in France, the only other European country that comes close.

Scotland imposed fresh restrictions on the city of Glasgow today after a rise in coronavirus cases, reports AFP.

Scottish First Minister Nicola Sturgeon said people living in Glasgow and two surrounding areas should not visit other people’s houses, after 66 new cases were recorded in the area on Tuesday. The measures will last two weeks.

“I know how difficult this will be – I am a Glasgow resident so these rules apply to me too. But they are essential to, I hope, nip this in bud and avoid tougher restrictions,” she tweeted.

Chapel Down Vineyard, in Kent, has remained closed to visitors since the start of lockdown – but today announced it will open for tours and tastings once again. The largest vineyard in England, Chapel Down has won awards for its still and sparkling wines.

Tickets cost £20 per person, and are available to book online.

The Maldives has made its entry requirements stricter for holidaymakers after a spike in coronavirus infections at more than a dozen resorts, AFP reports. The Indian Ocean archipelago reopened its luxury resort islets in mid-July after a months-long lockdown, and did not require visitors to be tested or carry virus-free certificates when entering the country.

Since then, 29 local staff and 16 foreigners have tested positive at the resorts, officials said, where they were also being isolated.

Under the new guidelines, all tourists will be required to present a negative Covid-19 test result on arrival.

Tourism is the major economic driver for the Maldives, and authorities had hoped tourists would flock back to the archipelago of 1,190 tiny coral islets after international flights restarted.

But only 5,200 tourists visited the country in the month since July 15 – a fraction of the pre-pandemic 141,000 monthly average.

Meanwhile, the Maldives recorded more than 1,000 new infections in just the past week to take the total number of cases to 8,003.

The rate of Covid-19 deaths among indigenous people in Brazil’s Amazon is nearly 250 per cent higher than in the general population, for reasons ranging from a lack of access to healthcare to invasions of indigenous land, researchers have said.

The fatality rate among Covid-19-infected indigenous Amazonians had soared by early August, up from the 150% higher than the broader population found in a study in June by IPAM, the Amazon Environmental Research Institute.

“The situation has worsened. It is clear that we did not learn from the first few months,” said Martha Fellows, one of the IPAM researchers who worked on the June study and on an upcoming update.

In particular, the virus “exploded” in indigenous health districts that until mid-June had seen no cases of the virus, she said.

Operating at a third of its usual capacity, the rooftop pool at Thermae Bath Spa is as empty as you’re ever likely to see it, says Fred Mawer – Telegraph Travel’s Bath expert:

Yesterday, I enjoyed a lovely wallow in Bath’s natural thermal waters while gazing over the city’s Georgian rooftops to the abbey and the green and hilly countryside beyond.

In line with Covid-19 restrictions, the spa will be operating at a third of its usual capacity to allow for social distancing. A happy consequence of this arrangement is that there will be fewer bathers at any one time in the wonderful, open-air rooftop pool and the indoor Minerva Bath, the complex’s other main pool.

“Haphazard quarantine announcements have sparked chaos and confusion for holidaymakers”

Rory Boland, travel editor at consumer group Which?, has criticised the Government’s approach to quarantine rules, and called for greater support for the industry during the “tough months ahead”.

“Yet again haphazard announcements and rumours around quarantine have sparked chaos and confusion for holidaymakers, with many facing an unenviable choice between paying extortionate prices for last-minute flights home or the disruption caused by two weeks in isolation on their return.

“When the dust settles on what has been a disappointing summer for so many people, it’s clear that a reassessment of the Government’s approach to managing the threat posed by coronavirus to holiday travel will be needed.

“The travel industry will also need greater Government support to make it through the tough months ahead while major reforms will be needed to restore confidence among holidaymakers who have often been left out of pocket and with nowhere to turn for support when the pandemic has left their travel plans in tatters.”

In numbers – how worrying is Portugal’s rise in coronavirus cases?

As such, it looks increasingly likely that Portugal will be removed from the UK’s ‘air corridor’ list this week.

The country has reported a total of 1,824 deaths from Covid-19 since the pandemic began. This death rate is relatively low: by comparison, taking into account population sizes, Spain has had 623 deaths per one million residents; the UK has had 624 per 1m; and the USA 560 per 1m.

Hazel Plush takes a deeper dive into the numbers.

Ryanair flew 7 million passengers in August, up 59 per cent on July as it returned to a more regular schedule, reports Reuters, but still less than half the number it flew this time last year.

Europe’s biggest budget carrier operated at around 60 per cent of its normal capacity last month, but will reduce this by 20 per cent in September and October in response to a slump in bookings.

Ryanair recorded a 73 per cent load factor last month, which measures how full flights are, but new travel restrictions on countries including Spain and France have led to mass cancellations.

Flying taxis and electric planes: a new generation of aircraft get ready for take off

As commercial airlines falter in the wake of Covid-19, a host of entrepreneurs are re-imagining air travel as we know it, writes Harry de Quetteville:

We have been waiting for flying cars since the Jetsons aired in 1962. Now a swarm of them have appeared, championing multiple methods of getting airborne, from fixed wing to drone-like quadcopter.

What’s the future of cruise holidays?

The Foreign and Commonwealth Office is still advising against travelling on ocean ships, having amended its guidelines to allow river cruises. It says it will continue to review the policy, which, while not an outright ban, makes it almost impossible to find travel insurance for holidays at sea.

In Europe, more than 50 river ships are now sailing – although most of the bigger names are yet to start – and some ocean routes have opened up.

Here in the UK, European Waterways is operating a 12-passenger luxury barge along the Caledonian Canal and Loch Ness, as well as the eight-person Magna Carta on the Thames.

P&O Cruises says it will take delivery of new ship Iona by the autumn ahead of plans to restart in November, when Saga also plans to come back with the launch of its new ship, Spirit of Adventure.

A passenger who refused to wear a face covering on a flight from the Greek capital of Athens to Larnaca, Cyprus, has been fined €300 (£260).

The crew of the Wizz Air flight alerted Larnaca police after the passenger refused to wear a mask, despite being asked repeatedly, the Cyprus Mail reports. He was later fined, and ordered to undergo Covid-19 testing.

Greece‘s infection rate is falling, tourism minister insists as the country teeters on the edge of quarantine.

Harry Theoharis has said the country has “a much lower number of infections compared to most other countries in Europe”.

He told BBC Radio 4’s Today programme: “We’re actually going in the right direction. We’re going down in terms of the average numbers.

“We’re taking specific targeted measures where we see specific concentrations of cases. Measures that have been successful and have been working in the past few days.

“So I think we’re doing everything in our power to ensure that every person that comes from the UK is kept safe in Greece.”

The quick recap of the key stories: 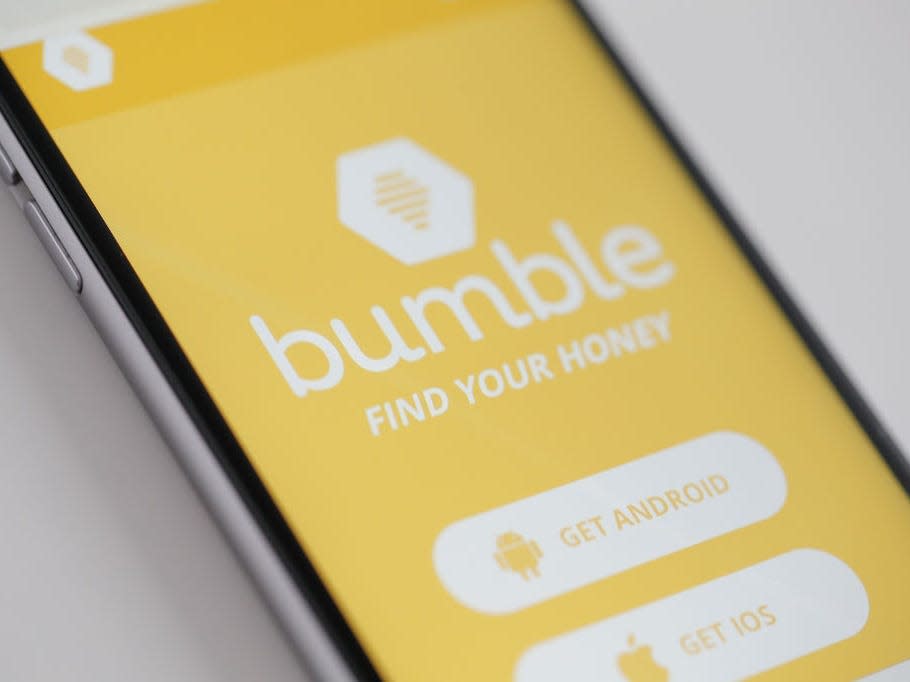