Golf had become one of the first sports to resume in May after a near two-month hiatus, and Jeremy Tomlinson, the England Golf chief executive, published an open letter on Sunday in an attempt to force a u-turn from Boris Johnson.

“Having digested the Prime Minister’s statement to the nation on Saturday night and read the guidance which followed, there is an element of confusion around the Government’s stated intention to close down golf courses and facilities,” he wrote, adding it was his “intention to respectfully challenge the Government’s rationale”.

Jane Nickerson, chief executive of Swim England, added that she will be “working in partnership with other indoor sports to lobby Government”. “I am championing our clubs and the health benefits of swimming to the nation as this is a key message to Government,” she said.

The Lawn Tennis Association is resigned to indoor matches being postponed at amateur level, but will attempt to gain assurances from Government over the outdoor game. “Our concern is that it is not yet clear from the guidance whether outdoor tennis will be allowed to continue,” said Scott Lloyd, the LTA’s chief executive. With Government due to be debating the new restrictions in Parliament this week, Lloyd urged tennis lovers to write to local MPs “and make the case for outdoor tennis courts to remain open during the latest restrictions, outlining the positive impact that will have for you”.

Many facilities, including gyms and pools, remain certain to close by Thursday, however, along with other indoor and outdoor leisure centres. Lisa Wainwright, of the Sports and Recreation Alliance, said she feared “that many may never reopen their doors without a comprehensive sports recovery fund provided by Government”. A new support fund, she said, “is now essential.”

In racing, meetings are being scheduled for Monday morning to determine whether owners can still attend racecourses, although there is no threat to meetings being staged at this point.

McGovern, the Labour shadow minister, said the Department for Digital, Culture, Media and Sport needed to answer questions “ASAP unless they want more sports to face collapse”. “And we need to see a cross-Government effort on physical and mental wellbeing,” she added.

Sport England added there were “difficult days ahead for many in our sector” but that “it is vital we do everything we can to continue to support people to keep active within what is permitted”.

On Saturday, the 11-time Paralympic gold medallist Baroness Grey-Thompson wrote to the Prime Minister urging him to keep gyms and leisure centres open during the new lockdown.

The ATP announced on Sunday night that the season-ending ATP Finals at London’s O2, from November 15-22, will go ahead behind closed doors as planned.

Review: 'Kristina Wong for Public Office' gets his vote

Sun Nov 1 , 2020
No one has to explain to Kristina Wong the theatrical nature of American politics. A performance artist and comedy warrior for social justice, she started campaigning for public office as part of her act before running in earnest and now serves as an elected representative for the Wilshire Center Koreatown […] 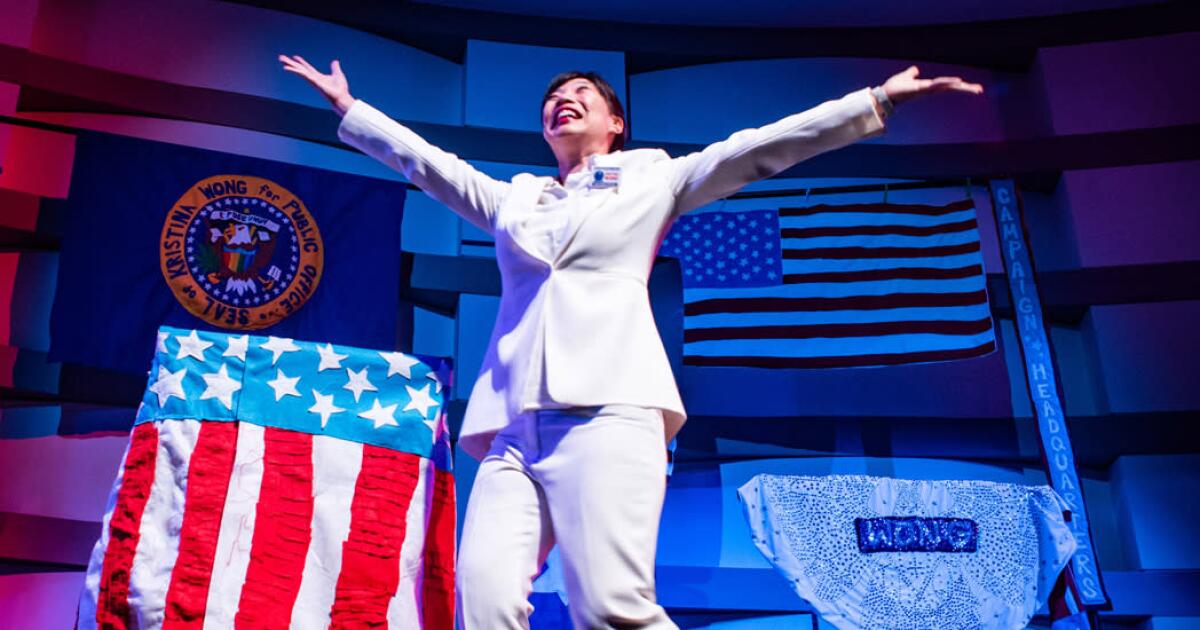