Grant Shapps, the Transport Secretary, has been forced to lobby against his anti-car policy in his own constituency after barriers meant to aid social distancing turned a village high street into a “ghost town”.

Shopkeepers in Welwyn say businesses already struggling after the lockdown could be forced to close because visitor numbers plummeted when roads were transformed and a one-way system was introduced.

More than 1,300 people have signed a petition calling on Hertfordshire County Council to use “common sense” after the measures deterred shoppers and created “another dead high street in the country”.

The restrictions were introduced in May as part of the Transport Secretary’s “new era for cycling and walking”, announced at a Downing Street coronavirus briefing at height of the lockdown (see video below).

Mr Shapps invited local authorities to bid for £250 million of emergency funding to introduce greener traffic measures to relieve pressure on public transport during the pandemic.

But an email from his parliamentary office, seen by The Telegraph, reveals how, just weeks later, he contacted the council to complain that the one-way system and barriers were “not suited to the old layout of Welwyn”, a village already suffering low visitor numbers.

It adds the barriers, meant to allow pedestrians to stay two metres apart, seemed an over-reaction because they were “outside, so have reduced transmission risks” and the two-metre rule was being reviewed by the Government.

The extent of grassroots Conservative opposition to the scheme within his Welwyn Hatfield constituency will prove embarrassing for the minister.

Shopkeepers believe the new one-way system has meant local residents who used to drive to shop in the village are now diverted onto a bypass, making a short trip to supermarkets or bigger towns more attractive and convenient.

The local primary school chair of governors fears barriers being placed so close to a zebra crossing could conceal children from motorists and end in tragedy.

Local residents have reported seeing some drivers “chancing it” by driving the wrong way through the high street.

Vigilantes had dismantled barriers, prompting some opponents of the scheme to claim they “do not see the harm in a little civil disobedience” to prevent the village economy being destroyed.

The move prompted the council to conduct twice-daily inspections to ensure the barriers remain in place.

Meanwhile, the council had said the controversial one-way system could stay until 2023 to ease congestion while the nearby A1(M) was “upgraded” to a smart motorway.

Jane Carr, who has lived in Welwyn for 30 years, said such a move would “kill” the village, adding that Mr Shapps had left the community “floundering”.

In the dead of night, in the heart of a quintessentially English village, a group of vigilantes took to the streets to launch a very middle-class act of wanton vandalism.

Under the gaze of a Hertfordshire church dating back to Saxon times, the barricades on either side of the road were unclipped and laid neatly down on the pavement.

That genteel act of defiance last week was the culmination of two months of campaigning against the way the council had implemented Mr Shapps’ emergency scheme to promote walking and cycling during the pandemic.

Soon after Hertfordshire County Council had fitted barriers to give pedestrians space to social distance, closed most high street parking spaces and created a one-way system around Welwyn village, shopkeepers complained of a startling drop in visitors.

Traders claim the arrival of the “ugly” barriers and one-way system so soon after lockdown has created the perfect storm for Welwyn businesses.

Wendy Rowley, who has owned a florist on the high street for 30 years, fears she will have to shut up shop.

“This is a very pretty village with a lot of history,” she said. “People used to come here for a nice lunch and then browse around the shops.

“Who wants to come to a historic village with these red and white barricades littering the streets?”

She had hoped to hand her business to her daughter Abbie, 23, but those hopes are diminishing each day.

“We used to get 40 to 45 customers a day. Now, we are getting two or three visitors through the door. It’s so sad,” she said. “We can’t survive like this for long before we have to move out, perhaps close the shop to reduce overheads, work from home and take orders over the phone or online.”

Chris Dinsdale, 51, who took over his mother’s bakery business, is worried that Mr Shapps’ policy is threatening attempts to kick start both the local and national economy.

“Local shops are the lifeblood of this village,” he said, looking out of Katie’s Bakery as council workers in high-viz jackets resurrected the toppled barriers.

“When the Government said people could return to the high street, the council then put these blockades up stopping people parking. The new one-way means there is one road in but three out of the village.

“They want to restart the economy, but that won’t happen if the council is then encouraged to shut down the village. It is strangling the life out of Welwyn.”

The baker, who stayed open during lockdown to deliver bread to elderly villagers who were self-isolating, said he lost 40 per cent of his trade over the lockdown months.

The traffic restrictions cost him a further 25 per cent as passing trade has vanished, he said, explaining how his shop is now closed on Thursdays and Tuesdays to cut costs.

Jane Carr launched the revolt with a petition calling for “common sense” to be restored to prevent “empty shops and yet another dead high street”. It has more than 1,300 signatures.

“The barriers make our country village look like a crime scene,” she said, explaining how they served little purpose because Government scientists had found that passing someone outside was a low risk for infection.

“Grant Shapps has left us floundering on this issue. I guess he’s between the devil and the deep blue sea, given his constituency and Government roles.”

Reverend Dr David Munchin, the local vicar and chair of governors at Welwyn St Mary’s Primary School, warned that the barriers were tall enough to obscure a child from a motorist’s view and said: “The one-way system has meant traffic has sped up, too. Overall, it’s not terribly safe.”

A county council spokesman said it had secured a total of £1.25 million from Mr Shapps’ Emergency Active Travel Fund.

Countywide traffic restrictions were introduced after “detailed discussions” with public health teams and remained under constant review, which has led to some parking spaces in Welwyn being reinstated, he added.

The barrier vigilantes remain at large. Hertfordshire Constabulary received reports of “a male pulling down social distancing barriers”. The council has stepped up patrols to ensure such vandalism is nipped in the bud.

Mr Shapps’ constituency and parliamentary office failed to respond to requests for comment.

Sat Jul 25 , 2020
Photo credit: HGTV / JOHNNY C.Y. LAM From House Beautiful Renting out your property to guests is a lot easier said than done. Everything from how your listing is written to your hosting qualities to, of course, your rates will determine your rental’s success. Aspiring renters should look to HGTV’s […] 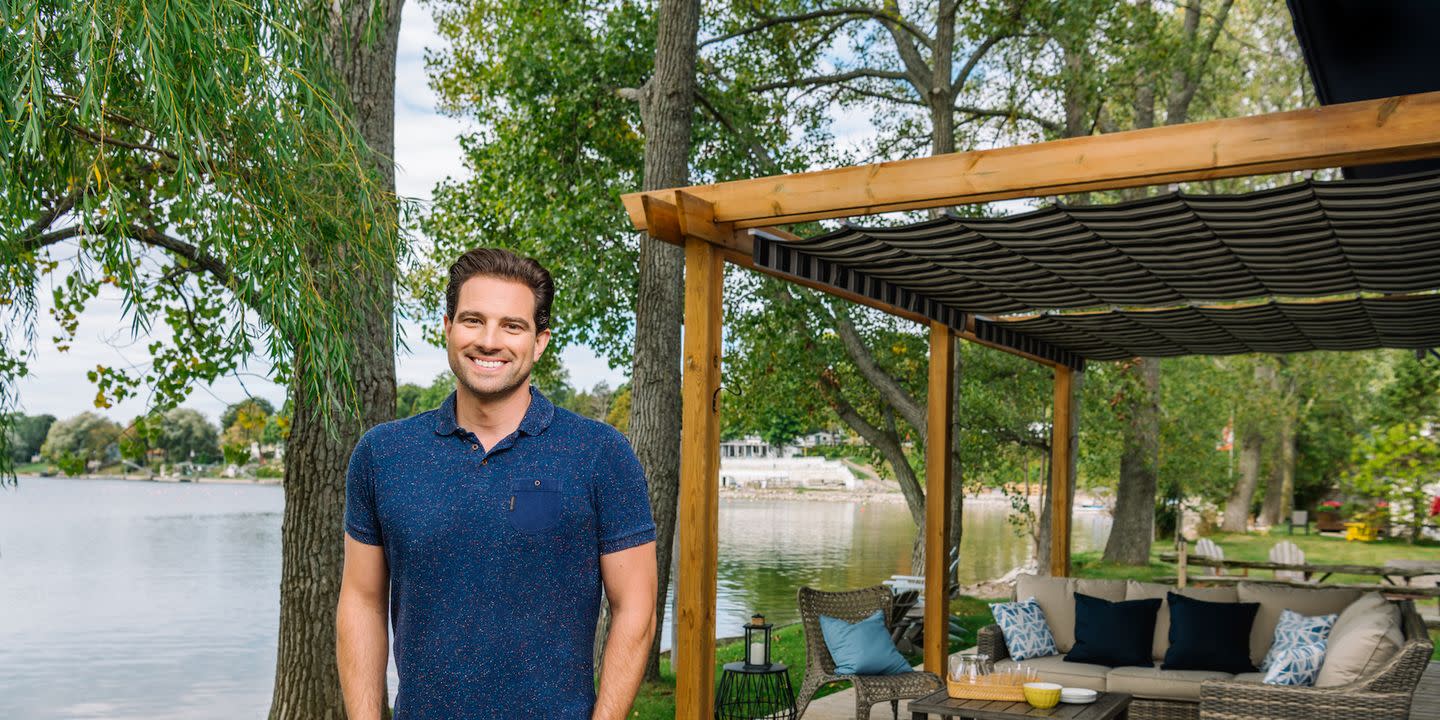