If you think Python is a type of snake, or that you can make Raspberry Pi from scratch, you’re probably not a member of Girls Who Code. The organization focuses on closing the gender gap in STEM professions by teaching girls to use computer coding languages and related devices while also providing mentorship.

Local branches of Girls Who Code, which is aimed at girls in sixth to 12th grade, exist all over the metro, from Overland Park to Harrisonville to Lee’s Summit.

“The purpose of Girls Who Code is to support each other and support women in coding, women in tech and to have a sisterhood,” said Deanna Soukup, facilitator for the Lee’s Summit branch. “That’s why it’s so good that girls throughout the district are getting together, because they see how many of them there really are, and they’re able to support each other as a larger community.”

All the Lee’s Summit schools meet together in one club. Eleanor Ammerman, a student at Lee’s Summit High School, has been involved since her freshman year.

“I think one of the really amazing things about Girls Who Code is how supportive the environment is. I went in there, didn’t have any experience (and) immediately had five of these fellow club members introduce me to all these different programs and lessons online,” she said. “Within a month, I had a really good understanding of it.”

In Harrisonville, the library runs the club.

“Especially for these homeschool families that don’t have the outlets the schools provide, they utilize the library to provide another element they can take advantage of for free,” said Shannon Julien, library assistant and facilitator for the program. “The cool thing about the program is you don’t have to have the coding background.”

That rings true for homeschooler and Shawnee resident Elizabeth Moore, who attends the Johnson County club with her sister Ashlyn.

“I don’t know it’s something I necessarily thought I would love as much it turns out I do now,” she said. “It sounded so complicated, and I wasn’t sure if I could figure it out, but when you have people break it down into easier steps, and they explain it to you, it makes a lot more sense.”

As a result of going to Girls Who Code, her sister now wants to be a software engineer.

Johnson County’s branch welcomes members from all the local school districts, as well as a few members who are further afield.

“Early on this year, we had a girl call in from Wichita,” said facilitator Sandra Warner, executive director of mission continuity and risk management at JCCC. “It’s fun to see that, but for the most part, it’s the metro area. We have had, in years past, girls drive from Leavenworth.”

The club brings in guest speakers and instructors who work in various capacities in the tech industry. Girls make all kinds of projects, but they’re mostly self-directed.

“A very popular type of project is something like a create-your-own adventure,” Warner said. “You put together a game and are able to code different scenes or aspects of a game.”

In normal times, this club holds its meetings on JCCC’s campus, but with the pandemic, all of the clubs have been strictly virtual for a year. That means no field trips to the Apple store for hands-on gadgetry and no in-person connections with their many guest speakers.

The girls from all the clubs have found creative ways to work with the virtual landscape, using breakout rooms and screen sharing to discuss particular coding topics and show each other what they’re doing.

“We have always had a very strong sense of sisterhood in our club. We’re trying to keep that intact when we can’t meet in person, but I think we’re up to the challenge,” Eleanor said.

Normally, the Lee’s Summit club does outreach with elementary schoolers every Saturday, but the pandemic shuttered that interaction. Not satisfied with that situation, the girls started an online newsletter that includes instructional videos for Javascript and Scratch, profiles on women in STEM and hands-on experiments. It goes out every two weeks to younger girls throughout the metro area.

Their connection goes beyond the school walls, with members getting together for a movie night to watch “Hidden Figures” and discuss women’s experiences in STEM or even just to bake some cookies together for fun.

“It’s amazing what they’re doing,” Soukup said. “They’re doing it 100% themselves. The core leaders always try to engage the girls throughout the club.”

To find a branch of Girls Who code near you, visit girlswhocode.com/locations.

I found letters and paperwork my parents hid, and more advice from Dear Prudie.

Tue Apr 6 , 2021
Danny M. Lavery is online weekly to chat live with readers. Here’s an edited transcript of this week’s chat. Q. Post-death paperwork: My parents were both pieces of work—manipulative and frequently cruel (like, one year my mom baked my favorite cake for, I thought, my birthday and then gave it […] 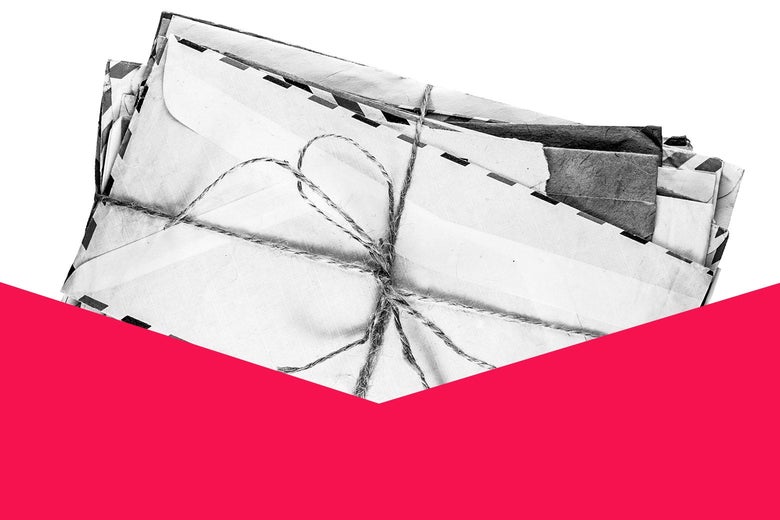