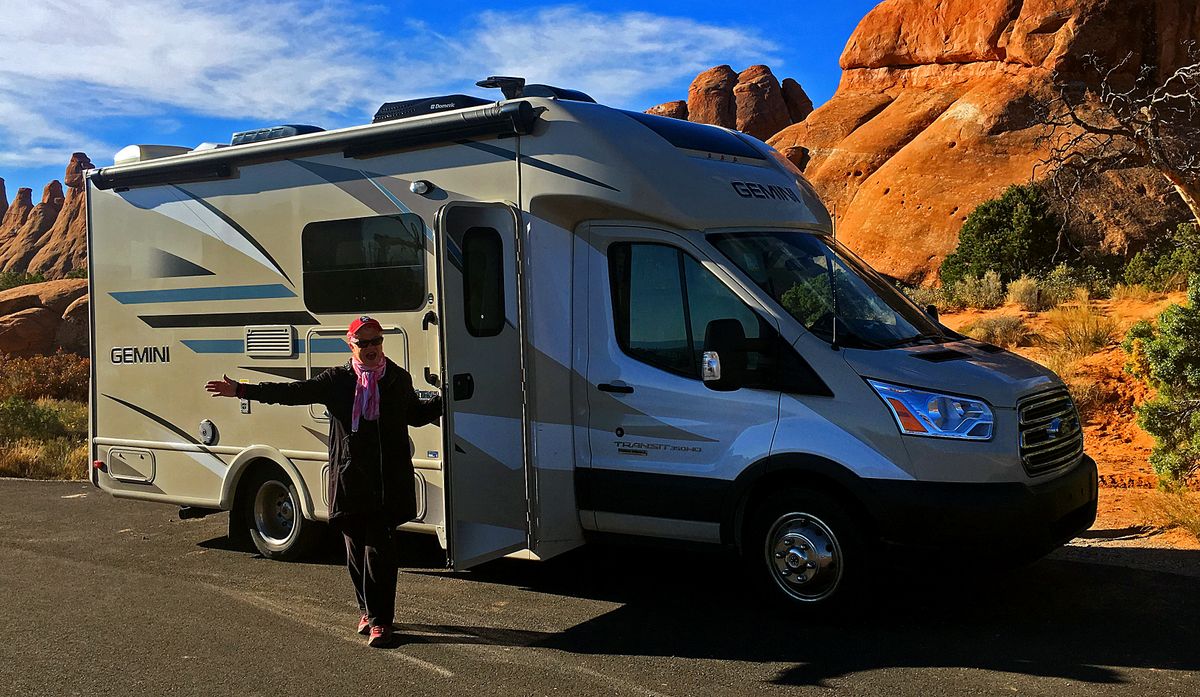 Booking a campsite at a popular national park has become a real bear.

We’ve been checking (… and checking, and checking …) for availability at some of our favorite national park camping spots around the West. Bottom line: It’s tighter than we’ve ever seen it.

As we slowly return to normal after a year of pandemic restrictions, more people than ever are planning to hit the road in the coming months in an RV.

Take Grand Teton National Park, for instance. We rose at the crack of dawn and logged on to Recreation.gov — all so we could book a prime spot on Jackson Lake … six months from now.

The trick is to be online right as the campsites are released on Recreation.gov at 7 a.m. PDT. If you’re a little lucky, you can snag a prime spot before they are all booked, which only takes a few minutes.

So if you’re planning to travel to popular national parks such as Yellowstone, Arches, the Grand Canyon and Yosemite, you need to be thinking about six months from now. Late spring and summer are already booked.

Some state parks in the West are even more popular. In California, our favorite state parks are booked solid for the next six months.

So what’s an RVer to do?

Here’s a how-to guide for trying to get a reservation.

National Parks: Sites are released daily at 7 a.m. PDT on Recreation.gov for six months in advance. So for instance, at 7 a.m. today (March 26), sites were released for Sept. 26. Tips: Make sure you have an account at Recreation.gov and be signed in and ready with the national park campground called up. At 7 a.m., refresh your browser until you see that the day’s sites are released — then pounce.

Washington State Parks: Reservations are available up to nine months in advance. Create an account at Washington.goingtocamp.com. As of now, many state parks have only limited campsites available through the summer, and Fridays and Saturdays are already booked. Weekdays have more openings.

Oregon State Parks: ReserveAmerica.com handles the booking for Oregon State Parks, where you can make a reservation up to six months in advance. You’ll find a reservation link at stateparks.oregon.gov. At some popular parks, such as Beachside Recreation Area near Yachats, Ore., powered RV sites are already booked through the summer, but unpowered sites are available.

California State Parks: It’s a crazy scene at some of our favorite state parks in the Golden State. Everything is booked for the next six months at San Elijo State Beach in Encinitas, for instance, and it’s a hard-fought competition on ReserveCalifornia.com when sites are released six months in advance. Tips: Be signed in and ready at your online account at ReserveCalifornia.com at 8 a.m. PST when sites are released. Open the camping reservations page for your chosen state park and refresh your computer right at 8 a.m. to try to capture a site that becomes available.

Do your research: It can be difficult to pick a campsite unseen. Go beyond the state and national park websites at Campsitephotos.com, which lists (and shows with photos and videos) the best sites.

If you can’t book a site, are you out of luck? No. Most national parks have first-come, first-served sites where you roll the dice and simply show up. And even at nearly impossible campgrounds to book — such as Arches National Park’s Devil’s Garden Campground in Utah, you can hope for no-shows on the day that you visit. Check with the campground host at 9 a.m. and you may be able to capture an unexpected vacancy — it has happened for us.