Arena Investors specializes in investing in credit markets, scouring the globe for opportunities that meet return-versus-risk standards for its private debt funds.

The firm’s approach is to “play offense,” avoiding investments that could be harmed by a 2008-style financial crisis brought on by the coronavirus pandemic, and not investing in the flavor-of-the-month, according to
Dan Zwirn
, founder, CEO and chief investment officer at Arena, a US$1.6 billion asset manager for institutions and wealthy individuals that’s owned by Westaim, a Canadian company.

“We are able to go and do what makes sense, across asset types, geographies, instruments, private, public—whatever,” Zwirn says.

The firm, which creates portfolios diversified across these geographies and sectors, also seeks to avoid “macro exposure”—that is, it doesn’t expect to benefit from shifts in sweeping economic or political events. During a time of turmoil, it will look for the “proverbial babies getting thrown out with the bathwater,” Zwirn says.

As he wrote in a note to investors over the summer, “the way Arena is designed, there is never a ‘good’ or ‘bad’ time for being able to find opportunities, but there is variation in the number and types of things that meet our return versus risk standards.”

A challenge today is to find assets at the right price—such as leveraged loans, or mortgage-backed securities or corporate credits—given the continuing risks posed by the Covid-19 crisis.

Distorting this effort is the flood of monetary and fiscal stimulus that was aimed at blunting the impact in global economies, and that came on the heels of 12 years of stimulus in the wake of the financial crisis, Zwirn says.

“We know there is 12 years of an asset-credit bubble—that doesn’t just rebound,” he says. “What’s happening is a Japan-ification of Europe if not North America, where you have permanently low rates.”

In the absence of being able to do accurate price discovery, Arena looks for “what makes sense, where no amount of intrusion will make it better—where there will be fundamental reassessment of value,” he says.

Opportunities in Oil and Gas

The U.S. onshore oil-and-gas industry has presented this kind of opportunity for a couple of years now. That’s because about US$400 billion in the sector was wiped out “by folks making big bets on prices or future development or pie-in-the-sky speculative stuff,” Zwirn says. As a result, operators in the industry can’t tap the credit markets for needed cash.

Arena is finding it pays to provide that financing at a healthy yield—say 20%—based on the value of reserves in the ground. “We think oil and gas independent of having any view whatsoever on commodity prices is an incredibly compelling area to focus on,” he says.

A Strategy Based on Loan Origination

As the firm’s oil-and-gas sector strategy demonstrates, Arena’s key approach is to originate loans, utilizing an in-house investment team and drawing on expertise acquired through joint-venture partnerships. Real estate is one sector where several of these partnerships come into play.

Recently, one area within real estate that the firm has explored for value is the hotel sector.

To illustrate, Zwirn gave the example of a potential hotel deal involving a three-or-four-star property in Manhattan that’s struggling from low occupancy, “losing money hand over fist,” and is about to be taken over by its bank. The bank might sell this one-time US$80 million hotel—with US$65 million of debt against it—to a new buyer for US$45 million.

Arena might step into this situation and lend US$25 million to the new buyer at an interest rate of 16% if the buyer is willing to spend a few million dollars to repurpose the property into multi-family apartments.

The deal would make sense to a buyer that could expect to show occupancy after the conversion from a hotel to apartments, which will eventually allow it to go to a bank and refinance the 16% loan for a more reasonable rate of, for example, 6%. The buyer would also potentially benefit from the appreciated equity in the building resulting from its new use.

“We act as the casino, not the gambler,” Zwirn says. “We give people the chance to take those kinds of bets without ourselves taking either idiosyncratic or macro bets.”

Zwirn expects the effects of the Covid-19 crisis eventually will surface more opportunities like the Manhattan hotel in areas like aviation, small business lending, and retail—opportunities that would have surfaced sooner in the U.S. if the government hadn’t provided stimulus support in the early days of the crisis.

“We’re doing the work on a number of those things, those that are highly troubled, knowing at some point the price breaks,” he says.

The aviation sector, for instance, is in far worse shape today than it was post 9/11, Zwirn says.

Unlike in 2001, there’s been a boom in aviation leasing, where buyers of new planes lease them to second- and third-tier airlines, that’s been financed by securitized bonds, for instance. Senior bonds in some of these asset-backed structures were prefunded from a reserve, so they aren’t accounting for the fact a steep drop in passenger travel means many airlines won’t be able to make payments.

“At 55 cents for a senior bond, we could be excited because we know that come what may, these are going to be good value,” Zwirn says. But the bonds are trading anywhere from 10 to 40 points away from reality, he adds. “Sellers don’t have to sell and they won’t until the coupon literally doesn’t get paid.”

Before the Federal Reserve dropped short-term rates by 1.5 percentage point in the middle of March, prices on many of these securities were “a third to a half of the way down to where they would make sense,” Zwirn says. “It never really got there.”

Quarantines won’t be enforced for travel to N.Y., Pa. and Ct. even though N.J. meets coronavirus criteria

Tue Oct 20 , 2020
New Jersey has not landed on its newest travel advisory for states even though it meets the criteria for a 14-day quarantine because of an uptick of coronavirus cases, officials said Tuesday. New Jersey entered into the joint travel advisory with New York and Connecticut. But New York officials announced […] 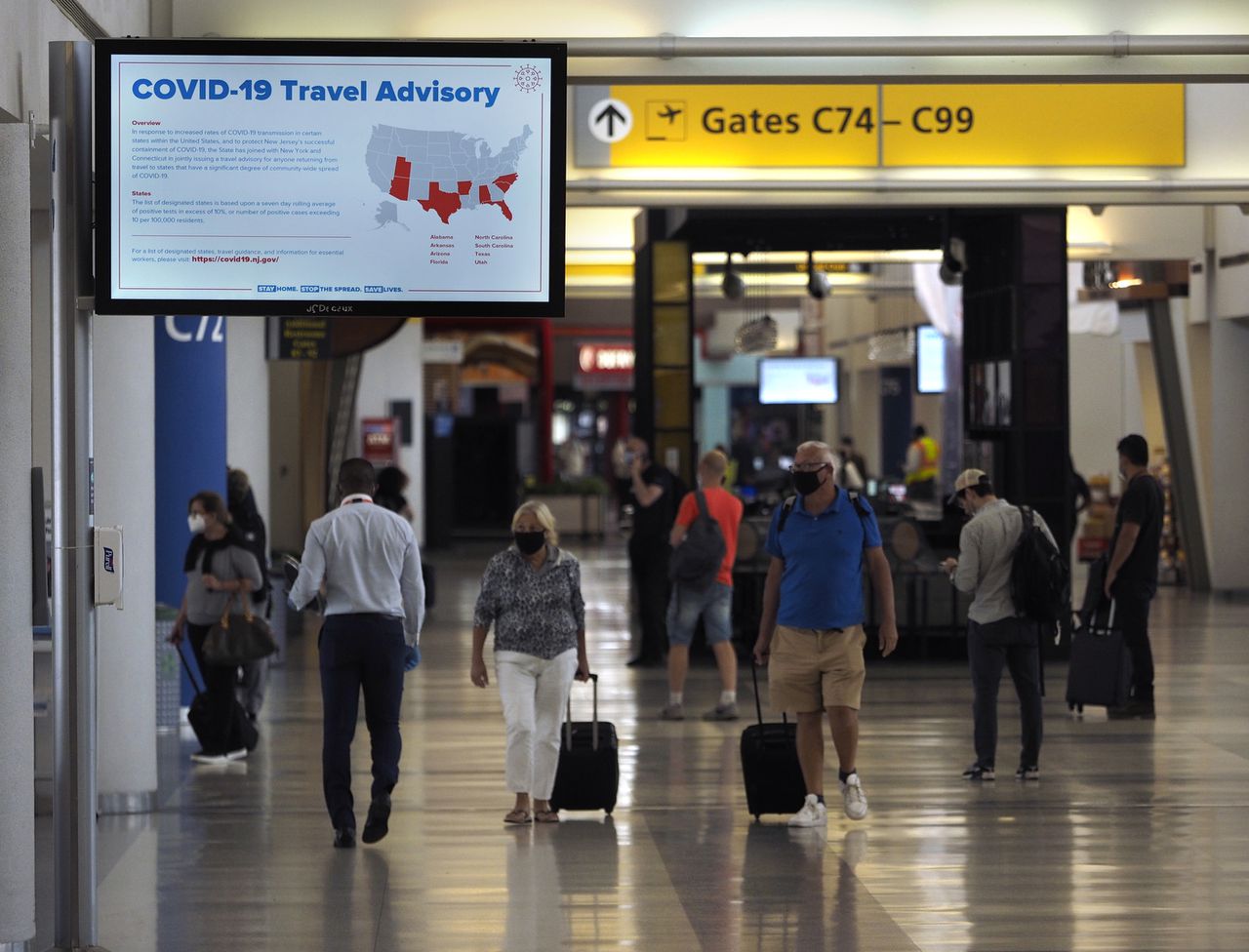