Janak Bhakta, a soft-spoken 17-year-old from Tustin, had big plans for 2020. He wanted to spend time away from academics to learn, grow and mature by traveling the world. Then the coronavirus pandemic struck and turned those plans to dust.

“The ideal plan was to travel internationally, but obviously that’s not going to happen,” Bhakta says about his planned gap year. He filled out applications for Outward Bound Costa Rica and NOLS Baja, two leading outdoor and leadership organizations, but both programs were canceled due to travel restrictions and health concerns.

Bhakta was still able to find the perfect fit with the Colorado-based High Mountain Institute, which puts gap-year participants in national parks to assist in local conservation efforts. This new plan will cover only the first few months of Bhakta’s yearlong journey.

“That’s what I’ll be doing for the fall and then the winter,” he says. “The spring is still up in the air.”

Bhakta is far from alone in wanting to take the year off from higher education. As more and more colleges and universities move online because of coronavirus safety, the appeal of a year off has been growing as well. An April survey commissioned by the American Council on Education shows that one in five college students was unsure about their plans for re-enrolling in school for the fall. Although taking a gap year isn’t high on young Americans’ to-do lists, the current COVID-19 climate has left many wondering if a year off from academics is still an option.

Here’s what those interested in socially distancing from college for a year need to know.

What is a gap year?

According to Knight, a growing number of people are searching for “gap year” online as an alternative to going back to school right now.

“We were seeing a 300% traffic increase on certain pages and, broadly speaking, roughly 150% increase over the whole site,” Knight says of the traffic to the Gap Year Assn. website, gapyearassociation.org.

However, he wants to make one thing clear: that his own definition of a gap year may be too rigid. He says a gap year doesn’t have to be taken so literally as a one-year commitment.

“It’s not one size fits all,” Knight says, noting that young people can spend a few months, a semester, or a year or longer on a gap experience.

“Gap year gets thought of as a thing, and I like to suggest that it’s more a recipe,” he says, adding that a good gap year has four basic ingredients: a healthy heaping of volunteering, a bit of internship experience, a dash of paid work and a sprinkling of “free-radical” time.

“Leave a little bit of space for the unknown,” he says, “because, partially, what you’re doing is exploring whether this thing that you love to do could potentially be the thing that you’re paid to do for the rest of your life.”

Also, there’s one more important thing to note. You don’t have to be a teenager to take a gap year. If you feel you need a transition, no matter what stage of life you’re in, odds are there’s a program for you. Just ask Samantha Warfield, a representative for the Corporation for National and Community Service, which runs AmeriCorps, the program that’s essentially synonymous with the American gap year.

“You don’t have to be 18 or a college-age student to do AmeriCorps,” she says. “We have lots of programs for everyone.”

Will my school allow a gap year?

This year, many schools are taking away the option to defer, or they’re adding in-depth rules for freshman deferrals. Cal State Fresno, for example, will allow incoming freshmen to defer until spring 2021, but students aren’t permitted to take college or university classes at other schools during this time. If they do, their deferral will be voided, and those individuals will have to reapply as transfer students.

The University of Southern California (where, full disclosure, this reporter works as an adjunct professor) is a bit more stringent. As its undergraduate admissions website explains, “In specific cases relating to medical issues, religious obligations or required military/national service, admission deferrals may be available. However, deferral requests for other reasons will not generally be granted.”

What programs are available?

“We believe every American should have a chance to serve,” Warfield says. “If you decide to give a year of service through something like AmeriCorps, we’ve got something for you.”

That list of programs available through her organization includes the well-known AmeriCorps NCCC, through which participants perform such work as clearing trails at national parks or building homes for those in need. It also includes AmeriCorps State and National, which acts as the “matchmaker of national service.”

Those who are actively seeking service programs or work can search through hundreds of options on the AmeriCorps State and National website. Open programs currently include photography volunteers in Vermont and data analysis volunteers in Washington, D.C., as well as mentors for middle-school students in central Texas. Interested gappers can also search for programs still accepting applications through the Gap Year Assn.’s search portal.

However, that’s far from an exhaustive list of options. Students such as Mateo Bolado from Berkeley, Calif., are exploring career options through internship programming online and in person.

“As more and more of my friends decided to go to college, I kind of just followed them,” Bolado says. “But as soon as I got to school, I felt this deep sense of regret.”

Before the coronavirus pandemic took hold, Bolado knew he wanted to take time off to discover more about himself and his potential future. He’s currently working as a virtual intern for a biotech company and exploring options for the spring, including global travel and language immersion programs.

“COVID only made me feel more secure in the decision I made,” the infectiously self-assured 19-year-old says.

Can I make money?

This month, the Federal Reserve Bank of New York released an analysis that said taking a gap year could cost people $90,000 of lifetime earning potential by delaying college, thus their careers, a year. However, the analysis didn’t take into account the social and mental benefits of a gap year. Nor did it take into account the fact that you can still make money or earn college credit while taking a gap year.

Knight and Warfield want to make it clear that taking a gap year for travel, learning or service isn’t reserved for the elite who can afford it. It’s an opportunity for everyone, and people can find housing and paid work too. As Warfield explains, there are several AmeriCorps programs that come with monthly stipends. That extra cash can come on top of free housing and a daily food stipend.

When people complete their gap year of service, they’ll also become eligible for a Segal AmeriCorps Education Award, which can be used to pay for qualified higher-education costs. That could include traditional two- or four-year schools or certification programs, or the award could be used to pay back student loan debt.

Beyond cash, gap year participants may also be able to obtain college credits for their time. The Gap Year Assn. works with organizations that qualify through its stringent accreditation program to offer college credit at Portland State University in Oregon. According to Knight, students can earn up to 12 semester credits through their gap year, depending on what program they select.

What will I really gain?

According to a survey by the Gap Year Assn. and Temple University in Philadelphia, those who participated in a gap year on average had shorter times to graduation and higher GPAs compared with national norms. These results appeared long-lasting into adulthood.

Another possible bright side to a gap year? According to the survey, 86% of gap-year participants reported that they are satisfied or very satisfied with their jobs; 63% reported participating in the 2014 election cycle; and 89% reported participating in community service — all far outpacing national averages. Also, more than 80% of survey participants said they’d recommend taking a gap year to someone considering it.

The survey authors concluded that these benefits make it imperative that gap-year programs appeal to and recruit more diverse participants. The survey found that the majority of its participants were white, native English-speaking women from families with an estimated household income of more than $100,000 a year. Additionally, 35% of gap-year participants attended private schools.

The survey also found that gap-year participants considered “being in a new and different environment” the most meaningful part of the experience. Bolado says that was paramount in his decision to take a gap year.

“In the journey into adulthood, there’s so much anxiety and so much worry,” he says, noting that many of his peers find comfort in the straight-to-college path with their lives a bit more plotted out for them. For him, this is a year, despite the coronavirus, to become more “mature, curious and motivated.”

“I gave myself a year to mature and become a little more independent,” he says, “and then go back to school with the right mind-set.”

The 24 funniest parents on social media this week

Fri Jul 17 , 2020
At TODAY Parents, we love seeing moms and dads post hilarious-but-true thoughts about parenthood on social media. While summer decisions usually involve what flavor popsicles to buy at the grocery store or where to go on vacation, summer 2020 is all about deciding what to do about school in the […] 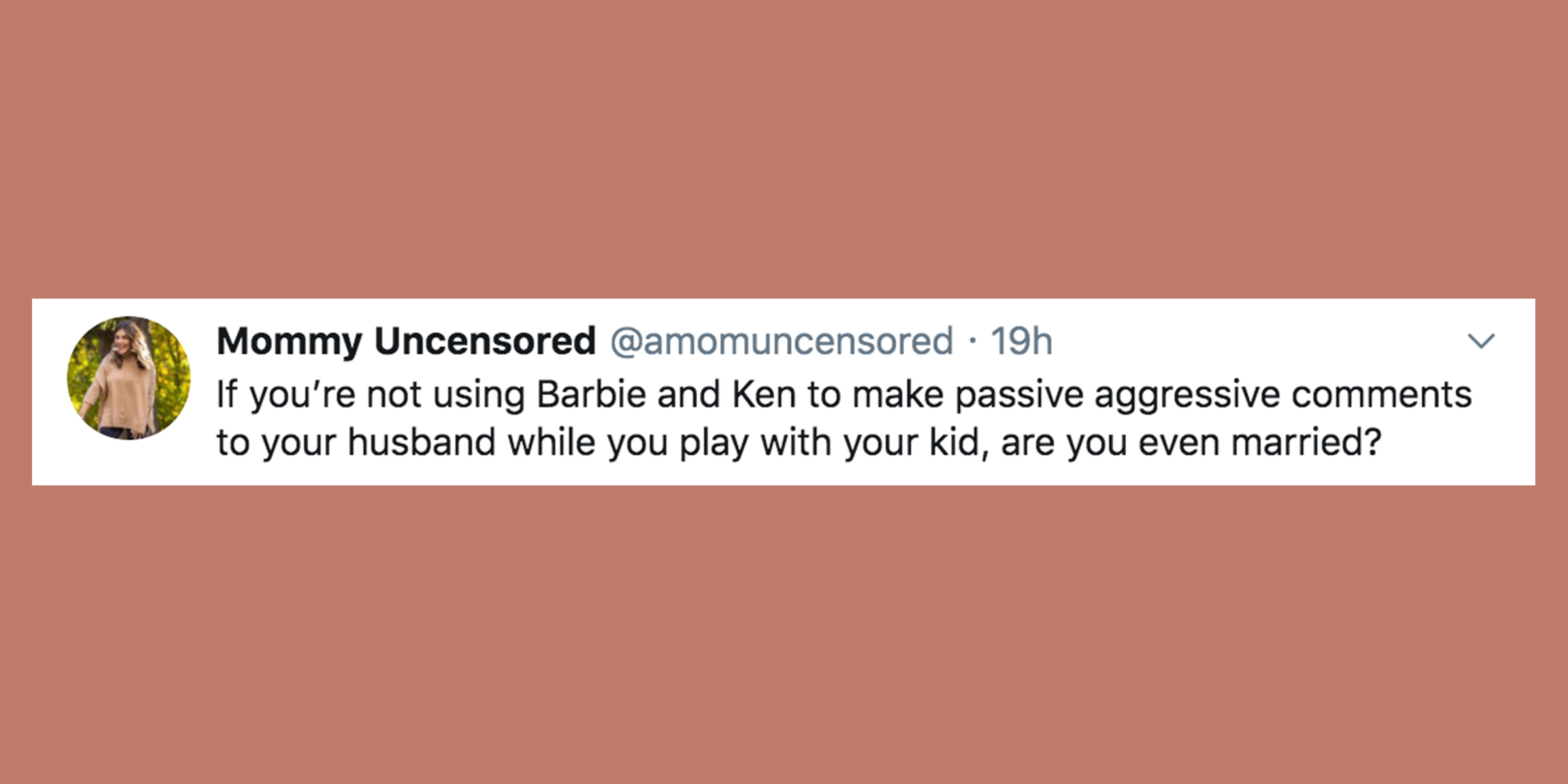