A Cuban-born man accused of supporting a foreign terrorist group by distributing propaganda videos on social media is being held in a Miami federal lock-up, according to court records.

Jonathan Guerra Blanco, 23, was arrested this fall at his home near Fort Myers, denied bail and charged this past week in Miami with providing material support to ISIS, a spin-off of al-Qaeda that has gained notoriety through its Middle East conflicts and decapitations of Western hostages.

Guerra, a naturalized U.S. citizen who faces up to 20 years in prison on the single terrorism charge, has an arraignment set for Jan. 7. His defense attorney, Ana Davide, said Guerra plans to work out a plea deal with the prosecutors in the counter-terrorism section of the U.S. Attorney’s Office to limit his potential punishment.

“After reviewing the facts associated with this case and after numerous consultations with the government, we expect to resolve this matter in a manner most favorable to my client,” Davide told the Miami Herald Monday.

Over the past year, Guerra was swept up in an FBI undercover operation that targeted an ISIS suspect known as “Confederate A” who allegedly collaborated with him in producing promotional and recruitment videos that were distributed on the Islamist terrorist organization’s encrypted social platforms and networks, including “IMN1” and “IMN2,” a criminal affidavit says. Guerra’s alias was “Abu Zahraal-Andalusi.”

The propaganda videos, graphics and instructional guides were designed to “incite and equip primarily Spanish-speaking followers to conduct operational attacks in support of ISIS,” according to the FBI affidavit. “While IMN1 and IMN2 focus on producing Spanish-translated ISIS media, they also coordinate translations into various other languages, including English, Dutch, French, German and lndonesian.”

Deploying three covert online employees and a confidential source, the FBI exchanged information with Guerra about his developing videos and related media material for the ISIS platforms. In their interactions, the affidavit says, Guerra held himself out as the head of one of the group’s networks, IMN1, tried to recruit the FBI’s online employees for contributing pro-ISIS content and revealed his actual name to one of them after initially identifying himself as “Stefan Smart.”

A year ago, after an ISIS sympathizer was arrested in Spain, Guerra sent one of the FBI online employees a network link to a graphic titled: “Jamas Nos Capturaras.” Translated: “You Will Never Capture Us,” an apparent reference to Guerra being free and operating IMN1. Guerra then released a video threatening terrorist attacks against the Spanish National Police and the country’s subway systems, according to the FBI affidavit. The pro-ISIS video, featuring Confederate A wearing a black mask and dark sunglasses, was widely reported in the Spanish media.

In February of this year, Guerra produced and distributed an ISIS video titled “Called to Islam” that featured a Spanish-language video “threatening non-believers to convert to Islam.” Among the video footage were shots of the Biltmore Hotel in Coral Gables and the Las Vegas Strip, along with clips of a suicide bomber’s farewell address and a prisoner execution.

Guerra also produced and released an instructional guide titled “Elabora una bomba en la cocina de tu Mama,’‘ which, translated, means “How to make a bomb in the kitchen of your mom.” It was previously published in the al-Qaeda Arabian Peninsula magazine, Inspire, the FBI affidavit says.

In correspondence with one of the FBI online employees in June, Guerra said his ISIS network’s goal was to “make the word of Allah … the highest.”

In another communication the following month, Guerra said: “I always strive to please Allah. I don’t want to brag, but I dedicate my life to [jihad].”

According to the FBI affidavit, Guerra also sent $572 in cryptocurrency to support Confederate A’s missions for ISIS overseas. The money was sent in August from his relative’s account with an address in Lehigh Acres, where Guerra lived until his arrest the following month.

Jay Weaver writes about bad guys who specialize in con jobs, rip-offs and squirreling away millions. Since joining the Miami Herald in 1999, he’s covered the federal courts nonstop, from Elian’s custody battle to A-Rod’s steroid abuse. He was on the Herald team that won the Pulitzer Prize for breaking news in 2001. He and three Herald colleagues were Pulitzer Prize finalists for explanatory reporting in 2019 for a series on gold smuggled from South America to Miami.

Nurses Say Covid-19 Is Pushing Hospitals to the Brink of Rationing Care: ‘It’s Sticking Fingers in a Dam’

Tue Dec 8 , 2020
In the days leading up to Thanksgiving, trouble was brewing in Salt Lake County. The county’s seven-day average of new Covid-19 cases had roughly doubled over the past month, to more than 1,200 per day. Nearly one in four Covid tests performed in the county in November had turned up […] 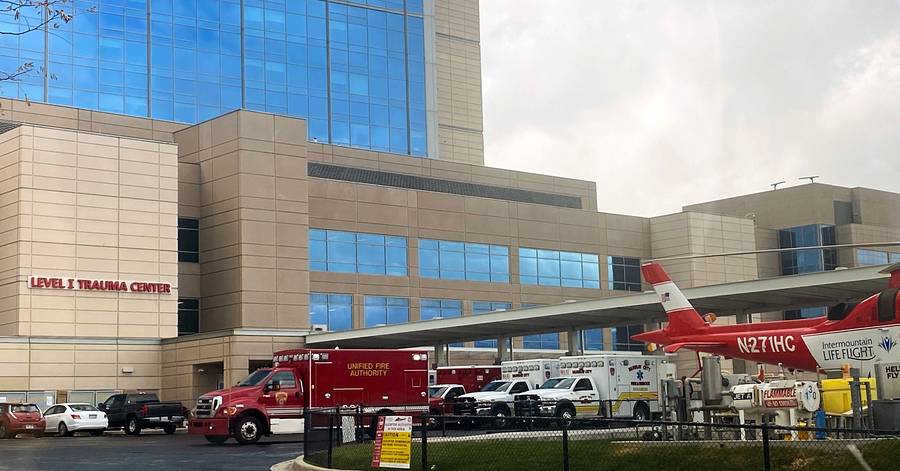