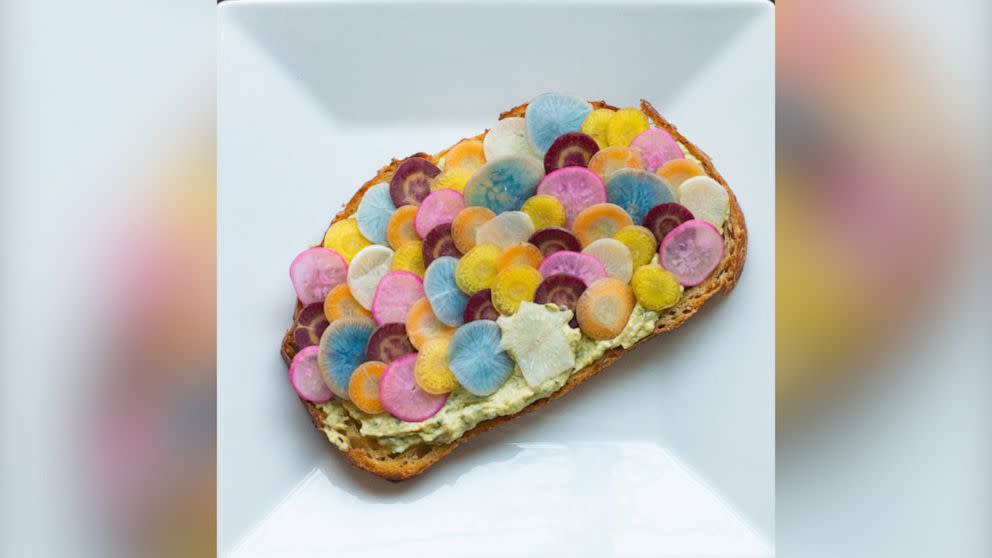 Toast is the most basic breakfast, but these slices on TikTok are making everyone do a double take.

Zara Kaye, a 21-year-old film student from Los Angeles, California, is bringing some of her favorite films to life on bread.

With time on her hands during quarantine, Kaye said she got to thinking about what it would be like to recreate movies using toast as her canvas.

Before she even begins a toast creation, Kaye draws on her film experience and the lessons she’s learned in film school with the pre-production process.

“I’ll usually start with the film and we’ll look at production design basics,” she said. “I’ll consider the color palette of the movie overall, what colors the designers are using, the directors are using, what they’re referencing and we look at major props and visual elements. Then, we look at famous food.”

Kaye said that if there’s something heavily featured in a film, like Remy’s ratatouille or the crème brûlée in Amélie, she’ll figure out how to incorporate that onto the piece of bread.

But, it doesn’t stop there. Kaye said that she’s also cognizant of any references made to cultural backgrounds in the films, especially ethnic cuisines featured, and tries to incorporate those elements into her toast creations as well.

With the help of her boyfriend, Ned Peterson, Kaye has recreated 25 films on toast and counting from a variety of genres from “Call Me By Your Name” and “Midsommar” to “Star Wars” and “Mean Girls.”

And, everything that’s on her pieces of bread are edible.

“It really feels like a creative outlet right now,” said Kaye, who is entering her senior year at Chapman University. “Most of my senior year is looking like it’s going to be taking place online. So, a lot of the plans that my whole class made to shoot films or produce films or design films is of course fallen through because of safety concerns.”

“I know a lot of my peers are struggling to find some kind of a creative outlet and I’m fortunate enough that TikTok provided that for me, where I can still appreciate cinema and learn about film and watch new movies,” she added.

For “GMA,” Kaye made her recreation of toast inspired by one of their favorite animated movies, “Up.”

How to make an “Up” inspired toast

House cut out of radish

1. Toast or grill bread of your choice

3. Lay the house down in the center of the bread, then the carrots and radishes starting at the top of the bread and working down.

4. Once the toast is covered, enjoy immediately.