suggested in an interview with The Wall Street Journal that he is unlikely to support a legal move—called a consent order—to end the government conservatorships of the mortgage-finance companies before President Trump leaves office. His signoff would be required for any change in their legal status.

“We’re going to not do anything that jeopardizes taxpayers and puts them at additional risk,” Mr. Mnuchin said. “We also want to be careful that we don’t do anything that overnight would limit access to mortgage finance.”

Mark Calabria, the Trump-appointed regulator of the companies, was pushing as recently as last month to speed up the mortgage giants’ exit from government control before Mr. Biden’s inauguration next month.

wanted the government to take legal steps that the next administration would find difficult to reverse—such as a consent order—but he cannot do so without Mr. Mnuchin’s approval.

What do you think is the best way to structure Fannie Mae and Freddie Mac? Join the conversation below.

Mr. Mnuchin said he is focused on steps that would allow the companies to build capital to absorb future losses and eventually raise money from new, third-party investors. “The real issue is how do you get them out of conservatorship? “ he said. “You need to raise third-party capital and you need to retain capital. That’s, to me, the issue.”

The companies currently are allowed to retain just $45 billion of earnings between them, and are expected to hit that limit in early 2021—far from the roughly $280 billion they could need under a plan completed by their regulator, the Federal Housing Finance Agency, this fall.

Before leaving office, the Trump administration is likely to allow Fannie and Freddie to retain more of their own earnings, Mr. Mnuchin suggested, without detailing how much more. He said the administration is also working on a policy blueprint outlining additional steps for the next administration and Congress to consider.

Advisers close to Mr. Biden said he would be in no hurry to privatize the companies, which the government took over during the 2008 financial crisis. Instead, Mr. Biden would focus on ways to use the companies to boost housing affordability and promote homeownership, the advisers said.

Fannie and Freddie don’t make home loans. Instead, they buy mortgages and package them into securities, which they sell to investors. Their promise to make investors whole in case of default keeps down the price of home loans and underpins the popular 30-year fixed-rate mortgage.

The government seized control of the firms to prevent their collapse during the crisis through a process known as conservatorship. It eventually injected $190 billion into the companies and agreed to inject billions more if needed. In exchange, the Treasury received a new class of so-called senior preferred shares that originally paid a 10% dividend. It also received warrants to acquire about 80% of the firms’ common shares.

Trump administration officials said in September 2019 they would aim to work with federal regulators to privatize the firms, but with a government backstop, over several years.

Progress has been slow, a point Mr. Mnuchin acknowledged in remarks to reporters last week. “The one area I feel like we didn’t make enough progress is on Fannie Mae and Freddie Mac,” he said.

The prospects of releasing the companies from conservatorship before Mr. Trump leaves office, while a long shot, had nonetheless generated pushback among industry officials, who warned sudden moves to alter their legal status could spook investors in the firms’ securities or risk shortchanging taxpayers who continue to backstop the firms.

“Calabria and Mnuchin have talked about the many steps involved before ending the conservatorships,” said

a former top FHFA official who is now president of the Housing Policy Council, a housing-industry trade group. “Market participants are saying that suddenly bypassing those steps could be disruptive to the market and may not be in the best interest of taxpayers.”

Mr. Mnuchin said Treasury is also weighing whether to impose new limits on Fannie and Freddie’s businesses that would balance their roles in supporting housing finance, but potentially limit their footprint in the $11 trillion mortgage market.

While Mr. Mnuchin declined to say what specific changes are under consideration, Treasury in its 2019 road map said FHFA should reassess whether the companies’ purchases of cash-out refinancings and loans for investment and vacation properties align with the firms’ core mission.

The Push for Privatization

Tue Dec 15 , 2020
Victoria Gray (second from left) with her three kids, Jamarius Wash, Jadasia Wash and Jaden Wash. Now that the gene-editing treatment has eased Gray’s pain, she’s been able be more active in her kids’ lives, and looks forward to the future. “This is really a life-changer for me,” she says. […] 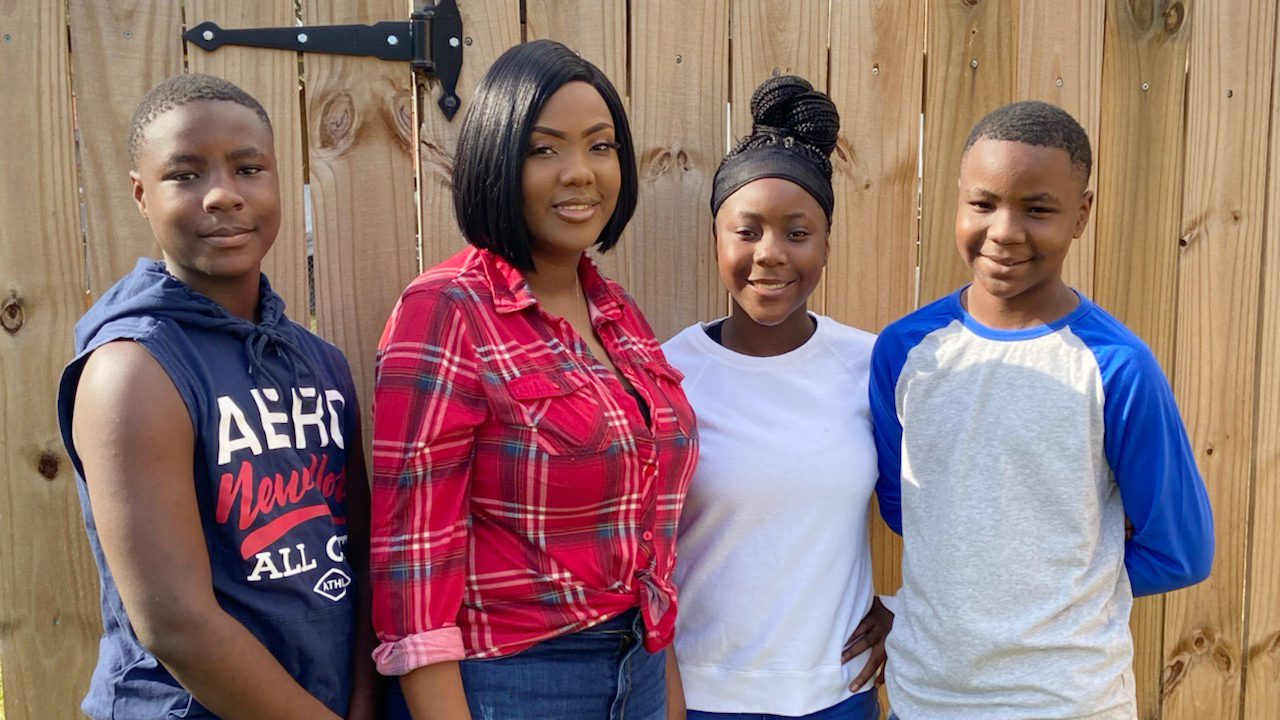