Paris is a collective fantasy, from the book-sellers along the Seine to the gray zinc rooftops of its cream stone buildings. For ages, the city has been the place to turn for lessons in l’art de vivre, the art of living, influencing fashion, philosophy, culture, art and gastronomy around the world. Today, pop-up shops and hipster brunch spots are as much a part of Paris as street lamps and Gothic architecture. But the romance of the city is timeless.

When visiting, I like to be a flâneur, a stroller with no destination, winding through the medieval streets of the Marais, pausing to hear a jazz band, dipping into the Musée Carnavalet, shopping in SoPi (South Pigalle), popping into Éric Kayser for croissants, sitting in the sun on a green metal chair in the Luxembourg Gardens. Evening might bring a ballet at the Palais Garnier, or a sidewalk bistro table from which to watch the crowds go by.

These days, my apartment is the bistro, boutique and boulangerie. Yet, it turns out, this too has a certain romance. There are countless ways to invite Paris into your home. All you need is a little creativity. And perhaps a glass of Champagne. 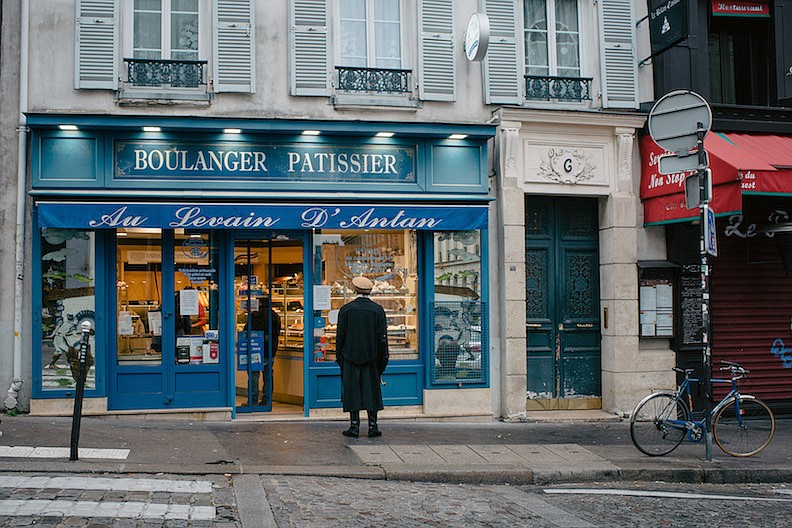 Coronavirus safety rules are posted on the showcase of a bakery in Paris on March 16, 2020. (Dmitry Kostyukov/The New York Times)

Éric Kayser, the artisan baker who opened the first of his shops in Paris, teaches you how to make classic French breads, including “la baguette,” on his lively Maison Kayser Academy YouTube channel. Game for a full meal? Julia Child’s television episodes, including some shows with Jacques Pepin, are on PBS online (you’ll also find her on YouTube). A New York Times Cooking editors’ collection, “French at Home,” tempts with dozens of recipes. And for dessert? Cookbook author and Times columnist Dorie Greenspan said in France “dessert might be cheese, fruit or maybe the sturdy gâteau that almost all French cooks know how to bake: Yogurt Cake. I make it often and always think of Paris and my friends when I do.”

TURN YOUR COUCH INTO A BOX SEAT AT THE BALLET

Dim the lights and nestle into your sofa as if it’s a box at the Palais Garnier to watch ballet and opera clips on the Opéra National de Paris’ YouTube channel. When you need an intermission, do as the audiences do and get a glass of Champagne. The Times’ wine critic, Eric Asimov, offers recommendations online.

MUSEUM HOP FROM YOUR LAPTOP 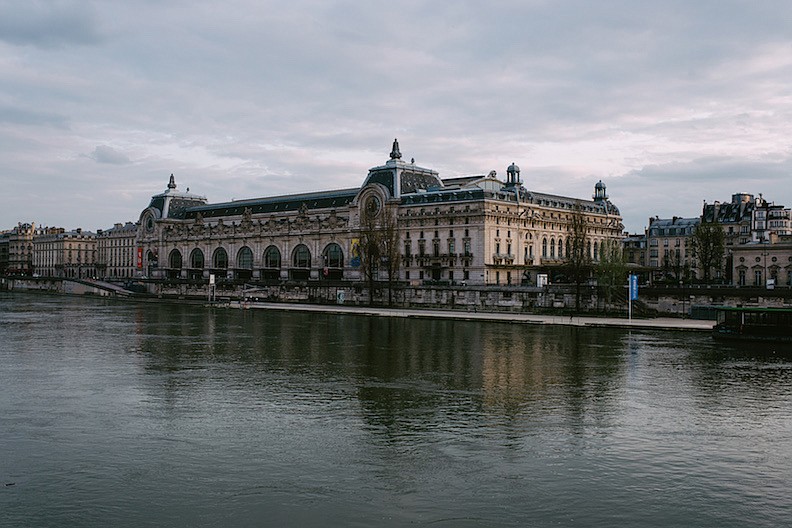 Take your time contemplating masterpieces and monuments through virtual tours. Get up close to paintings by Renoir and van Gogh at the Musée d’Orsay. Zoom in on the brush strokes of Monet’s Water Lilies in the Musée de l’Orangerie. Discover masks from places such as Central Africa and Papua-New Guinea at the Musée du Quai Branly — Jacques Chirac. Explore Sacré-Coeur. And relish vertiginous views from the Eiffel Tower.

FILL YOUR HOME WITH FRENCH JAZZ

Begin with guitar legend Django Reinhardt, a founder of the Quintette du Hot Club de France in Paris, and his bluesy “Nuages.” Sip a coffee as Eartha Kitt tells you “C’est Si Bon” (be sure to cue up Dean Martin’s breezy rendition of the song too). And kick up your heels (or fuzzy slippers as the case may be) as Nat “King” Cole woos you with the French version of “L-O-V-E.”

KNOT A SCARF LIKE YOU WERE BORN IN PARIS

Parisian chic may be as close as your coat closet. “Whatever you do, do not channel ‘Emily in Paris,’ with its kooky combinations of hats, boots and hot pink jackets,” advises Vanessa Friedman, the Times’ chief fashion critic, referring to the Netflix series. “Cast your mind back, rather, to Jean Seberg and ‘Au Bout de Souffle’ [‘Breathless’] in her striped mariniere and capri pants. To look French, you must not look as if you are trying too hard. On the other hand, you don’t want to look sloppy. That scarf just happened to fall artfully around your neck; that trench simply slings naturally around your shoulders. The word you are going for is insouciance.” Learn to knot scarves like you were born in Paris with this indispensable video from Cosmopolitan France (arkansasonline.com/1212scarf). Naturally, Hermes has pointers too.

Ready to spruce up your home for winter? Spark ideas with the Instagram accounts of Elle Decoration France, Marie Claire Maison, and Côté Maison, even boutique hotels like Le Narcisse Blanc Hotel & Spa. Elle Decor has some “French Interior Design Rules to Live By” in which Paris-based designer Jean-Louis Deniot explains: “The whole idea is anti-decor. To make it look like the owner did it himself — to make it look natural. Which is, of course, very French.”

CURL UP WITH A FRENCH AUTHOR 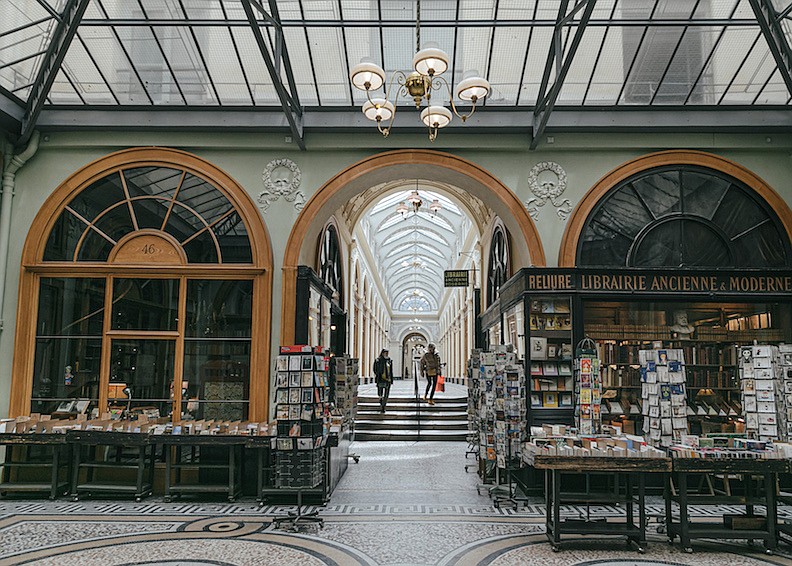 The Galerie Vivienne bookstore in Paris on May 11, 2020. (Andrea Mantovani/The New York Times)

Download classic novels and poems by Victor Hugo, Émile Zola, George Sand and Honoré de Balzac free from places like Apple Books. If you haven’t already, discover the works of one of France’s most respected writers, Annie Ernaux. Amble around Paris with Edmund White in “The Flâneur.” Delve into the city’s dark underbelly with Luc Sante’s “The Other Paris.” Or escape into another world like the French do, with a comic book or graphic novel such as the long-running Asterix series about Gauls resisting Roman occupation, which has a new publisher in the United States and new Americanized translations.

Never mind that your sidewalk doesn’t lead to the Seine. Being a flâneur is not about being in Paris but rather, being of the place you’re in — using your senses to savor sounds, scents and colors right where you are. So tie on a scarf, and go for a socially distanced stroll.

Holidaymakers who did not choose Covid refund face new battle

Sat Dec 12 , 2020
Photograph: Anthony Devlin/AFP/Getty Images Thousands of travellers who agreed to rebook cancelled holidays – or accepted replacement vouchers – are facing a second wave of heartbreak as they find they can no longer take the trip they planned but the travel firm will not refund them. Over the spring and […] 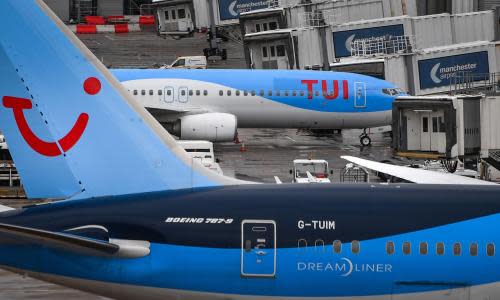