Red Dead Redemption 2‘s online mode has garnered much success after leaving beta in 2019. Red Dead Online is a continuously evolving cooperative and competitive multiplayer experience similar to Grand Theft Auto Online. Though it’s nowhere near as successful as the behemoth GTA Online, Red Dead Online has amassed a large audience. The online mode can be quite complicated, so we’ve compiled a list of everything you need to know about Red Dead Online.

While Rockstar views Red Dead Online as a separate game, anyone who owns a copy of Red Dead Redemption 2 gets free access to the experience. However, like almost all online multiplayer games on console, you need either an Xbox Live or PlayStation Plus subscription to play Red Dead Online.

Once you’ve installed Red Dead Redemption 2 onto your PC, PS4, or Xbox One, you’ll be able to select the online option. You’ll have to wait through a hefty loading screen, and, if it’s your first time, you’ll need to create your character.

Create your own character

As a separate experience from the main adventure, you won’t play as Arthur Morgan. Instead, when you first hop online, you’ll create your own outlaw. Using the robust customization features, you can fiddle with your abilities to create an outlaw that plays to your strengths. After creating your character, you’ll land at the Sisika Penitentiary, a landmark on the eastern edge of the map. You’ll set up your camp, grab a horse, and search for a treasure.

What you do from there is largely up to you. Here’s a description of what Rockstar says you can do out of the gate:

“Explore the world solo or with friends. Form or join a posse to ride with up to seven players; gather around the fire at your Camp; head out hunting or fishing; visit bustling towns; battle enemy gangs and attack their hideouts; hunt for treasure; take on missions and interact with familiar characters from across the five states; fight against other outlaws in both spontaneous skirmishes and pitched set-piece battles; and compete with other players or whole posses in open-world challenges and much more.”

Red Dead Online supports 32 players on a server at this time. Story missions can be completed cooperatively, but in between each mission, you can travel the map solo and participate in various tasks. You have the ability to fast-travel to numerous little towns across the map by using the signposts.

There are a ton of different competitive game modes to try out, with more planned for the future. Multiplayer playlists are accessible in the menu at any time. You can either join a Showdown Series, which supports up to 16 players, or Showdown Series Large, which expands the play area and accommodates up to 32 players. Here are some of the game modes you can participate in:

There are modes that randomly appear called Free Roam Events:

And after the addition of Roles, new modes have been included:

In Red Dead Online, you’ll come across missions that are meant to be played with two to four players. Right now, these missions fall under storylines called A Land of Opportunities and A Life of ‘Shine.

A Land of Opportunities missions:

Path of the Gunslinger

Path of the Outlaw

A Life of ‘Shine missions:

These quest lines feature multiple missions. According to Rockstar, aspects of them can change based on your Honor. Once you enter a mission, you’ll be queued up with one to three players.

Like the campaign, a sliding Honor scale will keep track of your deeds — both good and bad. Along with the designed co-op missions, Free Roam Missions will arise when you come across the Stranger Icons, just as they did in the main adventure. Your current Honor rating can affect how these missions play out. If you’ve been a good citizen, you may be asked to help protect strangers. If you’ve been bad, you could be asked to complete another bad deed, like helping felons.

Rockstar teased that “familiar faces” will be found in Red Dead Online, and how they react to you will correlate with your current Honor rating.

Completing activities in Red Dead Online will earn you experience points that increase your rank. You can also unlock items that will improve your skills. A total of 425 awards can be earned across 12 disciplines, including combat, hunting, sharpshooting, and crimes. Customizable ability loadouts for mechanics like Dead Eye can be equipped by finding cards and increasing your rank.

Player feedback is very important to Rockstar, even since Red Dead Online left its beta form. Rockstar wants player feedback for both big and small issues, whether it’s a bug or a future content suggestion.

According to Rockstar, “If you encounter technical issues of any sort, please visit our dedicated Rockstar support site to find help or report these issues.” To submit feedback about the overall experience, Rockstar has created a page on its site.

Rockstar has already tinkered with the in-game economy following player complaints that items were too expensive and activities didn’t reward very much in-game currency.

In the December 14, 2018, developer update, Rockstar promised that it will release additional updates in early 2019. One of the main targets of the patches will be “anti-griefing measures.” Griefing is when online users purposely try to ruin the experience of others (such as randomly killing other players for no reason).

In a January 9, 2019, developer update, Rockstar said it’s working on a bounty system that will aim to curb griefing. After a player commits crimes, bounty hunters from the different states will seek them out to pay the bounty. Rockstar is also toying with a system that identifies problem players on the map, so it’s easier to know who to avoid.

In the game’s September 2019 update, Roles were added, giving players the ability to play as Bounty Hunters, Traders, and Collectors — each with their own characteristics and goals.

Rockstar expanded roles with the Moonshiners update in December 2019, allowing users to create and distribute their own moonshine. But that won’t be the game’s only update throughout its life cycle.

Rockstar plans on adding new story missions, dynamic events, additional multiplayer modes, weapons, and outfits with some regularity. The creators claim that they will listen to the community and attempt to include some requested features in future updates. Stay tuned for more announcements about when to expect new updates to be released and discussion about the additional features that will possibly be included in the updates.

Red Dead Online’s in-game store is live and allows microtransactions so that all PS4 and Xbox One users can spend real money to purchase the coveted in-game gold bars. As of now, the gold bars are only available for purchase in bundles starting at $10. The bigger the package, the bigger the discount you can score per gold bar. Prices for the precious gold bar packages are as follows:

The 25 gold bar bundle is currently available for a one-time special offer that will cost you just $5 right now.

Red Dead Redemption 2 – the online mode – is now out of beta mode and running full speed ahead. It seems like there are many more changes coming on Rockstar’s list for future updates, so you’ll have to continue learning new tricks as you go. For now, the tips we provided can give you a head start on navigating the complexities of the online mode.

The best Apple Arcade games you should play right now

Thu Oct 1 , 2020
The iPhone has always been a great place for gamers, but Apple Arcade puts a new spin on things. After a free one-month trial, it costs $5 per month to subscribe, but that fee gives you and your family unrestricted access to a wonderland of great games with no in-app […] 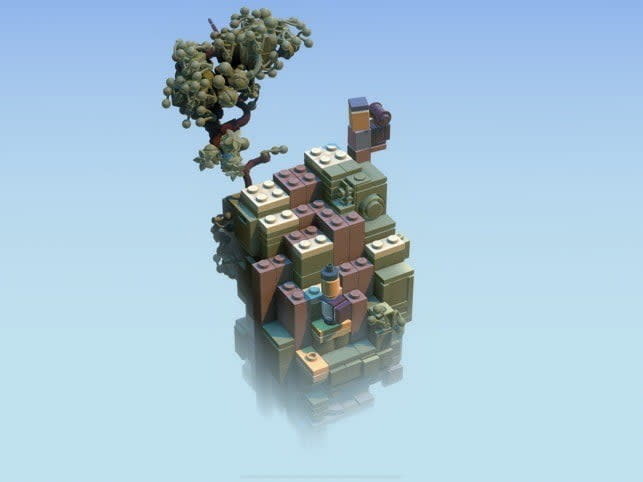