It couldn’t come a moment too soon. Eurostar has finally promised to clearly inform passengers whose journeys are cancelled about their right to a monetary refund, not just a Eurostar voucher. But this piece of news is an arrival that, like so many issues plaguing the company this year, has been bafflingly and frustratingly delayed.

For many months, unfortunate travellers whose Eurostar journeys had been cancelled would receive an email informing them that they could claim a voucher for future travel. Under European law, however, if your train you have a ticket for is cancelled, you’re entitled to a monetary refund, should you wish. Eurostar conveniently forgot to say so.

Now, after numerous complaints from rail travellers who discovered that Eurostar hadn’t told them the whole truth, the UK’s rail regulator, The Office of Rail and Road (ORR), has stepped in. As a result, Eurostar, has promised to make it clear to customers that a refund is an option after all.

But Eurostar isn’t out of the doghouse yet. Thousands of travellers whose Eurostar journeys were cancelled during 2020 have already accepted vouchers. That’s all they were offered at the time; and being none the wiser, that’s what they took.

Worse still, those who subsequently discover that they were been misled, and who go back to Eurostar to ask for the cash refund they were due, have the door slammed in their faces. You’ve already accepted a voucher, Eurostar argues, therefore you’ve forfeited your right to a refund. It’s logic straight out of Catch 22.

The ORR is in continuing its talks with the rail operator and may force it to refund customers who unwittingly accepted vouchers. The larger question is why Eurostar didn’t just come clean and do this earlier? Do they really have to be collared by the ORR in order to play fair?

With Covid decimating rail bookings, it’s not hard to imagine why Eurostar tried to cling onto the cash: customers in the dark about their refund rights could be fobbed off with a voucher. Unsurprisingly, people discovered they’d been had, and weren’t pleased – or quiet – about it. Even putting morality aside, undermining your customers’ trust is hardly a wise business strategy. Should have gone to Specsavers?

For years, Eurostar acted in a way that leaves rail fans confused and dismayed in equal measure. It’s almost as if the operator is hell-bent on making travelling to Europe by train more complicated, instead of easier.

In March, Eurostar quietly changed its booking system. The unfortunate result is that travellers can no longer phone Eurostar Reservations and choose from a wide choice of options, combining Eurostar journeys with onward European trains. Instead, staff can only book you the exact same, limited schedules shown on its website. It’s an unforced own goal that Eurostar — at first — wouldn’t even admit had crossed the line, and gave no explanation for.

And last month, as the Telegraph revealed, Eurostar admitted that it had a new policy of retrospectively cancelling trains that hadn’t sold enough tickets.

Since the invention of the steam engine, it’s been a general rule that, once a train has been put on sale, it will run regardless of how many people book tickets. To break this protocol — and to try to do so without even telling people — is a recipe for chaos and disruption down the line and a disaster for people with onward European connections booked.

As rail expert Mark Smith told the Telegraph, it simply fuels ever more uncertainty and mistrust in an operator that should, and could be, one of the UK’s most valuable and trusted brands.

In challenging times, Eurostar has consistently failed to show transparency or display the qualities that cautious, newly unnerved travellers, dealing with the double whammy of Covid and Brexit, are looking for when it comes to train travel to Europe.

Things might feel gloomy now, but if Eurostar finally started being more honest with travellers, the future for rail travel would certainly feel a lot brighter.

The 7 worst ways people use their stimulus checks

Sat Dec 19 , 2020
The 7 worst ways people use their stimulus checks Remember those super-helpful $1,200 stimulus checks and direct deposits that went out in the spring? That probably seems like eons ago, especially if you’re still going through a tough time financially because of COVID. A new aid package could pass before […] 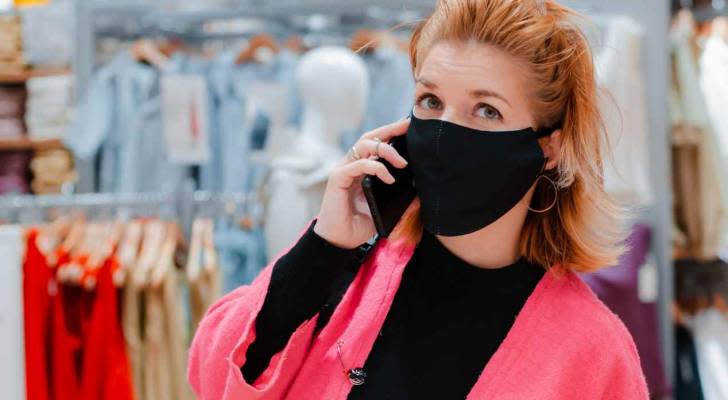