More than a year after Gov. Gavin Newsom issued California’s first-in-the-nation stay-at-home order, an end date for the state’s four-tiered reopening system is in sight.

On Tuesday, Newsom announced that California is aiming to fully reopen its economy June 15. If all goes according to plan, the vast swath of California life curtailed by restrictions will return to business as usual on the target date, albeit “with common-sense public health policies in place, such as required masking, testing and with vaccinations encouraged.” The state mask mandate will remain in place.

[Read the story: “California aims to fully reopen its economy June 15″ in the Los Angeles Times]

As my colleagues Luke Money and Taryn Luna report, the June 15 date isn’t set in stone and will hinge on two factors: a sufficient vaccine supply to inoculate all who are eligible, and stable and low numbers of people hospitalized with the disease. Dr. Mark Ghaly, California’s health and human services secretary, said the June 15 target was chosen, in part, because it falls two months after the state will extend vaccine eligibility to anyone 16 and older.

A little more than 18% of Californians are now fully vaccinated, and the state has thus far avoided the spring fourth wave that has brought surging case numbers to other parts of the country. But health officials and experts continue to urge residents to remain vigilant and maintain personal precautions, particularly as the state reopens and the number of known variants present locally continues to grow. As my colleagues have reported, the next few weeks will be a major test of whether California can avoid more COVID-19 surges, with more openings expected and the potential fallout from the Easter holiday still unknown.

As our Sacramento bureau chief John Myers noted on Twitter, it’s impossible not to see the move through the lens of the recall election Newsom will likely face in the fall.

A successful statewide reopening would be a political victory, particularly for a governor who has drawn widespread criticism from varied camps for his handling of both restrictions and reopening. And his chances of surviving a recall could be higher if Californians have logged several months of relative normalcy before marking their ballots. But as my Sacramento colleague Taryn Luna writes, the sweeping reopening plan also brings fresh political risks for Newsom: “If the virus surges again or unexpected problems arise, the whiplash of the governor’s constantly changing rules could be fresher in the minds of voters, who may blame him at the polls.”

K-12 California schools should be open in the fall for full-time, five-days-a-week, in-person instruction as part of the guidelines released Tuesday by state officials. Newsom stopped short Tuesday of saying this guidance would become a mandate but said he is considering additional measures, as necessary. Los Angeles Times

Note: Some of the sites we link to may limit the number of stories you can access without subscribing.

Just 3% of L.A. landmarks are linked to Black history. One project aims to change that. Los Angeles Times

Ice cream with a side of mental health awareness: Sad Girl Creamery is opening up conversations around mental health, one paleta at a time. L.A. Taco

Beloved L.A. video rental store Vidiots is reopening. How will it adapt to the era of streaming and COVID? KCRW

San Francisco’s school board voted unanimously late Tuesday night to put plans to rename a third of its public schools on hold. The vote formalized a February statement by President Gabriela López that the district would pause the renaming process until students returned to full-time learning inside classrooms. Los Angeles Times

Alarmed by recent mass shootings, California lawmakers push to tax guns and ammo. State lawmakers advanced a proposal for a new tax on the sale of guns and ammunition in California to boost funding for violence prevention programs. Los Angeles Times

HEALTH AND THE ENVIRONMENT

Here’s how experts know the COVID-19 vaccines are safe: A look at the data. Los Angeles Times

Death and neglect inside a troubled nursing home chain. ReNew Health Group, a fast-growing chain of skilled nursing facilities founded in 2014, “has racked up an inordinate number of red flags and citations, many for infractions known as ‘immediate jeopardies,’ the most severe federal citation a nursing home can receive.” LAist

Disneyland and California Adventure Park tickets go on sale next week. The Disneyland Resort theme parks, which have been closed since March 2020 because of the COVID-19 pandemic, are scheduled to reopen April 30 with limited capacity and new virus safety protocols. Los Angeles Times

“I went from enjoying my college experience to almost hating it.” For Sacramento State students, the pandemic has brought mental health challenges. The State Hornet

The owner of the Sacramento Kings announced on Clubhouse that all staff can be paid in Bitcoin. That is a real sentence and not the result of a tech-y Mad Libs game. Business Insider

A poem to start your Wednesday: “Rootless” by Jenny Xie. Poets.org

On Dec. 7, 1941, Pearl Harbor was bombed. I was 5 years old, and it was a very scary time. I could see battleships in the Pacific Ocean from my bedroom window. When the government thought enemy planes were approaching, air raid sirens blared throughout the city. One day, while I was in school, the sirens sounded, and we dove under our desks. I was panicked. When the “all clear” signal finally came, school was dismissed. I didn’t know which way to walk home, in case my mother came to pick me up. I selected a route, and after walking several blocks, I saw my mother coming toward me. I ran into her arms and had never felt such security.

If you have a memory or story about the Golden State, share it with us. (Please keep your story to 100 words.)

Please let us know what we can do to make this newsletter more useful to you. Send comments, complaints, ideas and unrelated book recommendations to Julia Wick. Follow her on Twitter @Sherlyholmes.

Wed Apr 7 , 2021
The Daily Beast ‘A Whole Bunch of Crazy’: Inside the South Carolina GOP’s MAGA Coup Win McNamee/GettyWhen Lenna Smith arrived at her precinct’s annual Republican Party organizing meeting last month, she didn’t expect to be greeted by a dozen strangers.Smith has been a fixture in GOP politics in Greenville, South […] 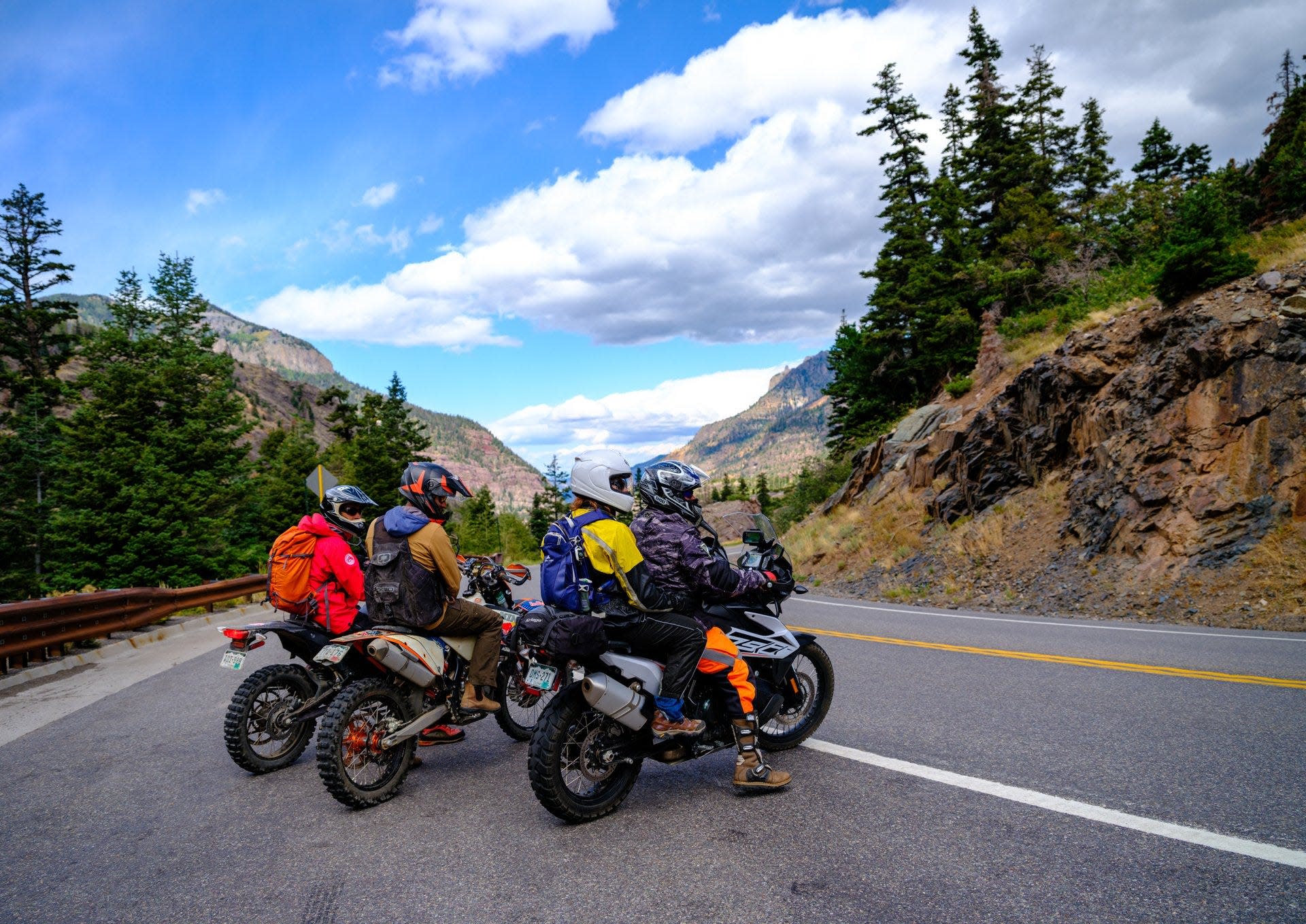