The most significant casualty of pandemic so far has been Disney’s Southeast Asia-set “Raya and the Last Dragon,” which was pushed back to March 12, 2021 to make room for heavily-favored “Soul” in the fall. Pixar’s heart-tugging fantasy about spirituality and jazz from Oscar-winner and chief creative officer Pete Docter (“Inside Out,” “Up”) might even generate some Best Picture consideration, given its cultural significance.

“Soul” explores the life of Joe Gardner (Jamie Foxx), a New York middle-school band teacher, who gets the ultimate gig playing piano at the top jazz club, only to fall into a manhole and journey to The Great Before, a fantastical place where new souls are formed before birth. There he encounters precocious soul, 22 (Tina Fey), who rejects the appeal of the human experience. But they team up so Gardner can return to Earth and complete his journey.

Lord and Miller’s “Connected” continues their mission to push storytelling and stylistic boundaries. Directed by Mike Rianda (creative director of “Gravity Falls”), it’s a comedy about a family combating a tech uprising of electronic devices, including a new line of personal robots, and centers on the conflict between a nature-loving dad, Rick (Danny McBride of “The Righteous Gemstones”) and his social media-savvy daughter, Katie (Abbi Jacobson). Leveraging the new tools from “Spider-Verse,” the Sony Pictures Imageworks production juxtaposes painterly/watercolor elements in the “human world” with the clean, calculated perfection of the “robot world.” Additionally, it uses 2D pop-up animation for Katie’s POV (internally called “Katie Vision”).

In “Over the Moon” (co-produced by China’s Pearl Studio and animated by Imageworks), 13-year-old Fei Fei (Cathy Ang) builds a rocket to the moon to meet the legendary goddess, Chang’e (Phillipa Soo of “Moana” and “Hamilton”). But her journey on Lunaria forces her to embrace change. Original songs were composed by Christopher Curtis (“Chaplin: The Musical”), Marjorie Duffield, and Helen Park (“KPOP”), and the score was by “Gravity” Oscar winner Steven Price. Also, famed costume designer Guo Pei designed the lavish gowns for Chang’e, which required Imageworks to up its simulation software.

Netflix also has another prime contender with festival favorite “Bombay Rose,” (fall), which kicks off the streamer’s India deal. Director Gitanjali Rao offers a hand-painted movie about a red rose bringing together three tales of impossible love, delicately woven through music, between a Hindu dancer and a Muslim boy, two women, and an entire city for its Bollywood stars.

Meanwhile, “Wolfwalkers” shapes up as the most anticipated international contender. Directed by Moore and long-time art director Ross Stewart, it centers on an 11-year-old female apprentice hunter forced to re-evaluate her mission to wipe out the last remaining wolf pack in Ireland. The 2D folktale juxtaposes a block-print style for Kilkenny with watercolors and ink splats for the forest and a charcoal look for the wolves. Although Cartoon Saloon partnered with streamer Apple TV+, a theatrical distributor has not been announced. But it’s worth noting that GKids previously released Cartoon Saloon’s Oscar nominees: “The Breadwinner,” “Song of the Sea,” and “The Secret of Kells.”

Speaking of GKids, the standout among its nearly half dozen anime release is Studio Ghibli’s first CG movie, “Earwig and the Witch” (fall), directed by Goro Miyazaki (“From Up on Poppy Hill”), with planning from his legendary father, Hayao Miyazaki. It’s about an orphan girl with latent magical powers, who’s forced to live with a selfish witch.

“Calamity, a Childhood of Martha Jane Cannary” (fall) is another international release to keep an eye on. The hand-drawn biopic about Martha (Calamity) Jane’s empowering journey West in 1863, from French director Rémi Chayé, won the Cristal Award at the Annecy 2020 Online animation festival. North American theatrical distribution has not been announced, but leading contenders include GKids and Shout! Factory, which handled Chayé’s acclaimed Arctic adventure, “Long Way North.”

DreamWorks’ hopeful, “Trolls: World Tour,” scored a major VOD victory during the lockout. Anna Kendrick and Justin Timberlake returned as Poppy and Branch in a more expansive and colorful movie about acceptance and musical diversity. They battle hard-rock baddie Queen Barb (Rachel Bloom), who threatens to destroy the other five musical Trolls tribes.

Here is a list of leading contenders in alphabetical order.  No film will be considered a frontrunner until we have seen it.

Thu Jul 16 , 2020
New York City plans to provide child care for 100,000 children once its schools partially reopen in the fall with the goal of expanding that capacity even further during the school year, Mayor Bill de Blasio said Thursday. New York’s schools have preliminary plans for a “blended learning” approach for its 1.1 million students, […] 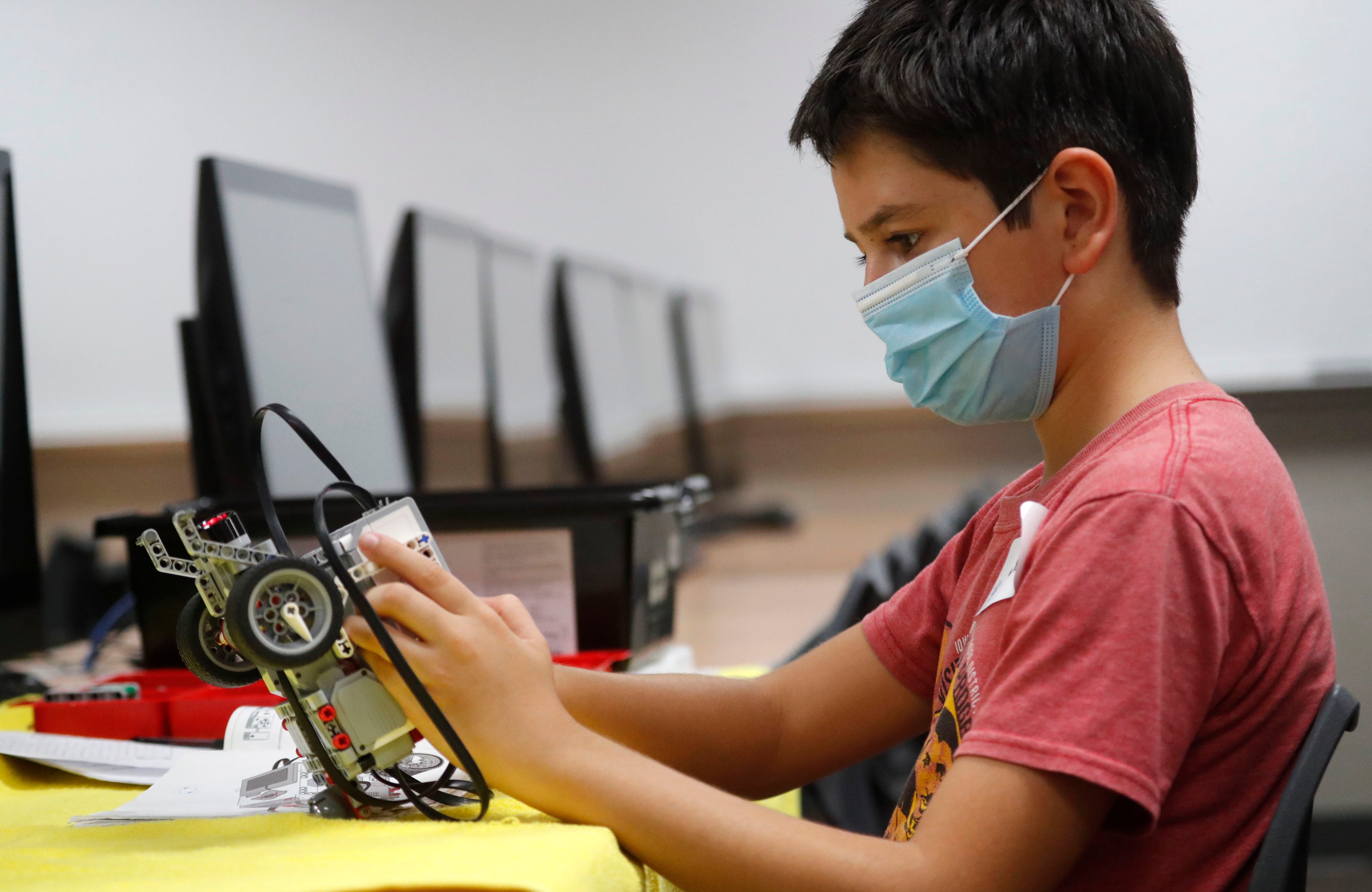