At the age of 16, Johnson was allegedly coerced by a friend’s older brother into buying bullets for a stolen gun, a weapon that would later be used in a murder. While he was absolved of any wrongdoing, he acknowledged his mistake, and his realisation that “this is not who I am, not who I want to be”. Dramatic though this teenage epiphany was, it did not spare him from embarrassment in his professional career. In July 2014, Johnson released a statement to confirm he was taking a leave of absence for “personal problems”, alleged to involve three failed drug tests, including two for cocaine. He denied it flatly, but admitted he had been drinking vodka to excess and was forced to address allegations of infidelity in his marriage to Paulina, daughter of ice hockey legend Wayne Gretzky.

Time, evidently, has been a powerful healer. Paulina has since become the mother to his two sons, River and Tatum, and walked every step of his peerless exhibition at Augusta beside him. “Having her dad as the greatest hockey player, she understands everything it takes to get where you want to be and the sacrifices you have to make,” he said. “You couldn’t ask for a better partner.”

Johnson’s talents, exemplified by the languid power he generates from those vast shoulders, have long been ascribed to a quirk of genetic fortune. Even those closest to him believed he lacked the discipline needed to exploit his natural attributes to the maximum. “He’s not the most dedicated player on the planet,” his former caddy, Bobby Brown, once said. “Thank God for the rest of us.” To judge by his devastating front-running these past four days, it might be time for Johnson’s pursuers to start saying their prayers.

At 36, a solitary US Open from 2016 had seemed a slight return on Johnson’s otherworldly potential. But a five-shot victory in the Masters, the major dearest to his heart and closest to his house, promises to instil a confidence that the sport is his for the taking. He expressed a hope last night that such a demolition would give him a “little spring”. The likelihood is that it propels him in one giant leap into the ranks of serial major winners.

It was not lost on Johnson that only two months earlier, he had been self-isolating in a Las Vegas hotel room after a diagnosis of Covid-19. As preparation for a strange November Masters, it was scarcely textbook. But just as he has a freakish capacity to screen out distractions, he has a formidable record of rebounding from adversity, this time scripting the type of redemption song that Augusta adores. Golf is Johnson’s world now. Everyone else is just living in it.

Mon Nov 16 , 2020
After several state officials saw a spike in COVID-19 cases tied to Halloween gatherings, health experts are urging students in higher education to either remain on campus or follow specific protocols in an attempt to stay safe from infection as the Thanksgiving holiday approaches. On Sept. 29, the Centers for […] 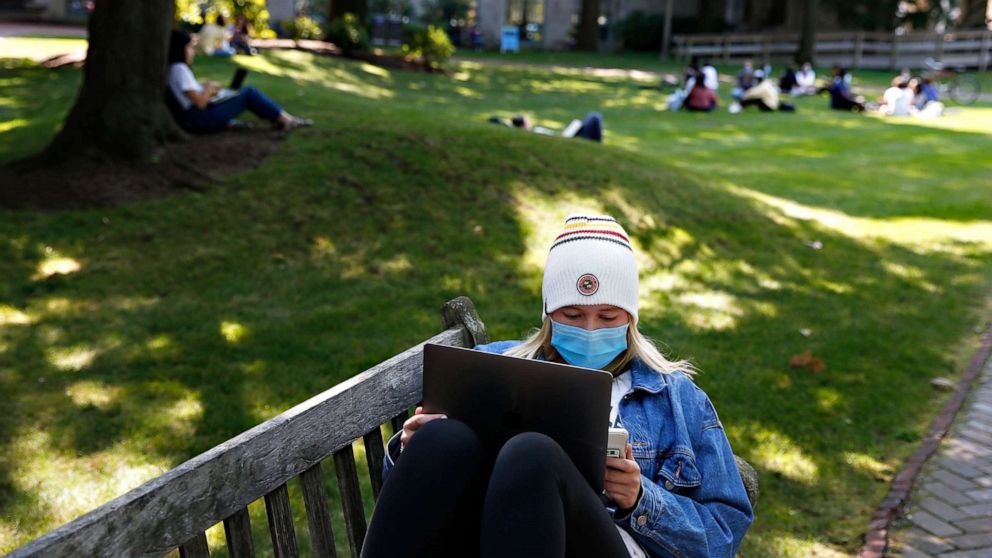