The team behind Jurassic World: Dominion would make John Hammond proud with how they’re sparing no expense when it comes to shooting the mega budget sequel, and the sixth entry in the franchise is already doing a much better job than Hammond did in terms of health and safety measures, having spent almost $3 million on COVID-19 tests and ensuring that everyone involved in the shoot is staying at the same hotel to minimize the risks.

Of course, this has no bearing on the quality of the movie itself, and longtime fans will be hoping that Dominion marks a return to form after the disappointing Fallen Kingdom. After all, the last two entries have reinvented the Jurassic series as one of the biggest brands in the industry after raking in a combined total of almost $3 billion at the box office.

Now that dinosaurs are roaming the wilds once again after 65 million years away from the top of the food chain, the possibilities are endless about where the story could be heading. It’ll still be a while yet before we see any footage, but two new set photos have now made their way online and the location of each couldn’t be more different, as you can see below.

This is a much better look at the Arctic setting we saw in grainy aerial snaps that surfaced not long after shooting had resumed, while the other location appears to be a museum of some kind. Maybe the dinosaurs in Jurassic World: Dominion have been hitting the books to try and catch up on all that they’ve missed, or perhaps we’ll be getting a full-blown talking Velociraptor to pay homage to Jurassic Park III‘s infamously bizarre airplane scene. Unlikely, but we can still dream.

Fri Oct 2 , 2020
Three hundred people lined up outside the newly-opened Primark at American Dream. On a Thursday. In the midst of a pandemic. Other retailers, like Hot Topic and Pac Sun, also had customers cued and waiting to to get in to shop for sweatshirts, jeans and other items. The coronavirus pandemic […] 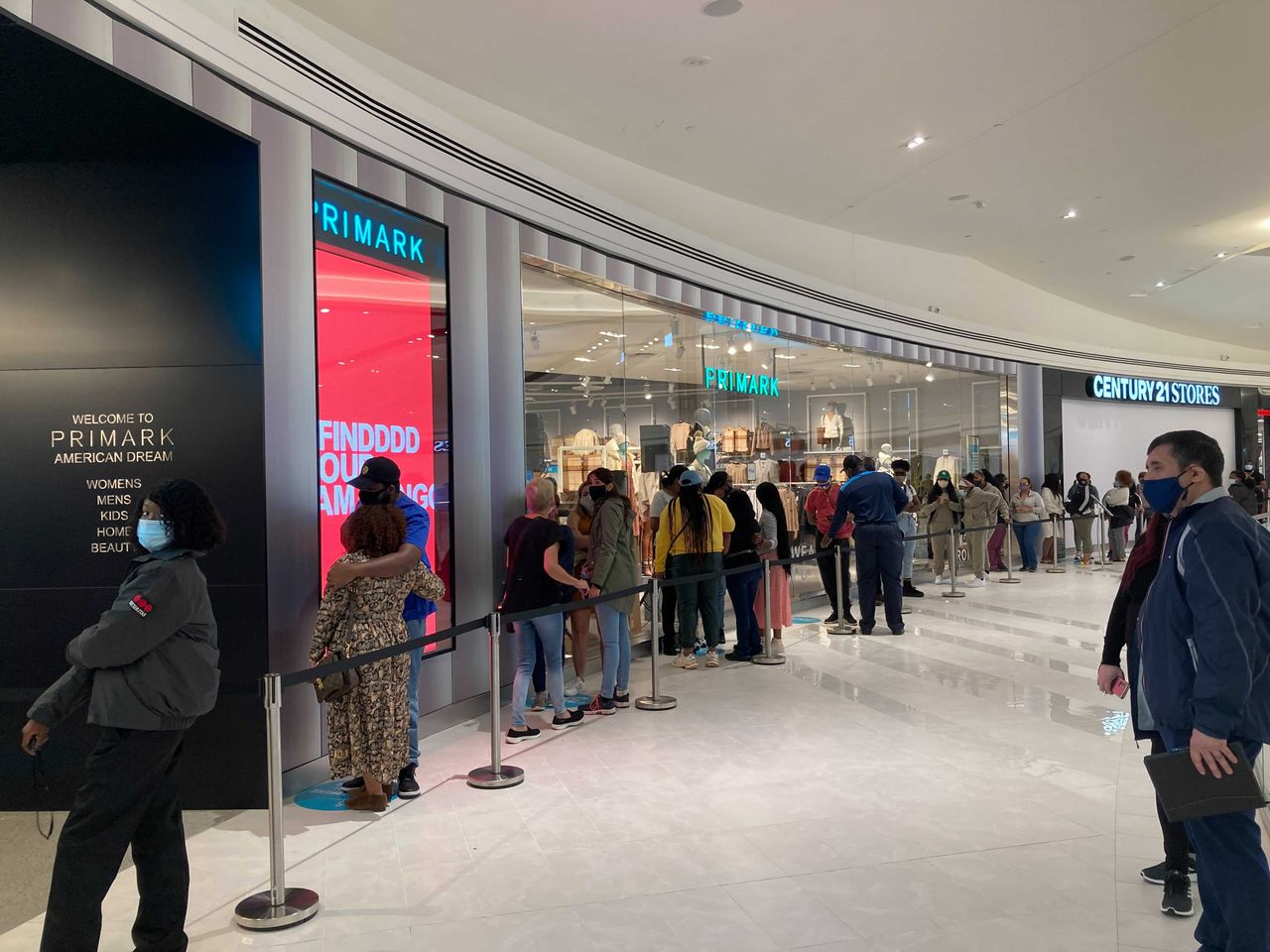