Christopher John Twomey grew up in Auburn, Maine. People called him CJ. Born in Massachusetts, he loved the Red Sox, serving in the Air Force and his family.

CJ was recruited to try out for an Air Force special operations unit — but he didn’t make it, as many don’t.

So the fun-loving young man with bright blue eyes and a big smile was home with his parents and younger brother, and he was drinking a lot. They didn’t realize he was suffering from depression.

In 2010, CJ killed himself. His mother says it happened during an argument they were having over where his life was headed.

But his story didn’t end there. Far from it. In the 10 years since, CJ’s ashes have been scattered in more than 1,000 places around the globe — including the Great Barrier Reef, the Great Wall of China, the London Marathon, the Olympics, and Mount Kilimanjaro. Some of his ashes went up into space, and a little bit closer to home, some were brought to his beloved Fenway Park.

This effort is the subject of a documentary from Spark Media, called “Scattering CJ.”

On how Twomey came up with the idea to honor her son and confront her grief:

Hallie Twomey: “I had seen the urn [of CJ’s ashes] every single day, and it just seemed like my bigger-than-life son … who just enjoyed adventure and traveling — it just didn’t seem like the right ending. So I asked my husband one day if he thought it would be crazy to ask friends, or friends of friends, if they might be willing to take a little bit of his ashes on their travels and just scatter some of his ashes. So we put that request out on Facebook and it ultimately went viral and led to where we are today.”

On how the filmmaker came to tell the story:

Andrea Kalin: “I saw a picture of CJ — this smiling, beautiful young man with a Red Sox T-shirt. It was in an article … a colleague who was in London sent it to me. And then I was wondering, ‘How did a picture of a young man with a Red Sox [T-shirt] end up in London and people are commemorating his passing?’ I was just really struck how when the Twomeys shared their story, it became like a collective heartbeat. Hallie speaks so openly and bravely … and [vulnerably]. And she makes others feel that they’re not beyond help. And I think they find strength in her story.”

On what Twomey asked people to do as they scattered CJ’s ashes:

Hallie Twomey: “I asked them to let him know that he was loved — that his father, his mother and his brother loved him. But most specifically that I’m sorry — the guilt I have felt for 10 years over missing what I still think I should have seen, or the lack of help that I think I didn’t give him. I needed him to hear from the universe or whoever would participate that I’m sorry. I’m very sorry… And, not a single offer or a single scattering has been more important than another. The offers that have come across, [including one] from a woman in … the central portion of the United States, and [she] just said, ‘I don’t have much to offer you. I know [CJ’s ashes have] gone to the Egyptian pyramids and the Great Barrier Reef. But I have a back yard. I run a daycare, and all I can promise you is that every day, CJ will be kept company by laughter and smiles and happiness.’ There’s not enough ways to say thank you. It’s pretty much guaranteed, because of this journey and because of the kindness of others, that anywhere that I travel on this vast planet, I would not be very far from my son. And that is breathtaking.”

Andrea Kalin: “In the years that we covered [Hallie] and the family, I always felt it wasn’t the places that CJ went, it’s the people who took him there. And it’s that … kindness that absolute strangers showed that is so moving and that has really helped [the Twomey family] heal.”

On CJ’s story bringing hope to suicide attempt survivors and their loved ones, who are featured in the documentary scattering his ashes:

Hallie Twomey: “It’s difficult, but I guess it reminds me and lets me … understand that the choice we made to start Scattering CJ and to ask people to be involved, that it actually has made a difference — that knowing somebody chooses a different path because they’ve heard of our son’s story or heard of our family’s story and the utter despair that we’ve lived with. I mean, suicide is a horrific beast. It changes everything. And to know that somebody chooses to not follow in CJ’s footsteps or that families can actually have open communications and conversations around what this really means, what life would be like if their loved one wasn’t there — it makes me really believe that this purpose, this intent that I have to share openly and honestly is a good thing.”

The film will be available for free online screening from Nov. 13 – 21. On Nov. 21, International Survivors of Suicide Loss Day, the filmmakers will hold a live virtual conversation with clips from the film.

Wildlights at the Columbus Zoo and Aquarium opens Nov. 20 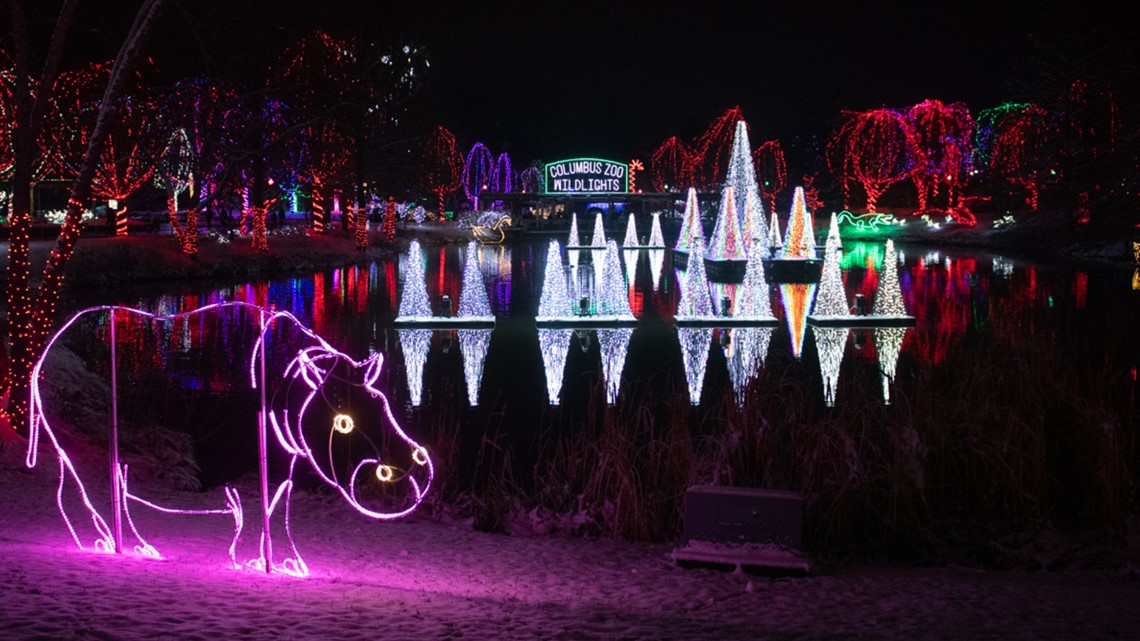