Walt Disney Co. plans to reopen its two California theme parks on April 30 after they were dark for more than a year, a key step in the entertainment giant’s recovery from the pandemic.

Disneyland and Disney California Adventure, which closed their gates on March 14 last year, are among the last of the company’s properties to welcome back customers. While Disney’s Paris resort is still shuttered, the four theme parks in Florida have been open since July. Hotels in California start reopening on April 29, the company said Wednesday.

In this file March 18, 2020, file photo of one of the normally bustling entrances to the Disneyland resort is vacant due to the coronavirus closure in Anaheim, Calif. (Photo: Chris Carlson, AP, File)

We’re offering a great deal on all-access subscriptions. Check it out here.

Disney has laid off 32,000 employees over the past year, most of them in the theme-park unit. The business, one of the company’s most profitable historically, has been crawling back slowly, with social-distancing precautions limiting attendance to about 35% of capacity in Florida.

Initially, attendance at the California parks will be restricted to state residents who book advance reservations. The company plans bring back more than 10,000 furloughed employees for the Disneyland reopening.

“We’re thrilled with the response we’re seeing from our guests in terms of future reservations,” Disney Chief Executive Officer Bob Chapek said Wednesday on Bloomberg TV. The bookings raise his “confidence that we’re seeing the light at the end of the tunnel for the pandemic.”

Prolonged closings in California became a contentious issue between park operators and Democratic Governor Gavin Newsom, who kept the properties shuttered long after those in other states reopened. Owners, local officials and related businesses have been lobbying to reopen for months, arguing theme parks haven’t been a significant source of Covid-19 outbreaks.

Chapek said he thought some changes brought about by the pandemic may last, such as the reservation systems for park attendance. Protocols such as mask wearing will likely be in place through the end of the year, the Burbank, California-based company said in February.

Chapek’s optimism about this year has been echoed by others in the destination-based entertainment industry. “People are really craving not only getting out, but craving creative experiences,” said Ali Rubinstein, co-CEO of Meow Wolf, which operates art installations in Santa Fe, New Mexico, and Las Vegas. “The future, and especially this summer, bodes very well for the industry as a whole.”

Disney will be watching movie theater attendance closely over the coming weeks to decide whether to stick with the May 7 release date for “Black Widow,” a highly anticipated new Marvel superhero film. Disney has delayed many pictures and has made some available for purchase at home at the same time they were released in theaters, including “Raya and the Last Dragon” this month.

“We’ll make the call, likely at the last minute, whether it’s Black Widow’ or any other title,” Chapek said.

He also responded to a question about the reception of the company’s film “Nomadland” in China, where authorities are wrestling with comments director Chloe Zhao made about the country.

“We’re really, really proud of Nomadland’ and all of our Academy Award nominees this year,” he said. “As governments across the world enable us to go and take our films there on various platforms, we’ll be there for them.”

Disney has been in talks with the National Football League to extends its rights to “Monday Night Football.” A crucial aspect of the company’s discussion with all leagues has been to gain online rights for its ESPN+ service, while obtaining terms that benefit Disney investors and keep traditional TV viewers happy.

“We want to make sure any deals we do with sports entities going forward not only envision the ability for us to toggle at will towards our direct-to-consumer platforms, like ESPN+, but also operate creatively for our shareholders,” Chapek said. “We will practice a hybrid model going forward.”

Disneyland, in Anaheim, California, is the company’s original resort. It was the second-most-visited theme park in the world in 2019, behind Disney’s Magic Kingdom in Florida. That year, 18.7 million people went to Disneyland and 9.86 million to neighboring California Adventure, according to data from the Themed Entertainment Association and the consultancy Aecom.

The company’s cruise ships, part of its parks and experiences division, remain in the dock. The company expects to receive guidance on restarting operations from federal authorities later this year.

Thu Mar 18 , 2021
DISNEYLAND is set to reopen with limited capacity and only to California residents after shuttering more than a year ago from Covid. Theme parks Disneyland and Disney California Adventure – which are located in Anaheim, California – are planning to officially reopen to the public on April 30, 2021. 7 […] 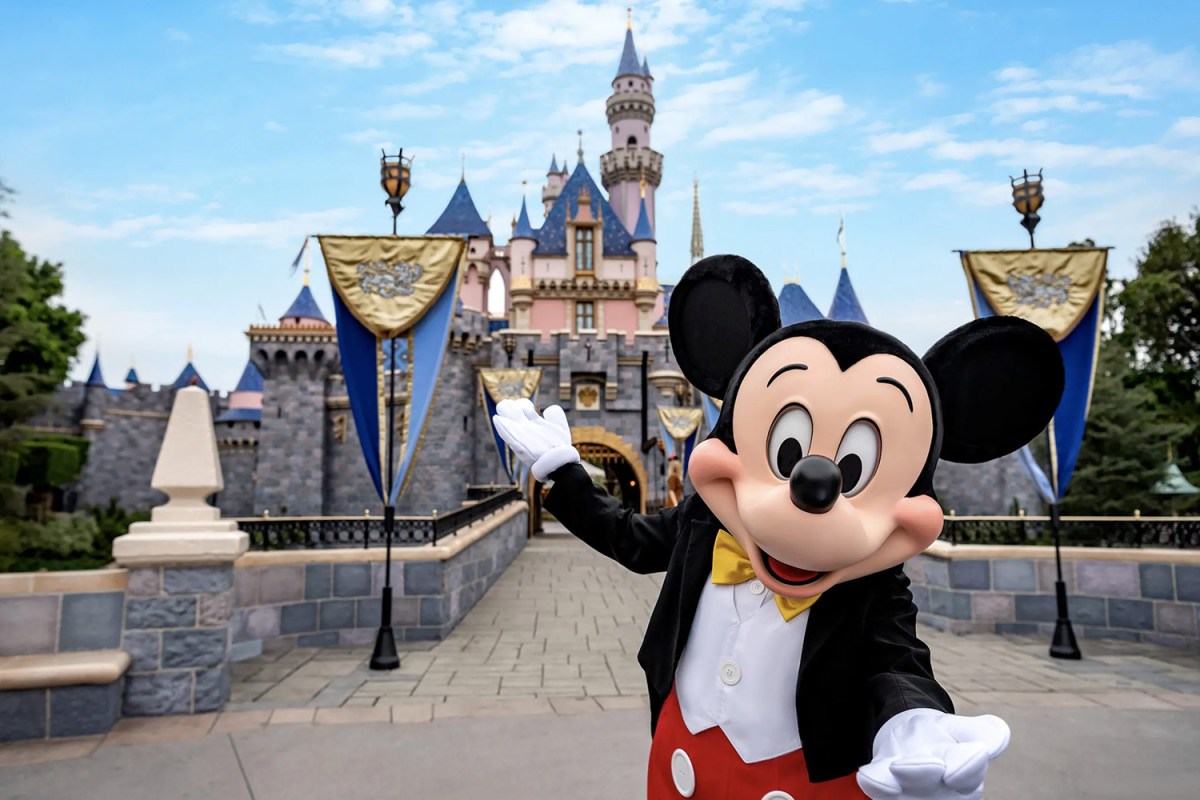