Happy St. Patrick’s Day! According to history.com, the holiday is named for a British — not Irish — missionary who died on this day circa 460 A.D. And while this has little or nothing to do with the Golden State, California officials are urging those who celebrate to do so wisely. “Remember to buckle up, slow down, don’t drive distracted and never drive impaired,” said California Highway Patrol commissioner Amanda Ray, as reported by NBC Los Angeles.

In California brings you top Golden State stories and commentary from across the USA TODAY Network and beyond. Get it free, straight to your inbox. 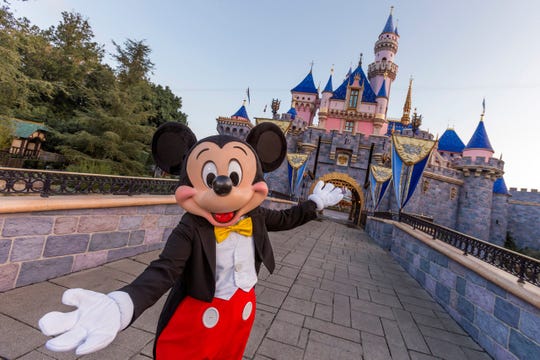 Characters like Mickey Mouse will be available, but at a safe distance, when Disneyland reopens April 30. (Photo: Joshua Sudock / Disney Parks)

Disneyland will reopen its gates to the public April 30, more than a year after closing due to the COVID-19 pandemic.

“Magic is finally returning to the Disneyland Resort theme parks,” Disney said in a blog post. “Disneyland park and Disney California Adventure park are planning to officially reopen to the public on April 30, with limited capacity.”

Theme parks, including Disneyland, are allowed to open at 15% capacity while in the red tier, the second-highest risk level, but only California residents will be allowed to buy tickets.

Disneyland will manage attendance numbers on a new “theme park reservation system,” which requires all visitors to make a reservation ahead of time, the post says.

Visitors will be able to experience fan favorite attractions such as “Star Wars: Rise of the Resistance” or the “Incredicoaster” and will have access to “new magic” including “Snow White’s Enchanted Wish,” which will open to guests for the first time April 30.

Disney CEO Bob Chapek said he was he was “absolutely thrilled’’ to announce the reopening date. 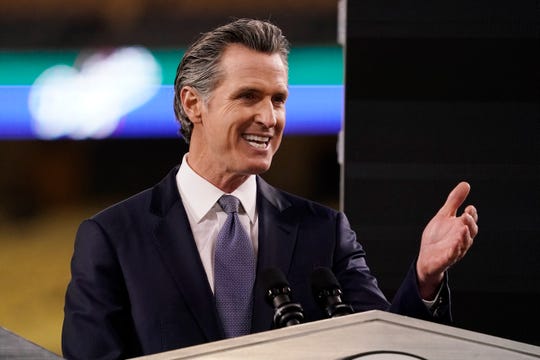 California Gov. Gavin Newsom isn’t new to criticism or attempts to remove him from office. In the two years he’s led the state, Republicans have crafted recall efforts five times.

But after being hailed as one of the nation’s most formidable leaders in the fight against COVID-19, the sixth attempt to recall Newsom looks like it will almost certainly lead to a historic recall election — something Newsom, himself, acknowledged Tuesday.

“Well, the reality is, it looks like it’s going on the ballot, and so we’re ready to go,” he said. “We will fight it. We will defeat it.”

The well-funded recall effort — promoted by determined Republicans, including Newt Gingrich and Mike Huckabee — is fueled in part by backlash to the governor’s strict coronavirus measures that angered some Californians and has gained momentum thanks to a lengthened recall process due to the pandemic.

“It’s really a rare experience for governors to face recall elections,” said Ken Miller, a state and local government professor at Claremont McKenna College in California. “Normally, you would think in California that Gavin Newsom shouldn’t have to worry about facing the voters.”

But, Miller said, that isn’t the case this time. Newsom could see an abrupt end to his political ambitions due to a number of factors, including the peculiar rules in a recall race.

The review of signatures collected to recall Newsom began Wednesday, but the process is expected to be lengthy, with an election not expected before fall. 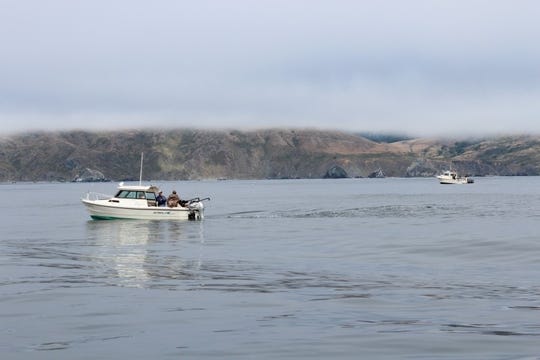 Some good news for salmon fishers: Monterey area will open.The recreational salmon fishery in the Monterey Management Area will open on April 3, but not on the rest of the California coast, due to poor stock assessments of Sacramento River and Klamath River fall-run Chinook salmon.

The Pacific Fishery Management Council, the federal management body that oversees salmon and other ocean fisheries, adopted three alternatives for 2020 ocean salmon fisheries off Washington, Oregon and California for public review. The Council will make a final decision on salmon seasons at its meeting in Vancouver, Washington, on April 5-10.

There are currently about 271,000 adult Sacramento Valley salmon now in the ocean off the West Coast, way below the 500,000 needed to support a decent salmon season. 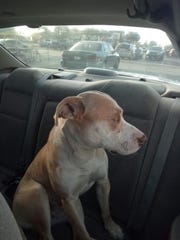 Kaine, who was lost for several days after an accident, has since been reunited with his owner. (Photo: Photo courtesy of Michelle Gleason)

An injured dog traveled 30 miles after a car accident in which his guardian had to be pulled out using the jaws of life. Thanks to a few locals and an arduous Facebook search, dog and human have been reunited.

Salinas resident Kejmar Cotton was in a car with his dog, Kaine, and some friends, on their way home from Sacramento. The car struck the center median and was totaled.

The humans were taken to the hospital while a scared Kaine ran from the car and was lost in the chaos. A few days later, Michelle Gleason, a friend of Cotton’s, started searching online for Kaine. She posted about the incident to a local lost and found pets Facebook page, and several days later, a group of local volunteers found the dog more than 30 miles from the crash near a hotel in the direction of Salinas. Gleason and Cotton drove to the area where Kaine had been spotted and were reunited with the animal. 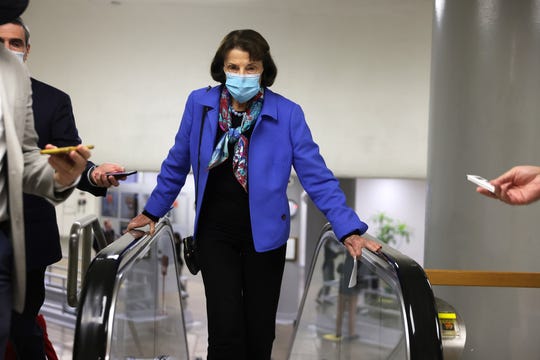 U.S. Sen. Dianne Feinstein (D-CA) is surrounded by members of the press as she arrives for a vote at the U.S. Capitol September 21, 2020 in Washington, DC. (Photo: Alex Wong, Getty Images)

In California is a roundup of news from across USA Today network newsrooms. Also contributing: CBS Los Angeles, history.com, NBC Los Angeles, San Francisco Chronicle. We’ll be back in your inbox tomorrow with the latest headlines.

As the philanthropy and special sections editor at The Desert Sun, Winston Gieseke writes about nonprofits, fundraising and people who give back in the Coachella Valley. Reach him at [email protected]