Fred Brown can technically keep his Disneyland-area hotel open under California’s current Covid-19 restrictions. But he’d need to make sure guests are doing essential work to fight the virus and not just getting away for a few days.

“Hotels are not allowed to open for leisure,” said Brown, general manager of the Desert Palms Hotel & Suites, a 10-minute walk from the Walt Disney Co. resort in Anaheim. “Only Covid-related essential business.”

California’s toughest-in-the-nation virus restrictions are inflicting pain on a lot of businesses like Brown’s. The state has refused to let Disneyland and other theme parks reopen, dealing a crushing blow to a region that attracted 50.2 million visitors and $13.5 billion in revenue last year. But with virus cases — and deaths — hitting records in Southern California, even proponents of theme-park reopenings say now is not the time to ask for a lifting of those restrictions.

Brown’s property has been closed since March. He let go all but three of his 180 workers, including his daughter, Kristen, who worked in marketing and social media.

“I laid off my daughter in April,” he said.

For several months, Brown, who serves as treasurer of the Visit Anaheim tourism association, lobbied Governor Gavin Newsom to allow all the parks to reopen. Eight mayors, including Eric Garcetti in Los Angeles and Anaheim’s Harry Sidhu, signed a letter to the governor in October, unsuccessfully urging the Democrat to change his stance.

After Disney reopened parts of its California Adventure park for shopping and dining, Brown considered reopening another property he manages, the Del Sol Inn, directly across the street. All that ground to a halt with the latest surge in cases.

Now it’s a stark contrast from a typical Christmas at Disneyland, which plans events to draw big crowds during the holidays. Disney, which had been openly urging Newsom to rethink his ban on theme parks just a few weeks ago, released a public-service announcement in mid-December urging residents to comply with Covid-19 precautions.

“We have to be careful,” Brown said. “We don’t want to be seen as uncaring and only thinking about money.”

About 45,000 people in the leisure and hospitality industry have lost their jobs in the region, according to Bureau of Labor Statistics data. Disney is Orange County’s largest employer, with 30,000 workers. Some 48,000 more have jobs tied to the resort. This week, Disney partnered with local charities to distribute food, diapers and other items to needy local families.

Most of the those who have lost their jobs or were furloughed are getting by on federal stimulus funds and unemployment checks, Brown figures. He worries that the cost of that insurance for employers will jump in the new year.

His daughter Kristen, 28, found part-time work pulling online grocery orders at a supermarket but quit after seeing yet another co-worker test positive for Covid-19. His son, Matthew, 25, is sticking with a similar job at another chain. He lives with roommates his age and is less concerned about spreading the disease to more-vulnerable people.

Brown said some changes as a result of the extended closure will be permanent. He won’t reopen the restaurant at the Desert Palms, which was never a moneymaker. He may lease the space to another operator or just use it for storage.

These days, Brown spends time at the hotel shooing away homeless people from using the property as an outdoor toilet. He’s investing in an alarm that he can trigger when trespassers are close. It’s better than risking his own life in a confrontation, he said.

Downtown Disney, a collection of stores and restaurants outside of the theme parks, reopened in July. It had been doing brisk business, with people often standing in line just to enter the outdoor mall.

Ultimately, that traffic didn’t do much for neighboring businesses, according to Dara Maleki, who runs the Pizza Press chain of restaurants, including one across the street from Disneyland. Most of the mall’s customers were locals not interested in big meals. They’d grab a churro and dash into one of several Disney stores.

“They’d come out bags full, but none of that reverberates to the local economy,” he said.

And even those visitors have slowed to a trickle since California clamped down on outdoor dining and the caseload has climbed. Orange County officials on Wednesday reported a single-day record of 4,406 new cases of coronavirus.

Takeout orders and deliveries haven’t been enough to support the Pizza Press chain, where business is down as much as 90% in some locations as result of the outdoor-dining ban.

“All we want for Christmas is a vaccine,” Maleki said.

Use a Five Dollar Challenge to Easily Grow Your Savings

Tue Dec 29 , 2020
Here at The Penny Hoarder, we kind of have a thing for Abe Lincoln. His face is profiled on our favorite coin after all. But as much as we love our pennies, we also like seeing Lincoln’s bearded mug on the front of the $5 bill. And saving $5 bills […] 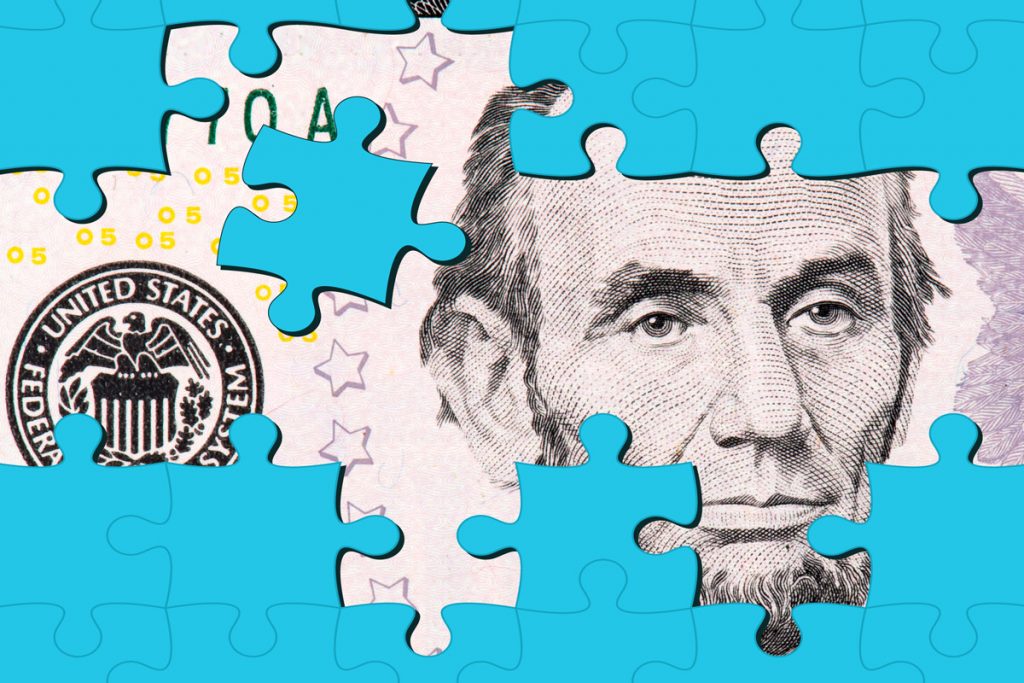