The Mouse House recently revealed that they’re looking to make exclusive streaming content their number one priority moving forward, which is just as well because at the moment, Disney Plus doesn’t have too many options for original movies and TV series that have the potential to grab headlines and dominate the online conversation.

Sure, Hamilton was a huge success, but aside from that and, obviously The Mandalorian, there haven’t been a whole lot of high profile titles added in 2020. Mulan may have generated a lot of attention despite being locked behind a paywall, but it’s probably fair to say that for the most part, the blockbuster received the opposite kind of publicity from what Disney were hoping for.

Still, the studio will continue on with new additions and December’s lineup has now been revealed, promising some exciting titles to dig into next month. Again, it’s a bit light on originals, but down below you’ll see that there’s a nice mix of classic movies, solid holiday outings and, of course, more of Mando and Baby Yoda’s adventures.

Anastasia
Mulan
Big
Big Sharks Rule
Man vs. Shark
The Nutcracker and the Four Realms
Sky High
Godmothered
The Mandalorian Chapter 14
Extras – Beyond the Clouds: Where It All Began
The Wonderful World of Mickey Mouse: Keep On Rollin, The Big Good Wolf

So, that’s what’s coming in December, and while there aren’t a ton of highlights on the roster, there are still a few things worth adding to your watch list. Aside from the new episodes of The Mandalorian, Tom Hanks’ classic movie Big will be arriving soon, while Mulan will also be free to watch beginning on December 4th.

Meanwhile, you’ve got Eddie the Eagle and Into the Woods coming on the 18th, and both are worth checking out, while the end of the month brings new Pixar effort Soul, which is sure to generate a good deal of buzz.

All in all, then, a decent crop of fresh content. But tell us, what will you be watching in December on Disney Plus? As always, let us know down below.

Thu Nov 19 , 2020
As ski resorts start to open for a new season, the coronavirus pandemic has prompted protocols such as socially distanced lift lines and reduced capacity for indoor dining. Yet the industry is also benefiting from Americans’ desire to get out of their houses and into fresh air.  “People are excited […] 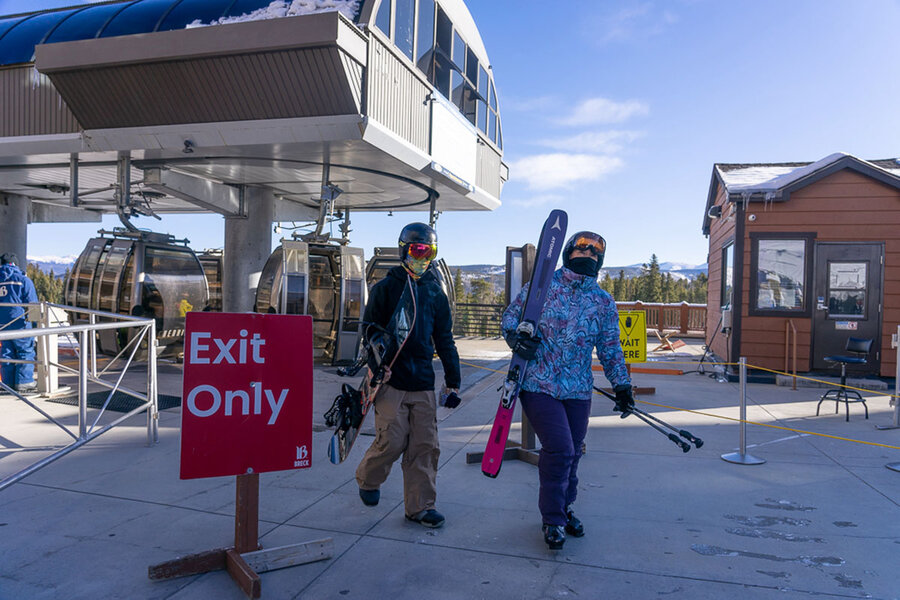